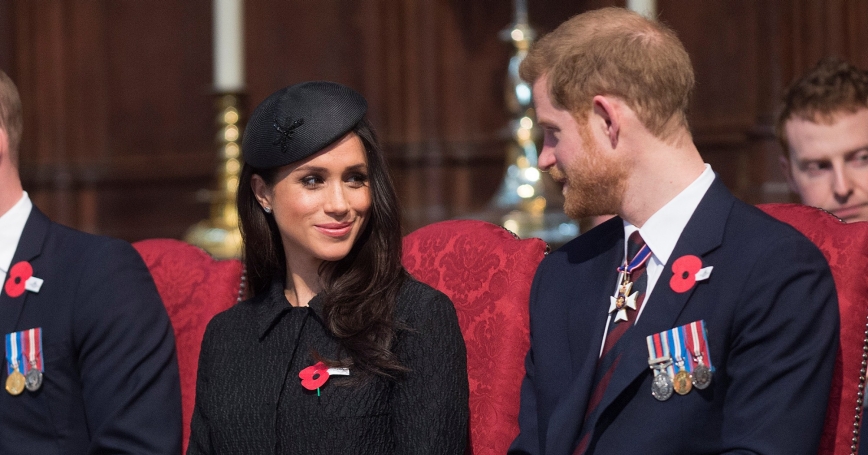 When Prince Harry and Meghan Markle asked the public to donate to social causes instead of sending wedding gifts, I held my breath with great anticipation.

The causes they chose would be sure to catch the world's attention. As a public health researcher, and ardent royal wedding fan, I finally could claim at least a spiritual connection to the British monarchy. The soon-to-be-married couple appeared to care deeply about public health.

On behalf of the prince and his wife-to-be, Kensington Palace released a list of seven charities that represent “a range of issues that they are passionate about.” It's a list that includes helping children growing up with HIV, homelessness, supporting hygiene programs for women in the slums of Mumbai, and bringing sport to disadvantaged youth.

I was struck by how these causes might continue to benefit from the royal spotlight long after the wedding Saturday in St. George's Chapel. By showing their support for important public health issues, Prince Harry and Markle could bring attention to a critical public health concept, the global burden of disease.

What is the “global burden of disease?” You can take semester-long classes on this topic in graduate school, but here's a simple summary: It is a report that periodically measures the level of disease, injuries and risk factors that can cause premature death, poor health and lead to disability. Having information on this from countries across the globe — and being able to examine the differences in health between men and women, old and young — is hugely important for public health. Why? Because when you know what may be causing death and ill health, you can try to do something about it.

Some royal watchers have observed that the wedding registry may also signal the causes the couple plans to devote themselves to going forward. If so, this would continue to highlight some critical public health lessons about the global burden of disease and help generate attention and funding to address the leading causes of death and poor health in the world today.

At least one of their chosen causes — HIV — was championed by Prince Harry's mother, Princess Diana, in the late 1980s at a time when HIV/AIDS was little understood. She did a simple thing, shaking the hand of a man who had AIDS. But she didn't wear gloves, publicly challenging the notion that the disease could be transmitted from person to person by touch. That moment is credited with changing public attitudes about the disease.

Harry and Meghan are bringing renewed attention to HIV, one of the top five leading causes of death.

Through their call for support of Chiva — the Children's HIV Association of the United Kingdom and Ireland — Harry and Meghan are bringing renewed attention to HIV, which is one of the top five leading causes of death, according to the latest Global Disease Report.

Harry has campaigned for people to take HIV tests and even took one publicly in 2016. The world may be experiencing what has been called “global fatigue” in terms of HIV, meaning that people are simply tired of hearing about it and donating money to fight it. But Chiva's place on the wedding registry is a prominent reminder that HIV is not a disease of the past.

The selection of Scotty's Little Soldiers, a charity for children who have had a parent die while serving in the British Armed Forces, reminded me of a complicated lesson regarding the impact of armed-conflict and related violence.

The Global Burden of Disease report found that deaths due to conflict and terrorism have more than doubled over the past decade. Recent conflicts such as those in Syria, Yemen, South Sudan and Libya, are major public health threats, in terms of casualties and because they often lead to long-term physical and mental consequences. A 2012 study in the journal of Medicine, Conflict and Survival showed conflict can also increase a whole range of diseases because clinics are shut down, supplies run short, and deaths occur that could have been avoided.

A third charity on the list, StreetGames, also spoke to another alarming reality highlighted by the Global Burden of Disease report. As the organization brings sport to disadvantaged communities across the United Kingdom, it helps address what the report frames as “one of the most alarming risks” in health — excess body weight. Obesity is the fourth-largest contributor to people dying at younger ages than ever before, according to the report.

Before walking down a wedding aisle even became a possibility, American actress Markle defined herself as a philanthropist and activist. By linking specific charitable causes to their wedding, she and her prince may help improve the lives of everyday people around the world. Now that sounds like a fairytale ending.

This commentary originally appeared on Fox News Channel on May 17, 2018. Commentary gives RAND researchers a platform to convey insights based on their professional expertise and often on their peer-reviewed research and analysis.