Politics in India—Not Business as Usual 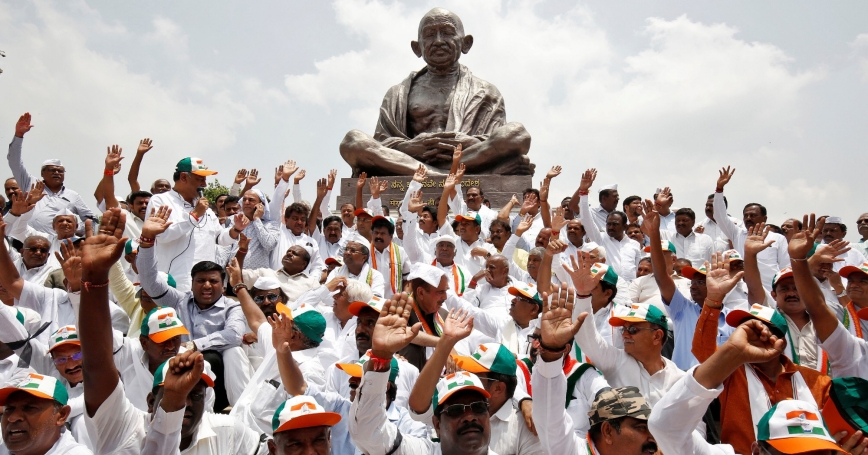 May 28th's by-elections to Lok Sabha (the lower house of India's Parliament) seats and local assembly seats delivered the second setback for the month to India's ruling party, the Bharatiya Janata Party (BJP), after it lost elections on May 12th in the state of Karnataka, India's eighth most populous state. Combined with losses in earlier parliamentary by-elections, the BJP's strength in the 539-member Lok Sabha stands at 272, down from 282 when it came to power in May 2014.

While these results are setbacks to be sure, they may not portend electoral doom for the largest, best organized and richest party in Indian politics going into next year's elections. A lot will likely depend on how united the opposition parties can remain.

In many countries, including India, such reversals for a ruling party in between national elections have been attributed to anti-incumbency: the ruling party loses votes due to deliberate decisions by past supporters to temporarily indicate their dissatisfaction on particular issues by either voting against the ruling party or abstaining during interim elections.

However, that does not seem to have happened in India in recent years. Total voter turnout in the Karnataka by-election was a record 72 percent, beating the turnout last time around in 2013 of 71 percent (which itself was a record at the time). There was some decline in turnout in some districts, but overall no downward trend. The BJP's vote share has, on average, remained the same in by-election years as its vote share of 31 percent in the 2014 national elections (its vote share even increased marginally in the Karnataka elections).

For this, the BJP has only itself to blame. In an effort to further increase its vote share, it has been an aggressive campaigner in state elections over the past few years. For example, not for the first time, Prime Minister Narendra Modi inaugurated a high-profile infrastructure project (in this case, an expressway) with a high-profile event in a constituency adjacent to one going to the polls on May 27th (the day before the election). Inaugurating one within a voting constituency would have broken the law, so by staying outside the district, Modi's move was lawful. But several observers, including two former chief election commissioners, have questioned his conduct. The BJP lost that seat anyway.

A tolerance of violence has been a second feature of the BJP regime, particularly against religious minorities, mostly Christians, Dalits (castes subject to untouchability rules), and Muslims. A report in 2017 by the Pew Research Center ranked India the fourth worst country for social hostilities related to religion, after Syria, Nigeria, and Iraq. Such religious violence has been an important tool for political mobilization based on religion.

Worsening matters, the media has struggled to play an impartial role in the face of religious polarization. India ranked 138th of 200 countries in the annual World Press Freedom Index 2018 rankings. A sting operation against large media houses by a small media group, Cobrapost, exposed some potentially alarming findings in its latest release on May 26th. Code-named “Operation 136” (so-named after India's rank in the 2017 World Press Freedom Index), the sting operation appeared to show that the business operations of several of the country's largest media houses were ready to accept funding for advertising religion-based political ideologies of groups. In some cases, these media houses seemed even open to influencing their reporters into incorporating such polarization into editorial content. Needless to say, both activities, if proven true, run afoul of Indian law.

Perceiving the official use of government machinery against it and short of funds—the Congress Party even started a crowdfunding appeal in May. Worried that polarization would erode their largely secular voter banks, the once fragmented opposition has been forced to unite to survive.

In prior elections, the BJP sought to build coalitions with parties other than the Congress on the theme that India needed to be “Congress-free” Today, the new mantra of those same smaller parties is that they are not the BJP and need to ally with the Congress. The Congress, facing the same threat of irrelevance, has been willing to play a minor role within alliances based on its recent vote share.

This is a dramatic turnaround for the Congress, which once saw itself as India's natural ruling party and accepted alliances with disdain. The change is driven by Rahul Gandhi, who succeeded his mother, Sonia Gandhi, as Congress president last December.

In doing so, the Congress Party is arguably merely being realistic. Its share of the national vote fell from 29 percent in the 2009 national elections to 19 percent in 2014 (and its seats in the Lok Sabha fell from 206 seats to 44 seats). Since the 2014 elections, it has been winning back seats but slowly—after 27 by-elections since then, its strength in the Lok Sabha now stands at 48 seats. There seems to be no chance that it could defeat the BJP on its own in 2019.

The downside is that by creating alliances, the Congress is helping ensure that its national vote share will stay around the same in 2019 as it was in 2014. But a Congress-lite Parliament, with about 20 percent of the seats and with a Congress Party Prime Minister or Deputy Prime Minister, is probably preferable for those in Congress Party to Gandhi spending another five years leading the opposition.

The basis of the new alliances being built, other than anti-BJP'ism, is likely to remain unclear since the opposition parties differ in economic ideology, sub-ethnic loyalties, and regional affiliation. In the past, these were strong enough grounds for such parties to compete bitterly with each other.

It remains to be seen, however, if the unity of the opposition alliances will survive into next year's elections. The BJP is the best-funded party and will go into the 2019 campaign as a united party with a majority in Parliament and in power in 21 out of India's 29 states. Gandhi and his opposition colleagues have their work cut out for them.

This commentary originally appeared on Foreign Policy Concepts on June 14, 2018. Commentary gives RAND researchers a platform to convey insights based on their professional expertise and often on their peer-reviewed research and analysis.