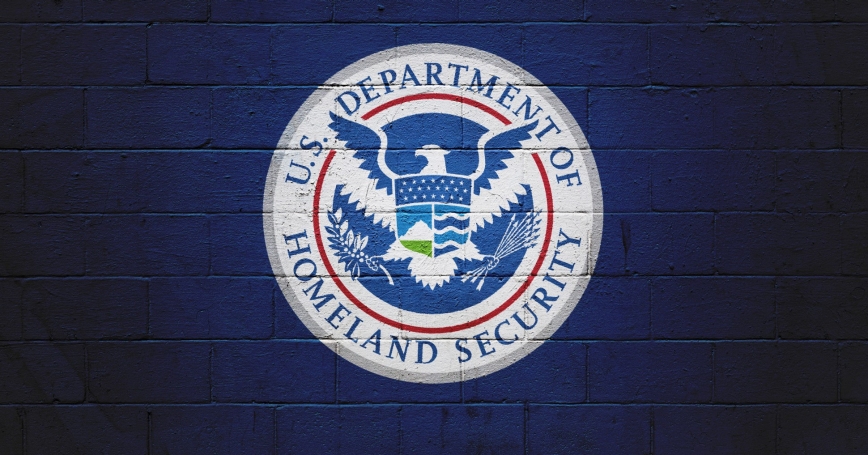 Vacancies at the deputy level in the Department of Homeland Security are beginning to pile up. Since the spring, the department has been without a permanent deputy secretary, a critical position in the third-largest Cabinet department in the federal government. And a half-dozen key managers in operational or DHS support roles have been serving as acting deputies.

Vacancies in key management positions in DHS—which is made up of 22 distinct organizations with a combined workforce of 229,000—will likely present a challenge to the implementation of Trump administration government reform and reorganization proposals released last month (PDF). The plan contains several transformative recommendations to reorganize government agencies.

Several of the proposals could reorganize parts of DHS, including the responsibilities of the department's headquarters in management activities. Air and marine programs and intelligence and operations programs also could be restructured. The administration's reform proposal provides DHS an opportunity to increase efficiencies. However, this opportunity is at risk given the absence of critical decision-makers responsible for implementing these reforms.

DHS operational components including U.S. Customs and Border Protection, the Federal Emergency Management Agency, and U.S. Citizenship and Immigration Services have acting deputies. In some cases, the acting officials hold their new job along with their permanent one. The Transportation Security Administration's deputy administrator has been on the job about a month. The new deputy director for Immigration and Customs Enforcement (ICE) also serves as the acting ICE director.

The empty bench of deputies isn't confined to DHS operational components. Support offices with acting deputies include the Office of Intelligence and Analysis as well as the Science and Technology Directorate. The deputy in the Office of Strategy, Policy, and Plans is also the acting head of the office.

Several years ago Tom Ridge, the first DHS secretary, testified during a Congressional hearing (PDF) on the department's vacancies that “you simply cannot build nor can you sustain a mission-focused culture” with a high number of vacancies and leaders who do not have permanent status.

Effective department and agency deputies are essentially chief operating officers who ensure the organization runs efficiently and effectively. Here are some of the ways these deputies promote positive outcomes:

Strategic decision-making: Agency deputies make important independent decisions in addition to implementing the vision of the agency head. When Jeh Johnson was the head of DHS from late 2013 to early 2017, he created the Deputies Management Action Group, a decision-making body comprised of the DHS deputy secretary and agency deputies. The group has been an important arbiter of key decisions concerning strategy, resource allocation, acquisition requirements and operational planning in DHS—and deputy vacancies will likely have a major impact on its ability to affect change.

Management: Agency deputies take a lead role in the back-office functions that support vital DHS missions. An absence of deputy leadership in areas such as acquisitions, human capital and agency budgets could lead to inertia in these areas. An acting official could be hesitant to make decisions that are controversial or could hamstring a permanent successor.

Continuity: A permanent deputy is required to fill-in for an agency head when the position becomes vacant. However, acting deputies may have a narrower set of responsibilities and may not be prepared to lead the agency.

Morale: Vacancies on the leadership team place more of the burden of employee engagement on senior officials whose plates are already full, according to the annual Federal Employee Viewpoint Survey.

Having permanent leadership in these posts could help the Trump administration carry out its reform plans at DHS.

Recently, legislation was introduced in the Senate that would give the administration the authority to implement its reform plan. The House Oversight and Government Reform Committee also held a hearing to examine the overall plan. As DHS assesses how it might address the plan's proposals, filling existing vacancies at the “chief operating officer” level across DHS could position the department to better implement any reorganization. Permanent leadership may be able to provide the direction and analysis the proposals might require, and it can also bring a renewed focus management of these organizations.

Ryan Consaul is a senior international/defense researcher at the nonprofit, nonpartisan RAND Corporation. Previously, he was a subcommittee staff director for the House Homeland Security Committee, where he was responsible for oversight of the management of the Department of Homeland Security including acquisition management, human capital issues, employee integrity, information technology issues and financial systems.

This commentary originally appeared on The Hill on July 12, 2018. Commentary gives RAND researchers a platform to convey insights based on their professional expertise and often on their peer-reviewed research and analysis.