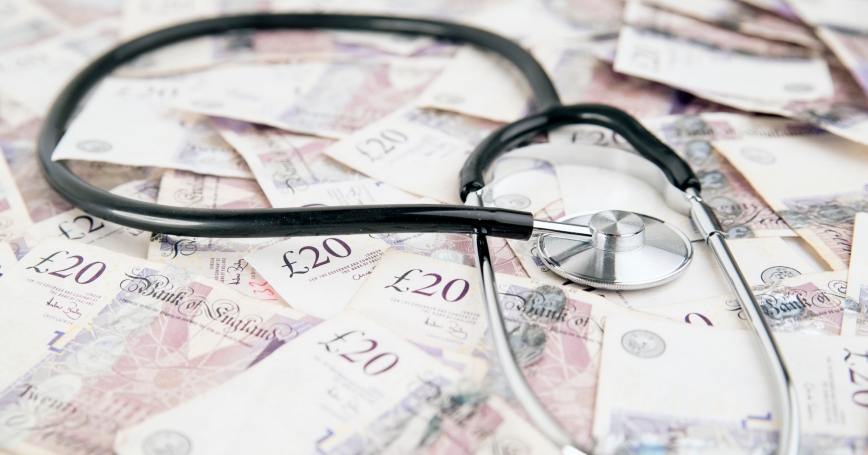 Having a “health tax,” where the revenues can only be spent on the NHS, is an idea often aired when debating how to raise more public funds for such a good cause. The case for raising a lot more money to pay for health and social care in the UK (and many other places) over the next few years is strong. Forecasting the precise numbers depends on many assumptions but in any event they amount to billions more pounds next year, and further billions more every year after that, cumulatively.

“Hypothecation” is the jargon name for the explicit earmarking of revenues from a particular tax so that they are only used for the advertised purpose. It could just as well be considered for public funding of social care. Recent research for the Health Foundation reveals (among many other things) that the idea of hypothecating a tax for health or social care has been actively considered in several countries.

So-called “hard hypothecation” of a health tax would mean that the amount of money available for public spending on health care would be limited to the revenues raised by that tax. There are no “hard hypothecated” taxes in the UK yet, although the television licence fee, which provides most of the funds for public television, radio and internet broadcasting by the BBC, comes close. With “soft hypothecation,” the specified tax would fund only part of total public expenditure on health care, the remainder coming from the rest of the tax “pot.” Another type of “soft” hypothecation is when the government states that the additional revenue raised from a tax increase (eg an extra 1% on the rate of National Insurance contributions) will be spent entirely on, for example, health or social care.

Hypothecation for health care might involve so-called “sin taxes.” These tax consumer expenditure on health-damaging products such as tobacco, alcohol and sugar. Sin taxes can appear attractive as a source of funds for health care as they simultaneously raise revenues and discourage unhealthy behaviours. In our research, we found that while many countries, including the UK, levy taxes on tobacco and alcohol, the revenues raised are typically not earmarked for spending only on health care. Also, in most countries, taxes on health-damaging goods are aimed at cutting unhealthy consumption rather than at meeting growing demand for funds for health or social care services.

Hypothecation contrasts with the situation in the UK today where citizens see their tax payments going into an undifferentiated pot of government revenues, which they know will be spent on a wide variety of ends, some of which they may not support. Might linking a tax explicitly to a promise to spend it only on health or social care, say, make taxpayers willing to pay more tax? That is what advocates of hypothecation hope. But it won't happen if the government is not trusted to keep the promise. It is also not straightforward to establish a tax whose revenues will rise in step with the demand for health care, especially when the economy is in recession.

What Does Our International Research on Hypothecation Show?

Our international research revealed that hypothecating tax revenues for health care or social care is not common — some countries have considered it and even fewer have used it. In France since 1998, employee payroll contributions to mandatory health insurance have been slowly replaced by a hypothecated tax called the “general social contribution” (CSG). The CSG is based on total income rather than on only earned income and was adopted as part of attempts to broaden the social health insurance system's revenue base.

Italy's publicly funded health care is partly financed through a number of hypothecated taxes: an earmarked corporate tax on the value added of companies and public sector salaries; a regional surcharge of up to 0.5% on the national income tax; and a fixed proportion of national VAT revenue used to supplement funding in poorer regions. A novel approach to hypothecating a small part of income tax is also in operation in Italy. Individuals can choose to allocate 0.5% of their income tax payments to any of a list of non-profit organisations, including (but not limited to) those delivering or supporting health care and social care. However, the sums these payments add are a tiny proportion of total public spending on care.

Earmarking taxes for public funding of health care or social care is clearly an option worth considering. However, whether it will be popular in the UK remains unclear. Shedding light on the public's preferences for different ways to pay for health and social care will be vital if the UK is to raise the billions of pounds needed each year.

This commentary originally appeared on The Health Foundation on July 9, 2018. Commentary gives RAND researchers a platform to convey insights based on their professional expertise and often on their peer-reviewed research and analysis.