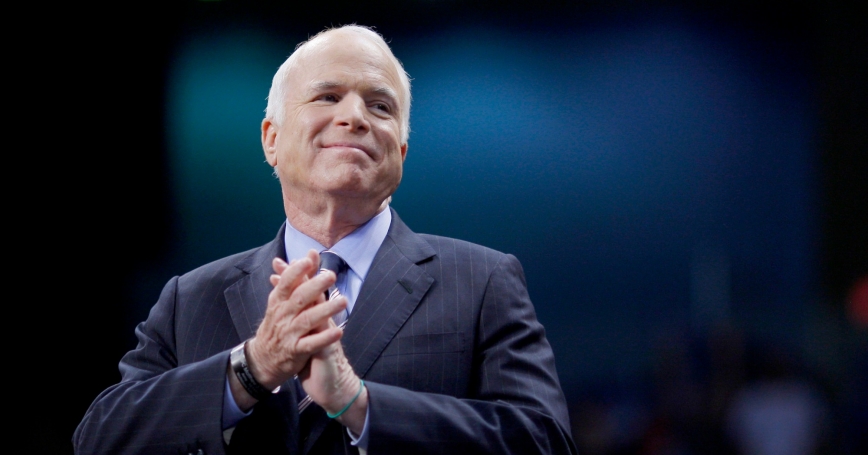 Senator John McCain (R-AZ) listens as he is introduced at a campaign rally in Fayetteville, North Carolina, October 28, 2008

By his own admission, retired Navy Capt. and Sen. John Sidney McCain III was an “imperfect” warrior and public servant. He died on Saturday at 81 with the respect of many friends, and more than a few foes too, as well as unfinished battles in Washington that will now fall to his successors in the Senate.…

Phillip Carter is a former Army officer who is now a senior researcher at the nonprofit, nonpartisan RAND Corporation.

This commentary originally appeared on Slate on August 26, 2018. Commentary gives RAND researchers a platform to convey insights based on their professional expertise and often on their peer-reviewed research and analysis.