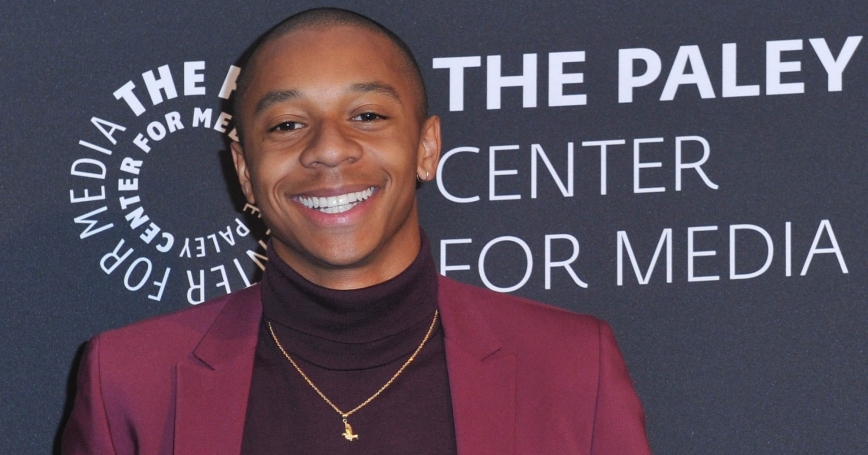 While diving in to the second season of the Netflix dramedy Dear White People, I saw lessons for public health in a story line about two young men of color navigating dating and a new relationship with each other. The public health response to this couple would likely focus on how protection during sex between men is critical to reducing the risk of HIV. But Dear White People reminds us in subtle and sometimes explicit ways how complicated such a relationship can be, presenting a rich picture that illustrates how a range of factors shapes whether protection is considered and actually used during sex between men.

The public health community has often focused on disease-based models of health, meaning that doctors treat a specific disease without considering other aspects of the person's experience that could contribute to the illness. So health officials often approach sex education, and especially sex between men, by relaying simplified messages about the importance of using condoms, for example, without broader recognition of how negotiating that use can be complicated by such factors as the newness of a relationship or how much the couple trusts each other.

But any public health program or policy solely focused on a single risk behavior is unlikely to achieve the goal of reducing the number of people infected with a disease, according to a study in the American Journal of Public Health. A more holistic approach would address the different ways in which gender, sexuality, and sexual desire intersect with racial and socioeconomic backgrounds to influence someone's sexual decisionmaking.

On Dear White People, awkwardness abounds as the two young men—Lionel and Wesley—move toward each other and attempt to figure out whether and how to date in college. There is a great deal of texting with emojis, seemingly de rigueur when it comes to dating these days. Their scripted in-person conversations are sweet and tempered with self-conscious moments as is their physical intimacy. These depictions dramatically differ from the oft-depicted stereotype of hypersexualized men of color who masterfully navigate any social situation. The stereotype likely contributes to the notion that men of color are at increased risk for HIV because they have multiple partners when it's more complicated than that. For instance, many may not have enough knowledge about safer sex practices to fully protect themselves against the risk for HIV.

For some time, public health programs have mainly addressed the disproportionate impact of HIV on young men of color. Gay and bisexual men from age 13 to 24 account for 55 percent of people diagnosed with AIDS, according to the most recent numbers from the Centers for Disease Control and Prevention. Of those men, nearly 40 percent are African-American and 24 percent are Hispanic/Latino, with the fastest increase in the number of new HIV infections occurring among Hispanic/Latino men.

There are several reasons why public health researchers have struggled with how best to address rising rates of HIV in general and especially among young men of color. One of the most challenging is the stigma associated with identifying as a gay or bisexual man, which leads many to not publicly identify as such. To counter this reluctance, public health officials came up with a term that could identify people who practiced the behavior without getting into the politics of what it means to identify as gay or bisexual—“men who have sex with men.”

But in a book published late last year, thought leaders in the field of HIV said placing all “men who have sex with men” into one monolithic category obscures important differences because it fails to take into account diverse identities, behaviors, and sexualities. The authors urged public health researchers to consider how elements such as race, socioeconomic status, and power dynamics within a relationship influence sexual decisionmaking.

Some of these factors are evident on Dear White People. At first, Lionel is interested in another character who is openly gay and seems to have had many sexual partners. Lionel consistently appears to lack self-confidence in this relationship, but that changes in his next one, with Wesley. They become equal partners (especially when it comes to awkwardness). The show includes some intimate scenes, but it doesn't relay if condoms are used or how condom use is negotiated. Still, the shift in power dynamics can speak to the broader public health lesson that the decision to use or not use condoms can be influenced by the undercurrents of a relationship.

In the cross section between health and pop culture, public health lessons are often the result of the nuanced approach—whether inadvertent or intentional—of a TV show or movie or due to celebrity bringing attention to an issue such as bipolar disorder or the enduring stigma of HIV. Refreshingly, this time it's the other way around: Public health could learn a thing or two from pop culture.

Tuning in to the latest season of Dear White People might help public health researchers see how the public health focus on risk could be better tailored to account for relationship dynamics, how sexual identities can be fluid and how gender roles can influence sexual decisionmaking. And it also might remind them how complex young love can be.

This commentary originally appeared on Scientific American on August 7, 2018. Commentary gives RAND researchers a platform to convey insights based on their professional expertise and often on their peer-reviewed research and analysis.