Ammonia – Why the Big Stink? 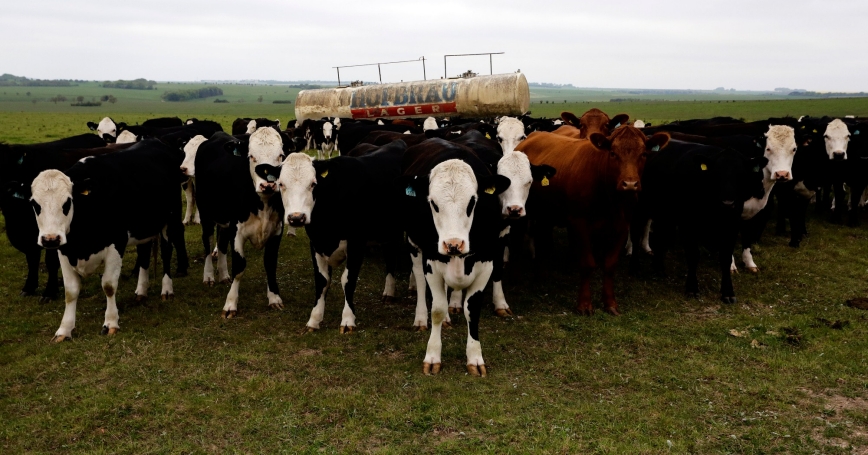 Cows line up for feeding on Salisbury Plain in Southern England, May 20, 2012

Today, the Royal Society and RAND Europe have published an evidence synthesis on 'The impact of ammonia emissions from agriculture on biodiversity.'

Ammonia is a colourless gas and its most distinguishing feature is its pungent smell, as many agricultural workers will have experienced. The main source of ammonia in the UK is the agricultural sector, making up 82% of all emissions. Slurry spreading is the biggest culprit. Ammonia can bind with other particles in the atmosphere and travel long distances, being deposited on landscapes and in cities far away from the original source.

So Why the Interest?

Trends illustrate a decline in the levels of many common air pollutants in the UK, but ammonia is the exception. There is increasing awareness of the hidden health threats of ammonia. In cities, ammonia interacts with other pollutants and contributes to particulate pollution, with subsequent impacts on cardiovascular and respiratory health.

Less well documented than the health effects are the significant impacts that ammonia pollution can have on the natural environment. Native bog and heathland landscapes are one of the most impacted by ammonia pollution. Forests and grasslands are also affected. 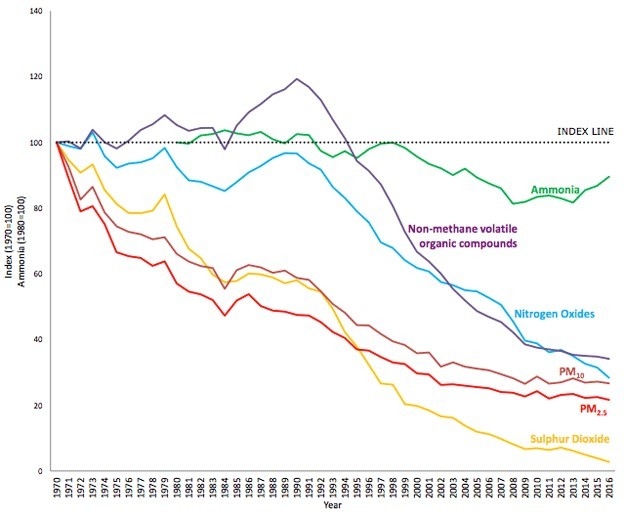 With the Government's proposed new Clean Air Strategy, and changes to agricultural and environmental policy as the UK leaves the EU, there is a current need for evidence on this topic. With this and our recently published evidence synthesis principles in mind, the Royal Society and RAND Europe have been working collaboratively to draw together current literature on the impacts of ammonia from agriculture on biodiversity.

What Are the Dangers?

Our study shows that there is clear evidence that ammonia has significant impacts on plant biodiversity, and that certain species and habitats are particularly susceptible, such as bogs and peatland, heathland, forests and grasslands. Economic analyses suggest this damage could be significant, particularly when health impacts are also taken into account. By 2020, damage from ammonia pollution could amount to an impact equivalent of more than £700 million per year[1] in the UK.

What Can Be Done to Address This?

Thankfully, there are many options to reduce ammonia emissions, from the way animals are housed and fed on farms to how slurry fertiliser is applied and stored. Compared to the costs of damage caused by ammonia pollution, our synthesis indicates that most of these options are cost effective.

The challenge is that many of these options incur up-front costs for the farmer, and with a lack of public awareness or support for ammonia reduction, it is difficult for farmers to justify increasing the price of their products to cover this. Alongside financial support, there is also a need for training and awareness raising among the farming industry to support the introduction of new practices.

Ammonia pollution doesn't just harm our health but reduces the richness and diversity of our countryside. As new policy frameworks are implemented, there is an opportunity to support farmers to make the changes necessary to reduce ammonia pollution. To help inform policy development, the report has been submitted to the recent consultation on the UK government's clean air strategy. The work forms part of an ongoing programme of work at Royal Society that aims to address some of the current challenges facing the UK's rural environment.

This commentary originally appeared on The Royal Society on September 17, 2018. Commentary gives RAND researchers a platform to convey insights based on their professional expertise and often on their peer-reviewed research and analysis.