All Health Policy Is Local: The Case of the Individual Mandate Penalty in New York 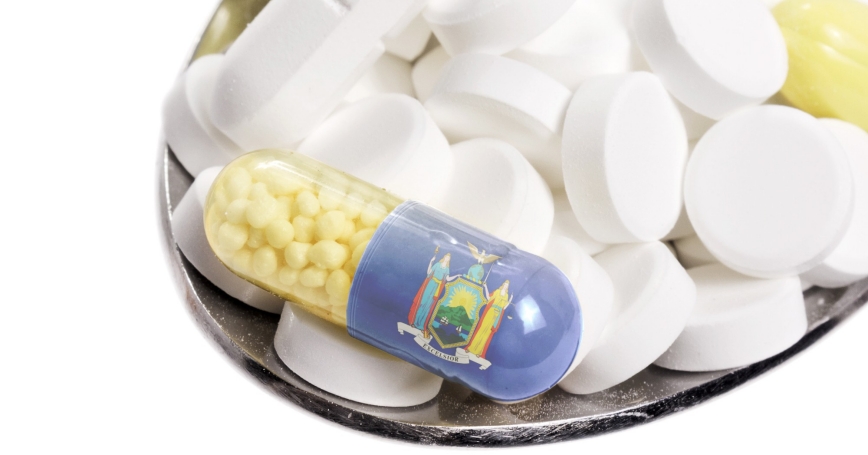 Although signed into law in 2010, the Affordable Care Act has been in constant flux, with key aspects changing due to time-dependent provisions, Supreme Court decisions, and shifts in U.S. policy. The effects of changes to the ACA on health insurance enrollment and premiums often depend on state regulatory decisions and other state-specific factors. The elimination of the individual mandate penalty is a prime example of this when applied to New York state, which has unusual rules in its individual insurance market.

In 2019, consumers will no longer face financial penalties stemming from the ACA's individual mandate, which requires most people to secure health insurance. Without pressure from the individual mandate to enroll, younger and healthier people might drop coverage, leading to premium increases. New York's health insurance regulations and expansive safety-net programs could make the state's insurance market particularly susceptible to premium increases after the penalty's elimination.

New York uses what is known as “full community rating” in its individual health insurance market, which means that all adult enrollees, regardless of age or whether they use tobacco, are charged the same premium. In most states, the youngest adults in the market pay one-third of what older adults do, and tobacco users are charged 1.5 times as much as non-users. New York's flat premium structure raises costs for younger enrollees and nonsmokers, making them more likely drop coverage when the penalty goes away.

In addition, New York is one of two states—Minnesota is the other—to take advantage of an ACA provision that allows individuals with incomes below 200 percent of the federal poverty level to enroll in a Medicaid-like program known as a “basic health plan.” In other states, people with incomes between 138 and 400 percent of the poverty level may be eligible for tax credits on the ACA's health insurance exchanges, if they don't have access to affordable employer coverage.

The basic health plan means that New Yorkers with incomes between 138 and 200 percent of poverty are not eligible for exchange tax credits, and are insured through a separate program. As a result, only 59 percent of enrollees on New York's health insurance exchange are eligible for tax credits, compared to 83 percent nationwide. Like the individual mandate, the tax credits provide an incentive for the young and healthy to enroll, potentially stabilizing premiums in the individual market when the individual mandate penalty is eliminated. However, with fewer tax-credit-eligible enrollees, the stabilizing force of the tax credits is likely to be less pronounced in New York relative to other states.

We used a microsimulation approach to estimate how much New York insurers would need to increase individual market premiums to addresses the elimination of the individual mandate penalty, given community rating and the basic health plan. We found that premiums in New York would need to increase by an average of 23 to 25 percent in 2019 to avoid losses after the mandate penalty is eliminated. By comparison, in most other states, premiums would only have to increase by 3 to 13 percent. These estimates assume that insurers set premiums accurately in 2018, meaning that premiums were high enough to cover enrollees' health care costs, but not so high that they resulted in a margin exceeding 20 percent—a situation that would require insurers to provide rebates to enrollees.

However, preliminary financial data from 2018 suggest that some insurers may have set premiums too high, perhaps due to uncertainty regarding how other recent policy changes—such as a shorter open enrollment period—would affect enrollment. If insurers overshot in 2018, they may have wiggle room to absorb the elimination of the individual mandate penalty without facing financial losses. Regulators in New York appear to believe that absorbing these extra costs will be feasible—in August they announced they would not accept premium increases attributed to the elimination of the individual mandate penalty. While insurers on average requested a 24 percent rate increase, New York allowed increases of only 8.6 percent.

Open enrollment for 2018 won't start until November, and it could take several years before premiums fully adjust to the elimination of the individual mandate penalty. However, New York's unusual insurance market, which includes full community rating and the basic health plan, may cause premiums and enrollment in the state to differ from national trends once the penalty is removed. As with many ACA policies—particularly in an era of reduced federal regulation and increased emphasis on state choices—how New York is dealing with the absence of the individual mandate penalty is a potent reminder that all health policy is local.

This commentary originally appeared on The Health Care Blog on October 29, 2018. Commentary gives RAND researchers a platform to convey insights based on their professional expertise and often on their peer-reviewed research and analysis.