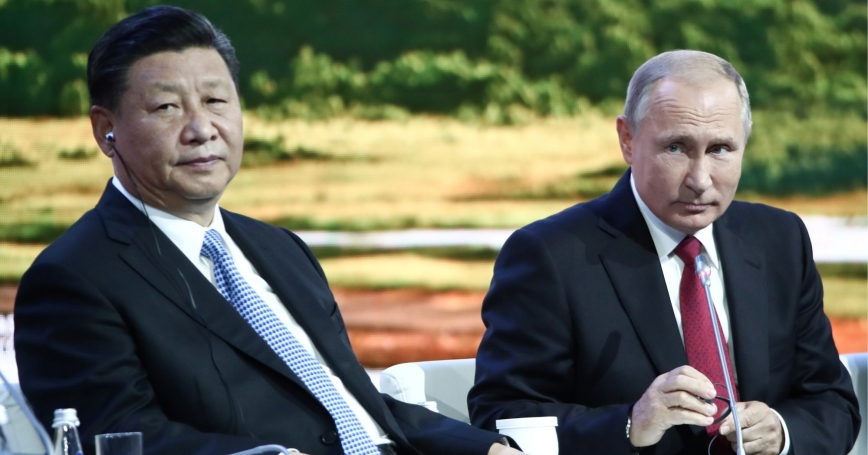 It would be terrible if the United States got into a major war, but it would be much worse if it lost one.

Despite growing threats from Russia and China, American experiences in Afghanistan and Iraq have created weariness in the American public and have focused the country on counterterrorism and counterinsurgency instead of major power warfare.

To deter, and if necessary defeat, Russian and Chinese aggression, the U.S. Department of Defense (DOD) would likely need a strategy to overcome these obstacles.

The National Defense Strategy (PDF) (NDS) seeks to focus the DOD's efforts on “major power competition” with Russia and China. Recent Russian and Chinese actions indicate a willingness to challenge the international order and the United States' position in it.

To prevent further adventurism, DOD could better prepare itself by investing in new technologies, developing new ways of employing them and by placing forces where they can quickly be brought to bear. More fundamentally, both the American public and DOD could face a major reorientation to be able to focus on major war.

DOD may not be able to secure the necessary resources or be given the leeway to change how it does business or to redirect its investments without broader public acceptance that the chance of warfare with Russia and China is likely enough to merit additional preparation.

Recent behavior and underlying drivers give reason for concern. For example, both the Putin and Xi (PDF) governments are worried about their perceived legitimacy and their economic prospects and could engage in foreign adventures to distract from problems at home.

In addition, Russian adventurism in Crimea, Ukraine and Syria, assassinations of its political enemies abroad, meddling in domestic politics in the United States and Europe and its crackdown on dissent at home all indicate an increased willingness to flout international norms and to challenge the status quo.

Likewise, China has built island outposts in the South China Sea, has challenged Japan, the Philippines and other East Asian states over territorial claims and continues to threaten Taiwan.

Both Russia and China have invested in capabilities to defeat U.S. aircraft and threaten its air bases and aircraft carriers that would raise the cost of opposing them, and could even defeat the United States in a major war.

Even if the U.S. thinks war with Russia or China is unlikely, conflict with either state could have far-reaching consequences. A Russian incursion into the Baltics could fracture the North Atlantic Treaty Organization (NATO) and threaten Europe with the prospect of further Russian aggression.

Even if the U.S. thinks war with Russia or China is unlikely, conflict with either state could have far-reaching consequences.

A successful Chinese invasion of Taiwan could spark a major crisis in Asia and across the globe and could send a message to U.S. allies like Japan and South Korea, and to the international community, of U.S. weakness and inability to protect its friends or to help maintain international stability. Major conflict with either Russia or China could also roil international financial and trade markets.

Despite the NDS and a growing consensus in the defense community, it is unlikely that the American public has fully embraced the idea that the consequences of major power war would be much worse than what the United States has experienced in Iraq and Afghanistan.

For example, both Russia and China possess nuclear weapons and the ability to deliver them to the continental United States, which could result in untold damage. Most Americans probably haven't thought about this level of potential damage to the homeland since the days of the Cold War.

If conflict with Russia or China were to remain at the conventional level, it could involve large numbers of civilian and military casualties and the loss of expensive aircraft, ships, tanks and other equipment. Any war disrupts economic flows, but a war with China would have an impact on trade far beyond what is currently being seen in the current tariff dispute.

The potential for great power conflict and the stakes involved both suggest that the United States would be wise to do all it can to prevent it from happening and to prepare to prevail in the event that it does. While DOD has taken some steps (PDF), there is much more that could be done.

The Air Force is procuring new tankers, bombers and fighter aircraft and is bolstering its bases in East Asia. The Navy is building more ships and is procuring additional aircraft. The Army is developing more indirect fire capability.

U.S. command centers focused on counterterror and counterinsurgency operations might not be suitable for the pace and scale of major war. DOD's military exercises program places considerable demands on the time of service members without providing sufficient preparation for conflict with Russia or China.

DOD would also likely have to rethink how to evacuate civilians from conflict zones, handle classified information and grant legal authorization for the lethal use of force.

Recently, the United States has increased its posture in Eastern Europe, but there is much more that it could do to station sufficient troops and materiel to be able to prevent Russian aggression. Similarly, additional investments in missile defenses would help improve U.S. capabilities in both Europe and Asia.

The looming danger to the United States is uncertain, but the consequences of inaction could be grave. It is much better to prepare for major conflict now, than to risk defeat after it is too late.

This commentary originally appeared on The Hill on October 5, 2018. Commentary gives RAND researchers a platform to convey insights based on their professional expertise and often on their peer-reviewed research and analysis.