Does Japan Need an Aircraft Carrier? 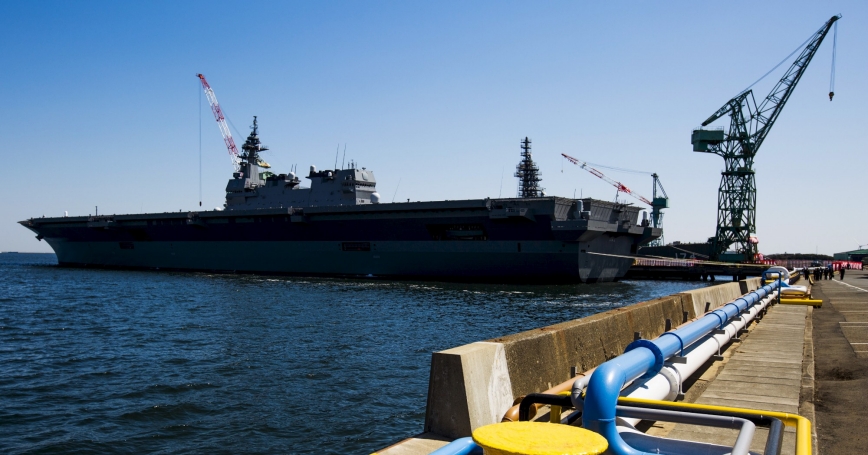 The Izumo warship moored at the harbor of the Japan United Marine shipyard in Yokohama, south of Tokyo, March 25, 2015

In 1983, Japanese Prime Minister Yasuhiro Nakasone promised U.S. President Ronald Reagan that he would make Japan into an “unsinkable aircraft carrier.” The irony was, and remains, that Japan has not possessed an actual aircraft carrier in more than 70 years. But that may soon change. The Japanese government is debating retrofitting a class of destroyers to turn them into aircraft carriers. Beyond answering the expected questions of whether such ships would violate its constitution, Japan will need to decide whether the operational need offsets what is expected to be a significant resource strain.

This dearth of aircraft carriers is a contemporary phenomenon. In the early 20th century, Japan was a global leader in ship-based aviation whose magnum opus in the field, two Shōkaku-class carriers, participated in the attack on Pearl Harbor and every subsequent major naval action of the Pacific War. But Japanese carriers disappeared after the war due to a strong strain of pacifism and constitutional constraints that, together, convinced Japanese leaders to forgo the acquisition of “offensive” weaponry.

Since the Self-Defense Force was established in 1954, the naval service—called the Maritime Self-Defense Forces or MSDF—has built ships larger than some of Imperial Japan's largest ships. In fact, the newest class of MSDF helicopter destroyers, the 24,000-ton Izumo class, are the largest Japanese ships to enter service since World War II. They look like aircraft carriers with a 248-meter deck, control tower, and large, elevator-served hangar. This is a large ship, bigger than Italy's Giuseppe Garibaldi and longer than Spain's new Juan Carlos I.…

Jeffrey W. Hornung is a political scientist at the nonprofit, nonpartisan RAND Corporation. He specializes in Japanese security and foreign policies, East Asian security issues, maritime security, and U.S. foreign and defense policies in the Asia-Pacific region, including its security alliance.

This commentary originally appeared on Defense One on October 5, 2018. Commentary gives RAND researchers a platform to convey insights based on their professional expertise and often on their peer-reviewed research and analysis.