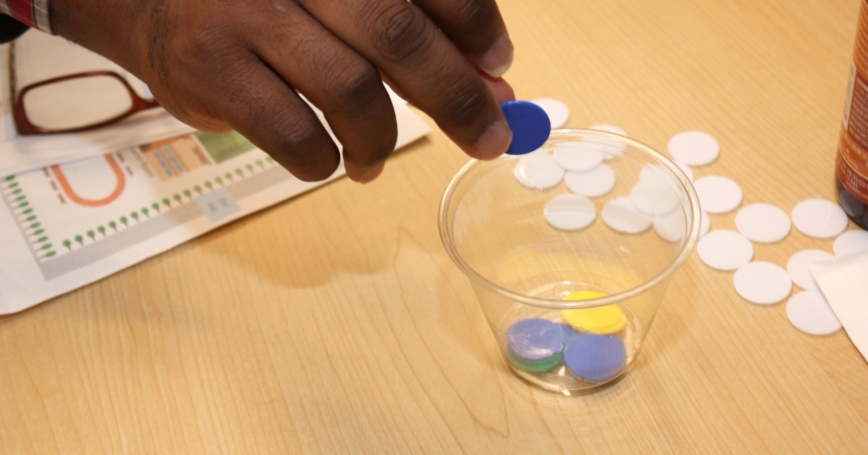 A participant votes for the team he thinks should win RAND's education policy game in Pittsburgh, September 28, 2018

How would a group of community leaders choose to cut a high school's budget by 4 percent? And what would happen if parents or teachers held the red pen instead?

The RAND Corporation's Pittsburgh office held a game night to find out. The game at hand was “Let's Improve Tanner High School!,” an education policy exercise designed to help researchers understand how interested parties with different perspectives might tackle school improvement challenges—and help them learn about what drives those decisions.

RAND has a long history of using games to better understand human decisionmaking in relation to public policy. Since the 1950s, RAND has developed and conducted tabletop wargames with policymakers and others to help improve national security decisionmaking, but its gaming repertoire has been recently expanded to social economic policy. “Let's Improve Tanner High School!” is the first RAND game to focus on education policy, and it made its public debut on Sept. 28.

Darleen Opfer, a RAND vice president and director of its Education and Labor research division, explained the game's premise. Celia Gomez, an associate policy researcher, and Brian Stecher, an adjunct senior social scientist, led the teams through the game.

Two rounds were played, with a different scenario affecting the fictional Tanner High School each time. In an interview, Gomez said “this is not a game with pieces or a board—there aren't a lot of visuals—the game is really about ideas and dialogue.”

In the first round, each group was asked how they would accommodate a 4 percent cut in school funding.

In the first round, each group was asked how they would accommodate a 4 percent cut in funding. During the 15 minutes the teams had to come up with a plan, the room filled with the sound of shuffling paper and muffled conversation as players read through the school's current budget, demographic information, academic performance, and other data. When the time came to announce their decisions, no two solutions were the same.

Some suggested external partnerships to provide services that would be lost due to staff cuts. Others proposed non-traditional ways the school could make additional money such as selling education facilities to a developer or asking community leaders to voluntarily advise and mentor students.

During the “spotlight” step, teams were asked to refine their ideas and consider how they might overcome the biggest obstacles to their plans. “In this round, we like to encourage interactions,” Stecher said while inviting participants to share their thoughts with the room.

Once the five groups had announced their final plans, it was time to vote. Participants each had two plastic-chip game pieces to award to any team except their own. The team with the most chips won. Gomez instructed players to base their votes on which teams had the best idea, the best discussion point, or the most helpful feedback.

The school leaders won the first round. They had proposed reducing professional services staff by $255,939 and shifting those responsibilities to existing staff. The rest of the needed cuts would come from eliminating four paraprofessional educator positions. 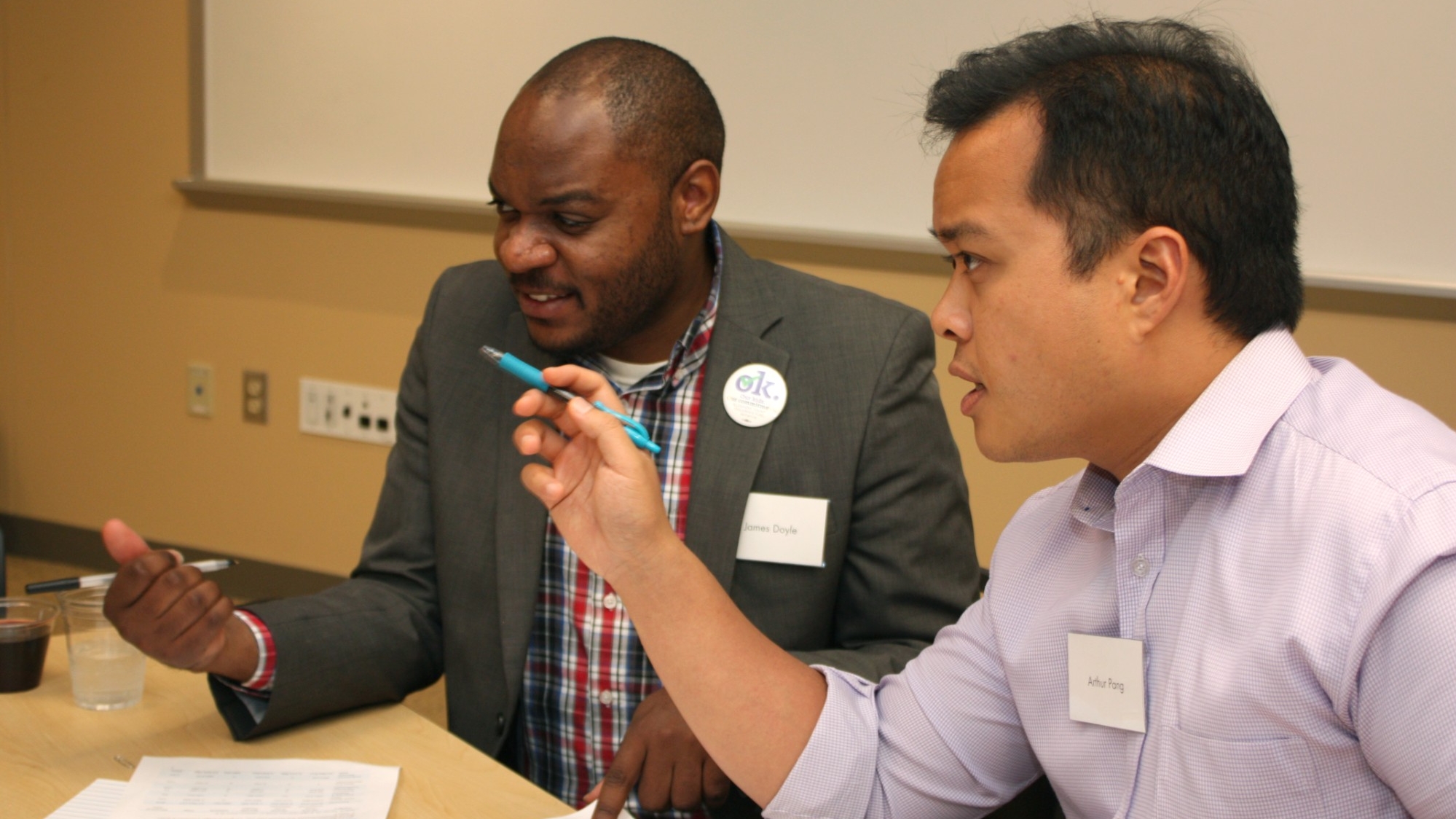 In the second challenge, teams were given a scenario in which students planned a walkout after a teacher allegedly made a racially charged remark to a student. The groups were asked to come up with an immediate plan while an ongoing investigation is taking place.

The school leaders won this round, too, with a solution that engaged each group represented in the room. The plan involved providing language for homeroom teachers so they could acknowledge the situation and give students a constructive way to be heard. Boycotting class would not be allowed for student safety reasons. And the school would host a meeting to inform parents and the community at large about the situation.

James McCoy, a member of the winning team, said he thought his group “should have won because these were situations that we deal with directly.”

During the final 10 minutes, participants gave feedback aimed at helping researchers improve the game. A parent recommended making each round last longer to allow more time to review the materials, and a teacher suggested constructing a longer-term challenge that could mimic dilemmas teachers often face.

The researchers had worried “the teams wouldn't really buy into the game,” Gomez said, “that they wouldn't really take on their role and accept the challenges as if they were real. But there was no reason for that fear, because they all jumped in.”