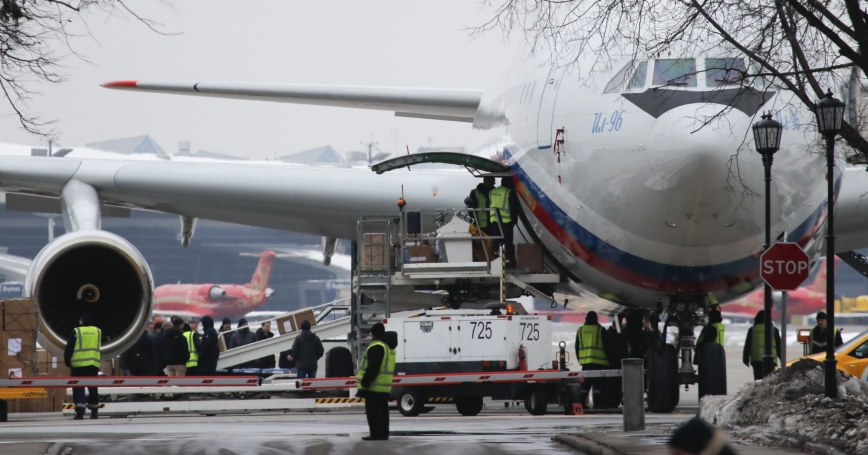 The plane transporting expelled Russian diplomats and their family from the U.S., shortly after landing at Vnukovo airport outside Moscow, Russia, April 1, 2018

This month, the U.S. said yet more sanctions would be imposed on Russia, this time over its use in the UK of a banned nerve agent against Sergey Skripal, a former double agent. U.S. policy toward Russia makes liberal use of sanctions. An earlier analysis of the effectiveness of sanctions levied in the past by various nations has shown mixed results. Perhaps it is worth asking the further question of whether sanctions on Russians are most effective when targeted on individuals and entities responsible for malign activities, but less so when not.

In the 1980s U.S. policy toward the Soviet war in Afghanistan showed that symmetrical, targeted measures may be more effective. At first, President Carter responded by enforcing a U.S. boycott of the 1980 summer Olympics in Moscow and banning exports to the USSR of U.S. grain and information technology. These measures had an ephemeral effect. The Olympics went ahead despite boycotts from many countries, and President Reagan lifted the grain export ban.

A more potent U.S. response was symmetrical and targeted, the provision of military aid to Afghan guerillas, including Stinger anti-aircraft missiles. This aid, and the emergence of Mikhail Gorbachev who sought to curb the Soviet military and improve Western ties, helped induce the USSR in 1989 to withdraw forces from Afghanistan.

Similarly, NATO has responded symmetrically to Russian aggression in Ukraine. The alliance rotates U.S., British, Canadian, and German combat forces through Poland and the Baltics, and has boosted its presence in the Black Sea region. Allies in NATO's eastern flank would have viewed a sanctions-only response as too weak and of uncertain effect.

For its part, the U.S. has combined military steps and sanctions to counter Russia's armed intervention. The U.S. is training Ukrainian troops and supplying the Javelin anti-armor system. This support could raise the cost to Russia's military and security services of any expanded aggression. U.S. sectoral sanctions are far-reaching but have a more diffuse impact. They slash Russia's access to Western financing, and block U.S. companies from assisting Russia in the development of Arctic energy resources.

Symmetrical actions are also a suitable counter to election interference because they target Russian security services. Shortly after the 2016 vote, the U.S. removed Russian access to two “vacation” estates in Maryland and New York used for intelligence purposes. Recently the U.S. Cyber Command has begun messaging Russian cyberspies to warn them against meddling.

In responding last spring to the Skripal poisoning and death of a British bystander, the U.S. again relied on symmetry. Washington expelled 60 Russian intelligence officers posing as diplomats and closed the Russian consulate in Seattle. This was a robust but appropriate response to subterfuge by Russia's military intelligence agency.

Russian harassment of Ukrainian civilian shipping in the Sea of Azov and Kerch Strait, which opens to the Black Sea, poses a new risk to U.S.–Russian relations. It also could deserve a targeted, symmetrical response, like the rotation of more U.S. and other NATO warships through the Black Sea on freedom of navigation cruises. This could send a strong message.

In response to Russia's use in the UK of Novichok in the Skripal attack, the U.S. Chemical and Biological Weapons Control and Warfare Elimination Act of 1991 requires that the President soon impose three of six sanctions set forth in the act unless he waives them on national security grounds. Some penalties, such as suspending diplomatic relations with Russia or banning all imports from it, are likely to be viewed as out of proportion and could undermine U.S.–allied unity in sanctions policy. Since President Franklin Roosevelt extended diplomatic recognition to the USSR in 1933, Washington has never suspended ties with Moscow or banned all imports. The administration may choose lesser penalties.

Sanctions on Russians can be a powerful and effective tool, but in some cases there is a risk of spillover damage to other U.S. interests. Sanctions that harm Russia's economy may fuel popular resentment against the U.S. rather than those Russians responsible for malign activities. Private business, a vital part of civil society in Russia, can suffer from economic sanctions while the Kremlin shields less productive state-owned companies. Moscow's neighbors, especially in places like Central Asia that depend on transport life-lines through Russia, have been innocent victims of economic sanctions.

It is worth considering whether America's interests may be best served by ensuring that penalties applied to Russia for misbehavior hit home against those responsible for it.

William Courtney is an adjunct senior fellow at the nonprofit, nonpartisan RAND Corporation, and a former U.S. ambassador to Kazakhstan, Georgia, and a U.S.-Soviet commission to implement the Threshold Test Ban Treaty.

This commentary originally appeared on The Moscow Times on November 20, 2018. Commentary gives RAND researchers a platform to convey insights based on their professional expertise and often on their peer-reviewed research and analysis.