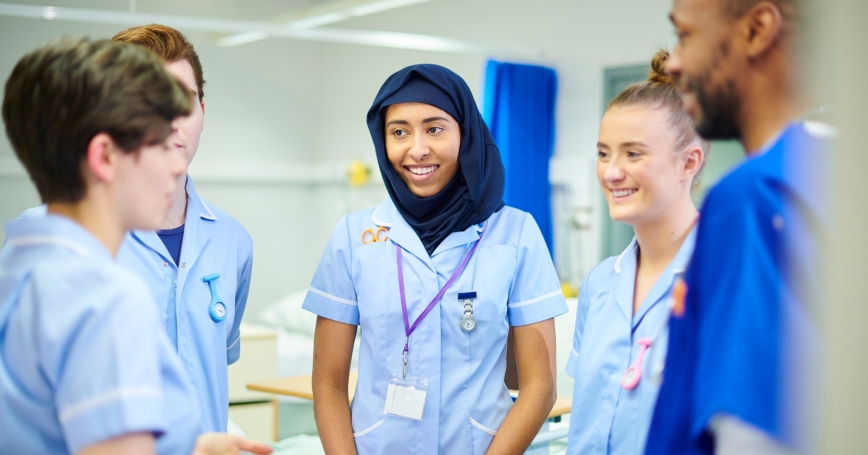 As part of its Five-Year Forward View plan the National Health Service (NHS) in England is making a renewed commitment to improve staff engagement and the health and wellbeing of its staff. The idea is that improvements in staff engagement will lead to a variety of positive benefits including positive organisational, personal and patient outcomes.

However, there are some difficulties in analysing staff engagement. Generally, defining and measuring engagement is not straightforward. The reason is that engagement involves assessing complex feelings and emotions. The term has often been used for a wide variety of factors ranging from different psychological states such as commitment to behaviours related to performance. Few studies collect data in a holistic manner in the NHS, which also makes it difficult to define and understand what is driving staff engagement.

A RAND Europe study using data from 28 NHS health organisations in two surveys in 2016—NHS Healthy Workforce and Britain's Healthiest Workplace—tries to overcome some of these limitations. The benefit of these nearly identical surveys is that they collect far more holistic information on health and wellbeing than any other NHS data sources, and include self-reported data on health, personal circumstances, work environment, and a range of outcomes on health and wellbeing in the workplace.

What can be done? It seems that a 'one size fits all' approach is unlikely to be the answer. Staff engagement in this research differs substantially among the groups that make up the NHS population. Some approaches aimed at improving staff engagement may need to be targeted at specific groups. It also follows that the NHS needs to look once again at flexible working and how to manage stress and bullying in the service. Finally, most of the health organisations have a health and wellbeing programme on offer, but staff appear neither aware of the interventions nor eager to participate actively in them. The findings suggest that better awareness and participation may also improve staff engagement.

Improving staff engagement matters. The report showed that high levels of engagement in the sample are associated with lower levels of presenteeism—employees being present at work, but working at a sub-optimal level—and lower sickness absence rates. In addition, NHS organisations with a relatively high level of engagement among their workforce tend to report a better financial situation and have better ratings among patient quality surveys. Hence, it seems that driving engagement higher could make perfect business sense.

Christian van Stolk is vice president of RAND Europe and Marco Hafner is a senior economist at RAND Europe.