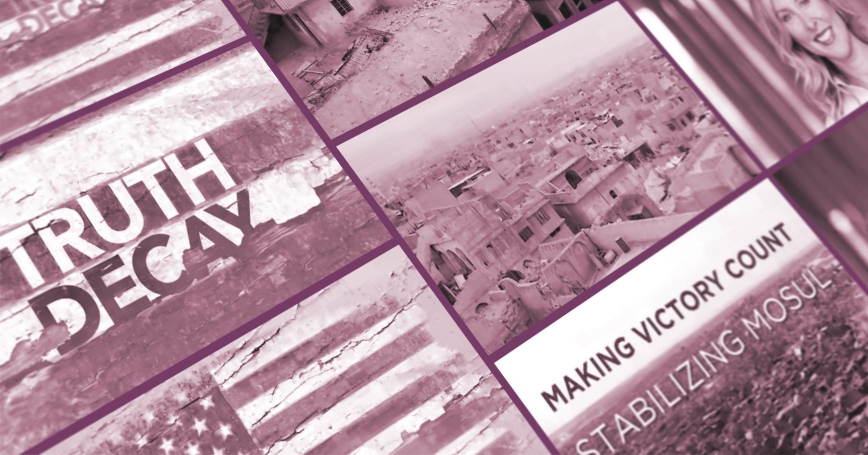 RAND publishes a vast and diverse collection of research each year, yielding findings that run the gamut of potential applications and promising policy solutions.

This year has been no different. And sometimes, RAND's research and analysis are even better seen to be understood by those with a broad interest in public policy.

Here, we highlight three of 2018's most captivating videos featuring RAND research and its potential to inform policy.

Concerns are rising about the diminishing role of facts and data in American public life.

At RAND, we call this complex phenomenon “Truth Decay.” A report by political scientist Jennifer Kavanagh and RAND president and CEO Michael Rich explores this concept in detail and sets forth an ambitious research agenda to better understand the problem and develop solutions.

This video serves as a primer for all things Truth Decay: how to define the problem, what drives it, who contributes to it, and what the ultimate consequences could be.

Fortunately, as told in this extended video, Rich and Kavanagh are optimistic that future research—some of which is slated for release by RAND in 2019—could help discover ways to restore objective public discourse.

In July 2017, the Iraqi government and its coalition partners concluded a grueling campaign to liberate Mosul, the final stronghold of ISIS.

Just as the battle ended—and the city crumbled in near-total destruction—RAND published a report that detailed an international plan to stabilize Mosul and break the cycle of violence.

This video features on-the-ground footage shot by the researchers themselves. They explore the scope of the destruction, assess the quality of life for displaced Iraqis, and discuss why Mosul could serve as a laboratory for how Iraq can find lasting peace.

RAND's Wendy Troxel is an expert on the science of sleep. And she's no stranger to sleep-deprived teenagers, with a son of her own she begrudgingly drags out of bed at 6 a.m., even though she knows better than anyone that the early hour conflicts with his biological clock.

It's fitting, then, that Troxel was featured on PBS NewsHour, where she outlined the potential benefits of later school start times for teens—and society as a whole.

Troxel explained why teenagers are hardwired to sleep in, what parents can do to encourage healthy sleep, and the consequences of sleep loss in adolescence.

She also discussed why later school start times could help sidestep many of these consequences, improving teens' health and boosting the U.S. economy.