Most Popular RAND Blog Commentary of 2018 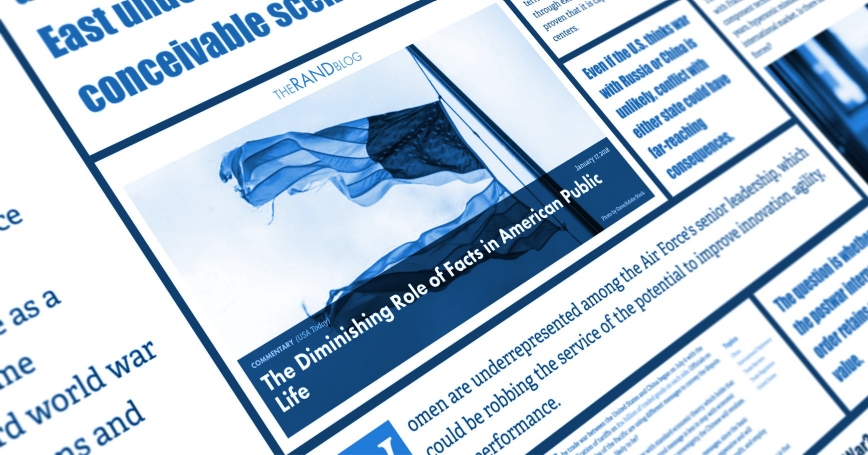 Commentary gives RAND researchers a platform to convey insights based on their professional expertise and often on their peer-reviewed research and analysis. RAND experts publish hundreds of pieces of RAND Blog commentary every year, weighing in on pressing policy questions, breaking down current events, and untangling complex trends.

To look back on some of the policy stories that defined the year, we've rounded up the RAND Blog pieces that resonated most with rand.org visitors.

Here are the 10 commentaries readers engaged with most on The RAND Blog in 2018. 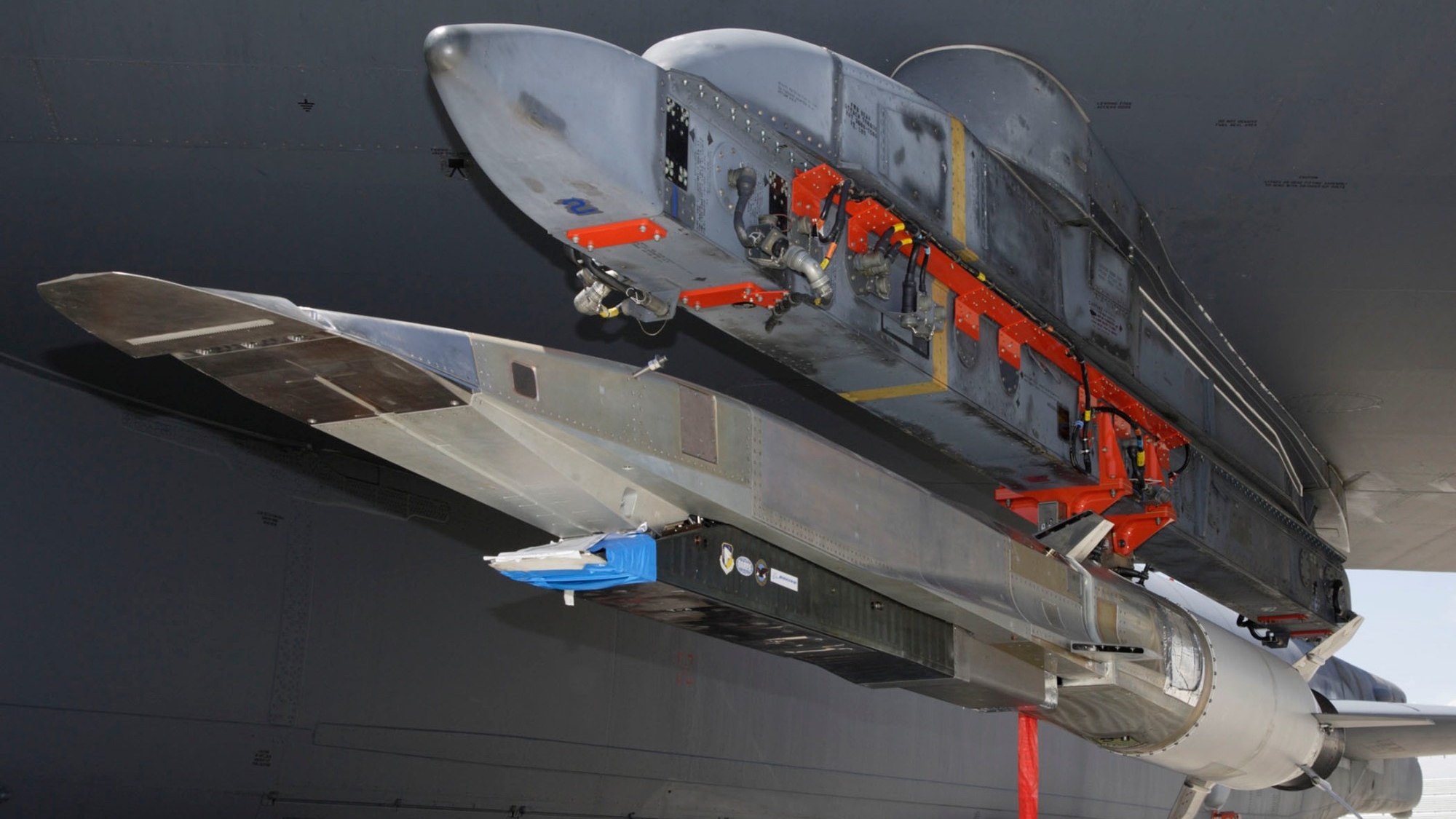 A U.S. Air Force B-52 prepares to carry the X-51 Hypersonic Vehicle out to the range for a launch test from Edwards AFB, California, May 1, 2013

Hypersonic missiles can travel at more than five times the speed of sound. This leaves their targets with almost no time to respond, inviting trigger-happy behavior. That's why the proliferation of hypersonics could be destabilizing.

Drawing on his RAND research, Speier explains that no state currently has a vested interest in selling hypersonic missiles. But that could change. For now, though, there's time for the United States, Russia, and China to head off the threat of hypersonic missile proliferation. 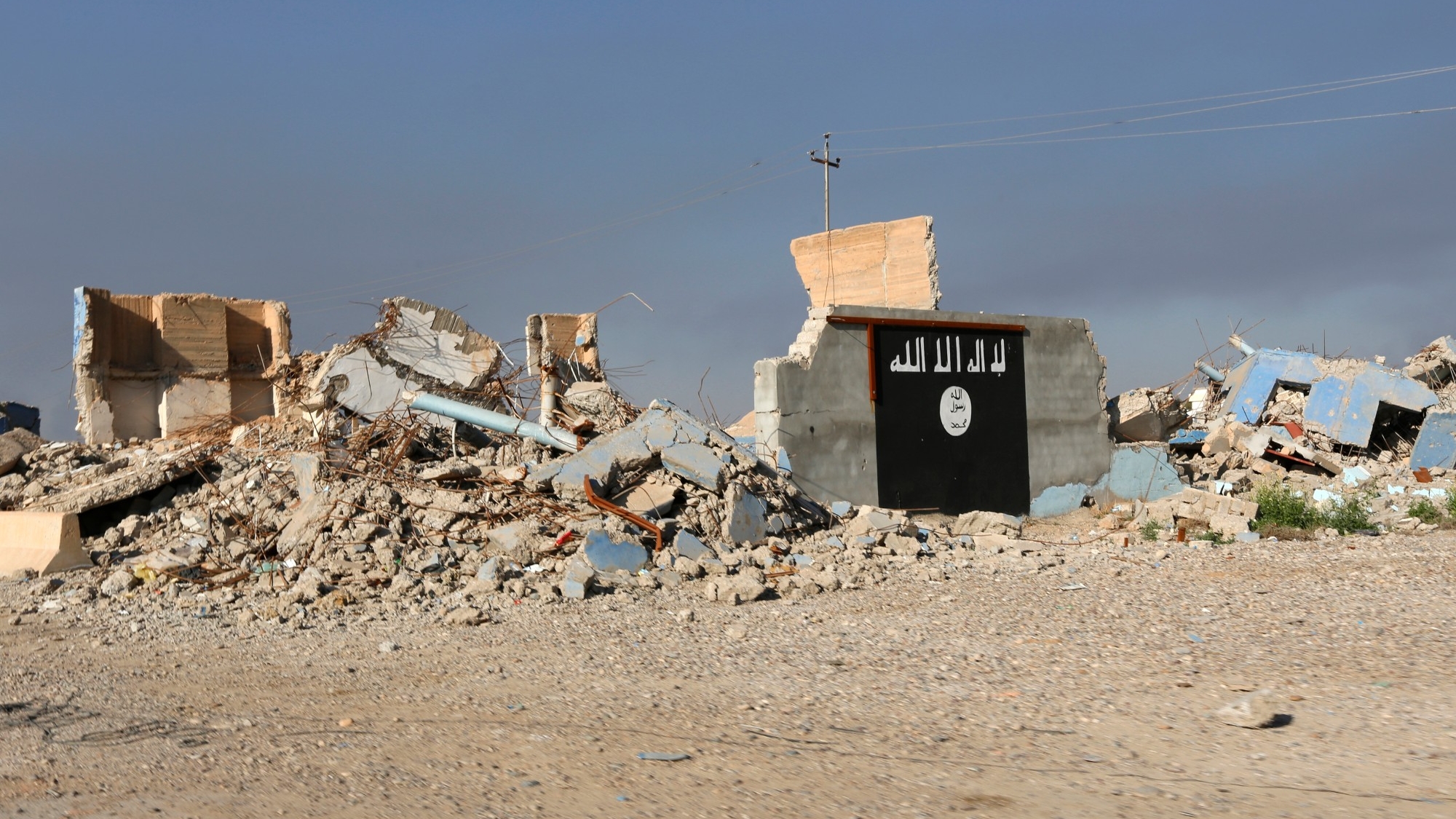 A destroyed building with a wall painted with the black flag commonly used by Islamic State militants in the town of al-Alam, Iraq, March 10, 2015

ISIS's New Plans to Get Rich and Wreak Havoc

The Islamic State has lost nearly 98 percent of the territory it once controlled. But that doesn't mean the group is defeated.

In fact, Clarke argues that ISIS is ripe for a comeback in Sunni-majority areas of Iraq and Syria. That's because the group no longer needs to hold land or population centers to make money. Through extortion, theft, drug smuggling, and other criminal activities, ISIS could fund its comeback—and wreak havoc throughout the region. 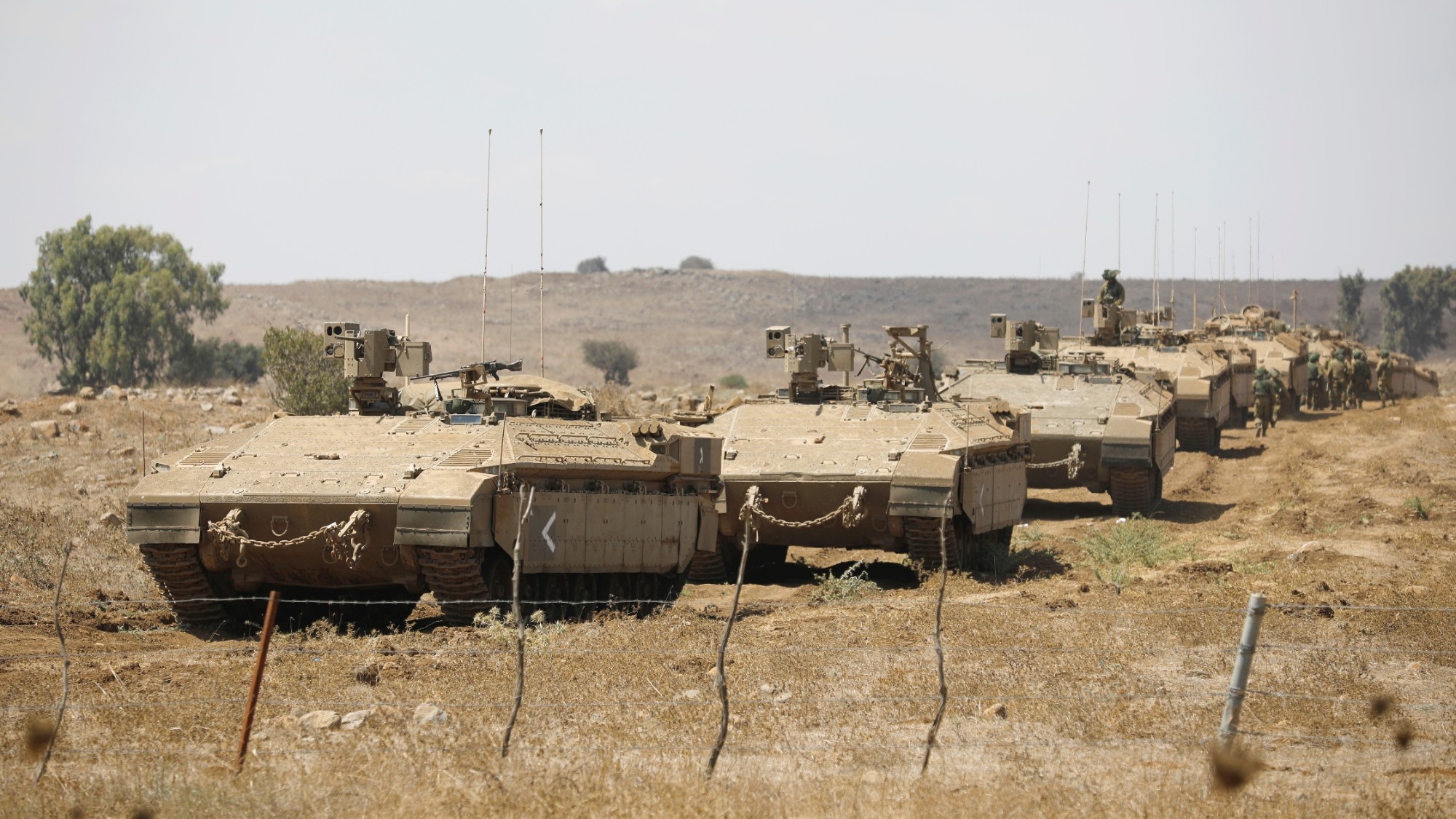 The Growing Risk of a New Middle East War

Over the summer, discussions of a potential U.S. withdrawal from Syria coincided with escalating clashes in the war-torn country between Israeli and Iranian forces. According to Baffa and Vest, this steady string of altercations and provocations was cause for significant concern.

A premature withdrawal of U.S. troops could provide Iran with space to expand its influence and entrench its presence in Syria. And increased Iranian military activities, especially near the border, would likely provoke even more aggressive actions from Israel—pushing the region towards war. 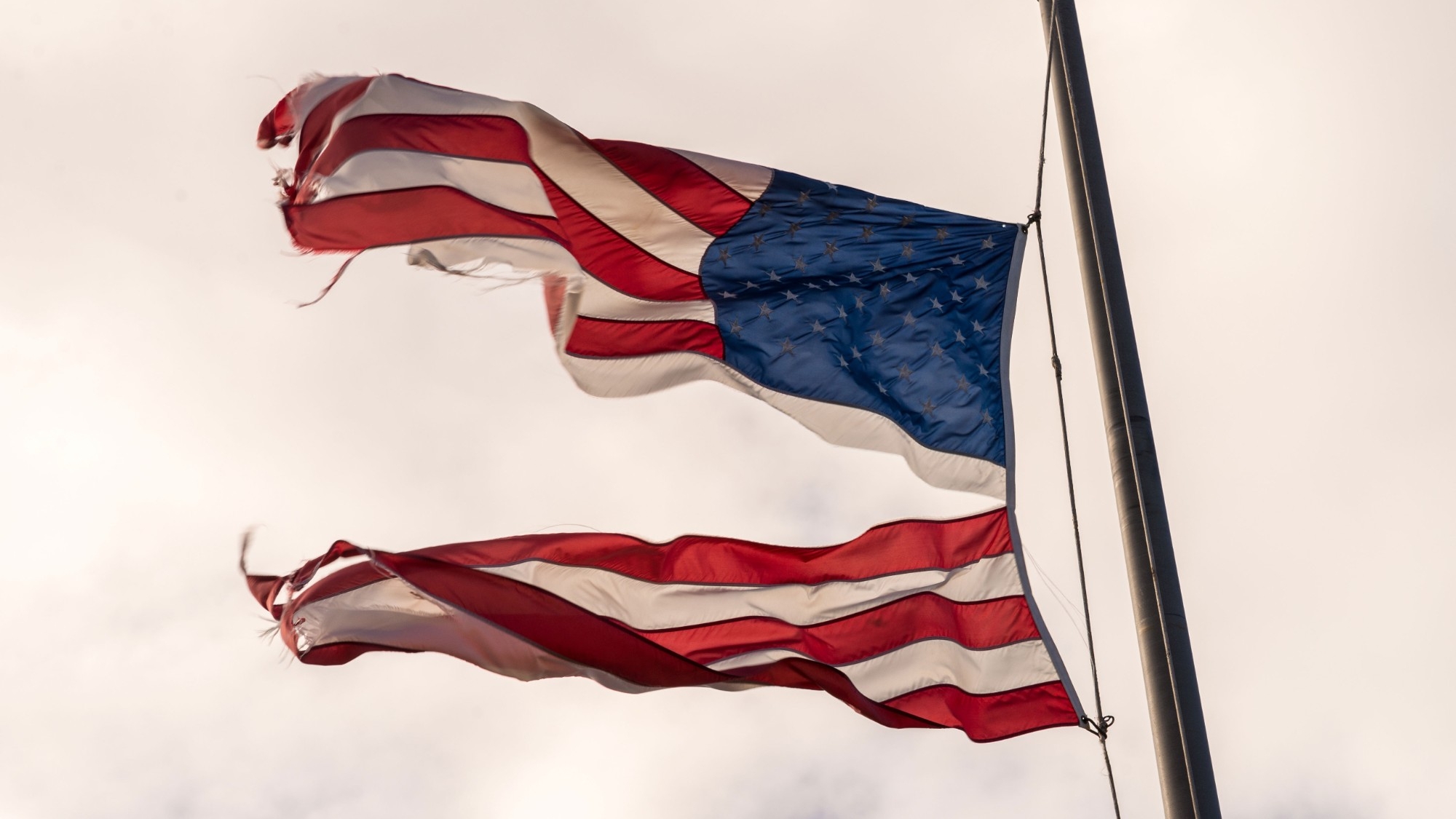 The Diminishing Role of Facts in American Public Life

In U.S. political and civil discourse, disagreement over facts appears to be greater than ever. At RAND, we call this phenomenon "Truth Decay."

As Kavanagh and Rich highlight, having the types of meaningful policy debates that form the foundation of democracy is nearly impossible without agreement about objective facts and respect for data and analysis.

So what can be done to rebuild public confidence in factual information and rigorous analysis? To start, society needs to commit to the crucial work of restoring respect for those facts—and shoring up the ability to recognize them.

The U.S. Air Force Is Working Harder to Retain Female Officers, and Here's How

Women are underrepresented among U.S. Air Force senior leadership. This could be robbing the service of the potential to improve.

In this commentary, Matthews draws on feedback from female Air Force officers to explain major factors that influence decisions to remain in or leave the service. Some ongoing efforts to retain women officers are a step in the right direction. But the Air Force should also consider expanded subsidized child care, increased paternity leave, and designated nursing facilities. 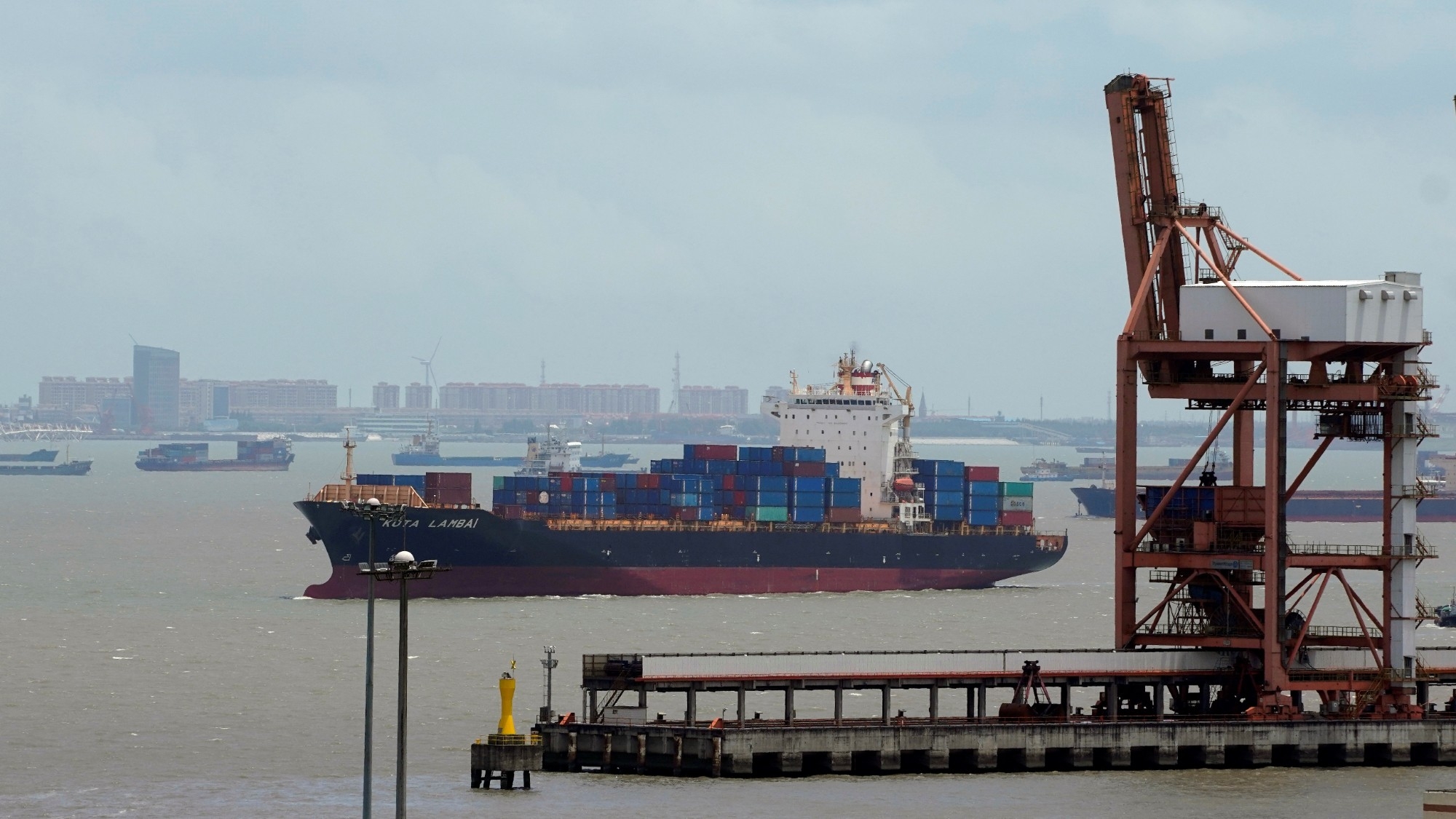 The trade war between the United States and China began in July. According to Dossani, Chinese businesses are likely to lose less overall than American businesses from the first round of the trade war. And early analysis does not seem to support the message of an American win: A first-stage impact assessment shows an apparent gap between policymaker claims and likely outcomes. As the trade war progresses, understanding these impacts will be increasingly important, he says. 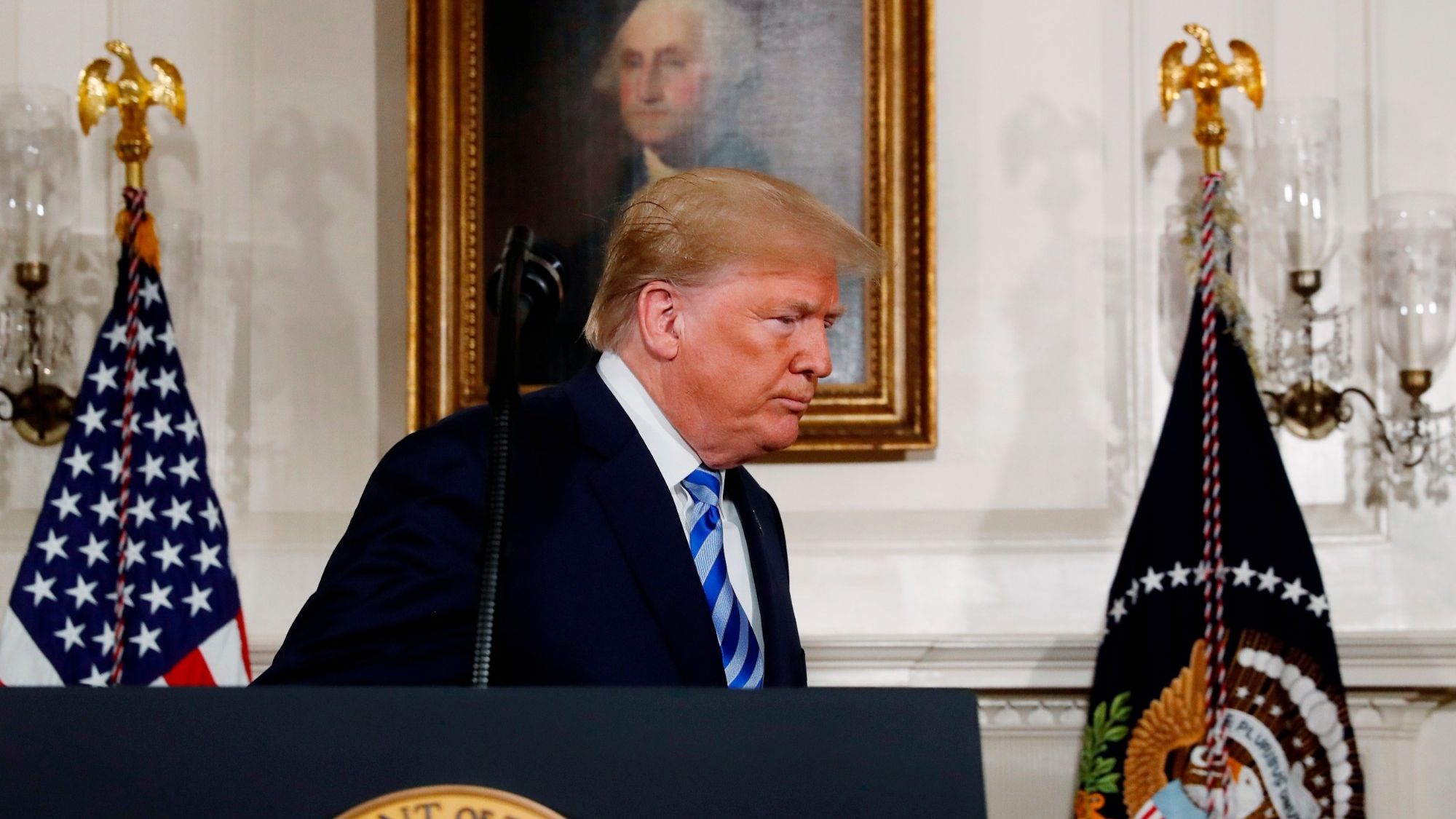 U.S. President Trump just before signing a proclamation declaring his intention to withdraw from the JCPOA Iran nuclear agreement May 8, 2018

The Strategic Fallout of U.S. Withdrawal from the Iran Deal

In May, President Trump withdrew from the Iran nuclear agreement. In this piece, Kaye outlines the potential fallout from this move, “a decision most found puzzling from a strategic perspective.”

The withdrawal will likely create friction between the United States and its European allies, she says. It will also incentivize other Middle Eastern countries to pursue nuclear weapons, spark resentment from a new generation of Iranians, and increase the possibility of regional escalation that could put American forces in harm's way. 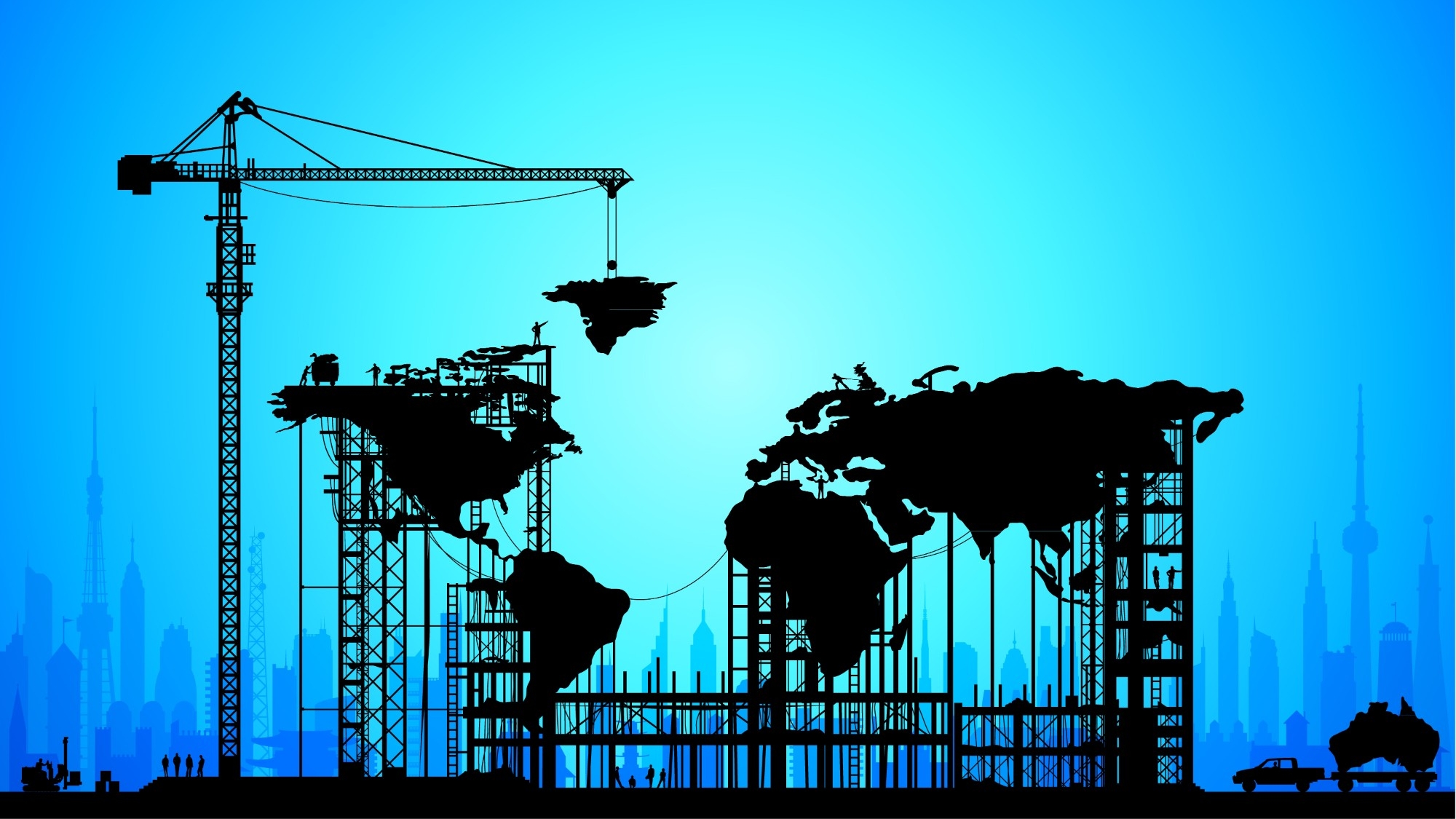 We Need a New International Order. Here's Why.

The postwar international order is under unprecedented strain—both within the societies of its leading members and from revisionist countries. But according to Mazarr, who led a two-year research project on this topic, it's not time to give up on the order yet.

Leading a revised, more complex multilateral order is the grand strategy that best serves U.S. interests, he says. Without the benefits and legitimacy conferred by such an order, vibrant American leadership will become financially and strategically unaffordable. 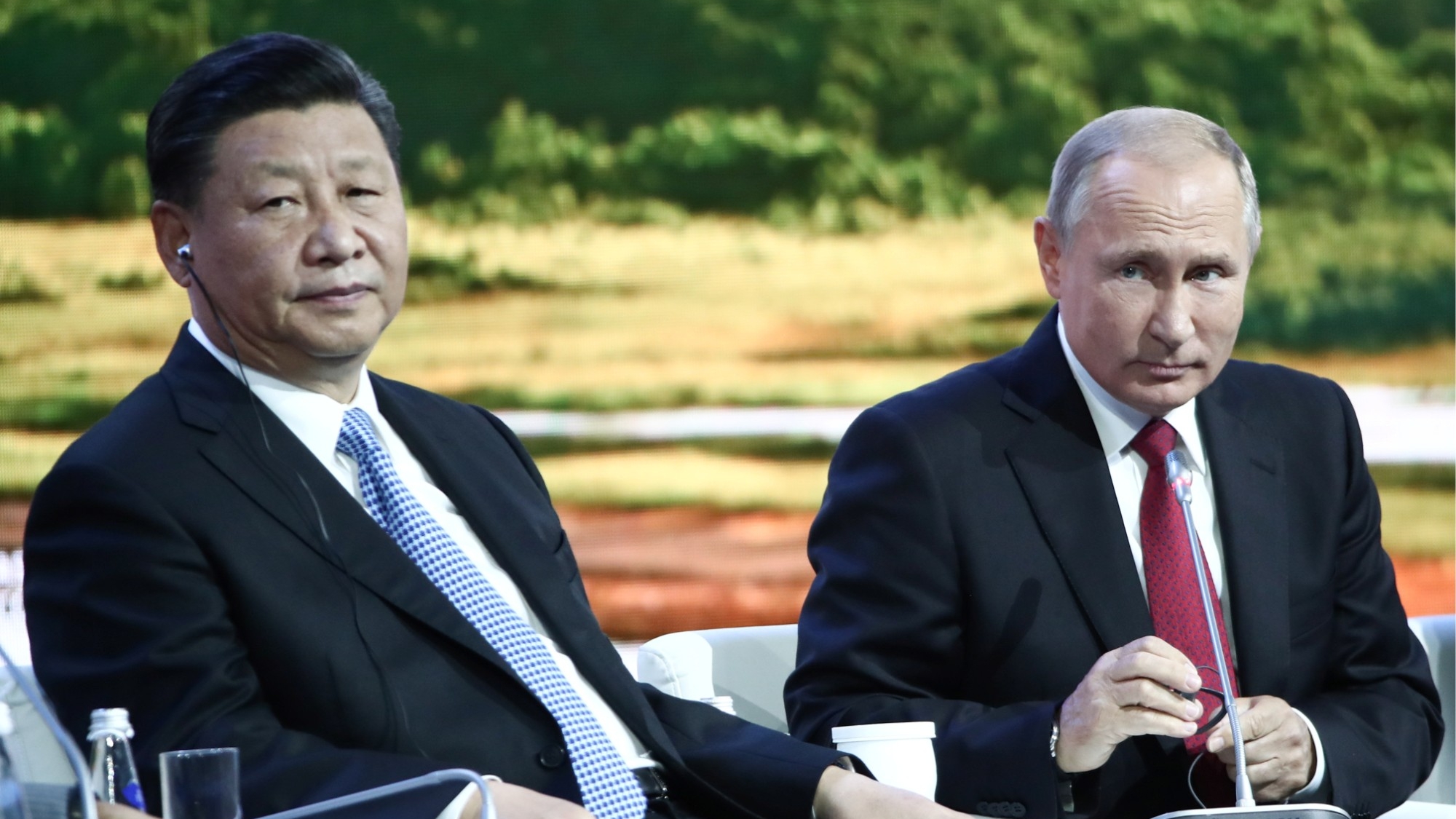 It would be terrible if the United States found itself in a major war, to say the least. But it would be much worse if it lost one.

Given the stakes, America would be wise to do all it can to prevent a large-scale conflict from happening—and to prepare to prevail if it does. As threats from Moscow and Beijing grow, Spirtas explains that the U.S. Department of Defense will likely need a strategy to deter and, if necessary, defeat Russia or China. 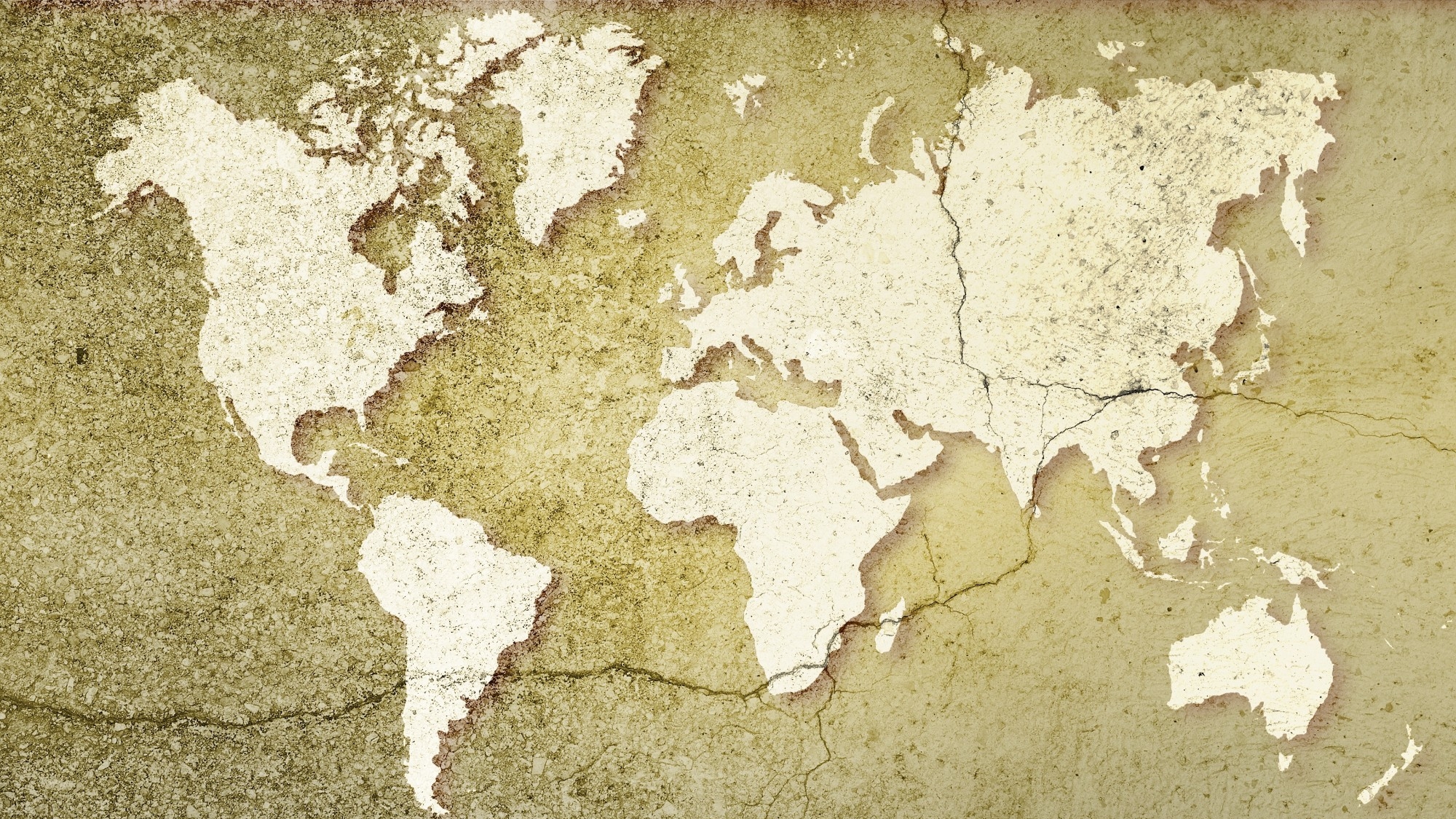 The postwar order is eroding. And the United States can't preserve today's global balance in amber. So what's next?

According to Wyne, America may need to recognize that “clinging to an increasingly ossified structure will likely only intensify revisionist pressures.” The United States may have to make serious accommodations for emerging powers. And it may have to decide whether it's more important to maintain America's central place of influence in the order, or whether modernization of the order should be the priority.