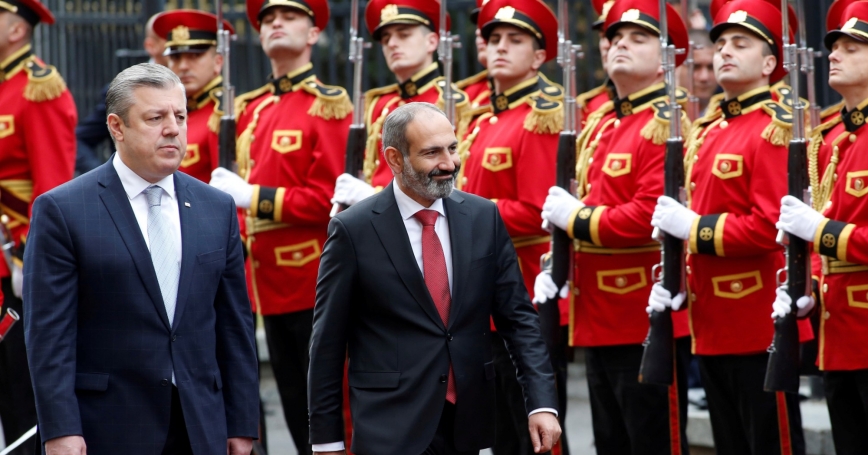 Democratic bright spots are emerging in Armenia and Georgia despite their being wedged between less-than-democratic regional powers—Iran, Russia and Turkey. Both countries seek to consolidate democratic gains and overcome poverty while managing daunting challenges from Russia and separatist conflicts. Even as the West keeps its primary focus on Russian aggression in Ukraine, it can encourage positive developments in the two South Caucasus countries.

The democratic revolution in Armenia and progress in Georgia run counter to prevailing views that around the world democracy is “under siege.” Armenia's newly elected government, headed by Prime Minister Nikol Pashinyan, has wide backing and seems determined to fight corruption, enhance transparency, and restore popular faith in government.

Georgia has made steady progress toward building democracy as evidenced by successive parliamentary and presidential elections that have generally been praised by independent monitors. Last month, however, the final round of the presidential election was flawed. It was won by Salome Zourabichvili, a former Georgian foreign minister who ran as an independent but in effect was the standard bearer of the ruling Georgian Dream Party and its leader, Bidzina Ivanishvili. International monitors criticized the abuse of administrative resources, attacks on civil society organizations, and lack of a level playing field.

Denis Corboy was director of the Caucasus Policy Institute, King's College London, and EU ambassador to Georgia and Armenia. William Courtney is an adjunct senior fellow at the nonprofit, nonpartisan RAND Corporation, and was U.S. ambassador to Kazakhstan, Georgia and a U.S.-Soviet commission to implement the Threshold Test Ban Treaty. Kenneth Yalowitz is an adjunct professor at Georgetown University and Global Fellow at the Wilson Center, and was U.S. ambassador to Belarus and Georgia.

This commentary originally appeared on The National Interest on January 22, 2019. Commentary gives RAND researchers a platform to convey insights based on their professional expertise and often on their peer-reviewed research and analysis.