The End of the End of History? 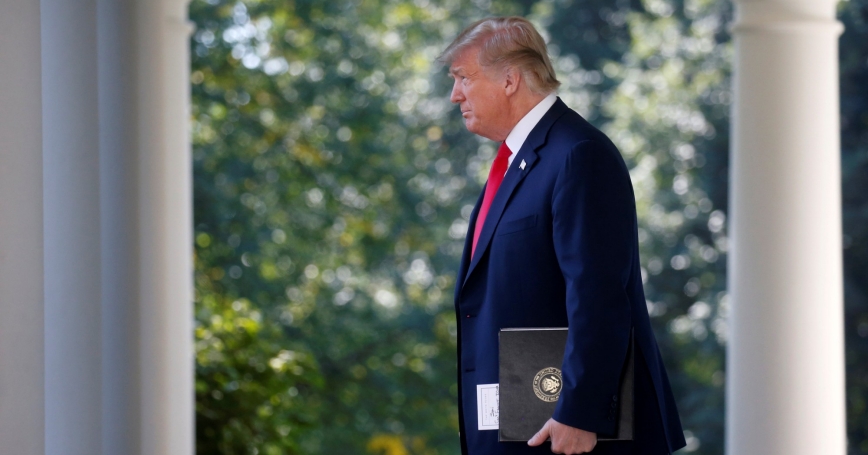 U.S. President Donald Trump arrives at the Rose Garden of the White House to deliver remarks on the United States-Mexico-Canada Agreement, October 1, 2018

Debate over the health of democracy and the liberal world order is all the rage these days, sparked by President Trump's brand of “America First” nationalism, similar movements in Europe, the emergence of a revanchist Russia, and the rise of China.

In 1989 Francis Fukuyama published an essay heralding the “end of history,” by which he meant the triumph of representative democracy over all other forms of government. For a decade he appeared prescient, as democracy swept through Central and Southeastern Europe, Latin America and much of Asia. More recently some of those democracies have faltered. Although few have definitively collapsed, the democratic wave seems to have begun ebbing.

Yet in a larger sense, the “end of history” came in 1945. Since then there have been no wars between major powers and few between smaller states. The business cycle has been moderated if not eliminated. The subsequent seven decades saw almost continuous economic growth, lifting nearly half the world's population into the middle class.

These accomplishments are based on two basic, widely accepted norms of international behavior: Thou shalt not covet thy neighbor's territory, and thou shall open thy markets to all equally. The norms were buttressed by numerous postwar institutions—the United Nations, the North Atlantic Treaty Organization, the World Bank, the International Monetary Fund and the General Agreement on Tariffs and Trade, now the World Trade Organization. Equally important, the norms were backed by U.S. military and economic power and the attractiveness of the American political and economic model.

It is therefore legitimate to ask whether this order can survive if America proves unwilling to continue bearing the burden of leadership and what the alternatives would be. One possibility is that China fills the void, producing a new order—perhaps peaceful but no longer conducive to individual liberty. An even worse outcome would be a return to history—the age-old cycle of boom-and-bust economics and frequent major wars.

To see what happens when an international order breaks down, recall the first half of the 20th century, a time of global depression and world war.

To see what happens when an international order breaks down, recall the first half of the 20th century, a time of global depression and world war. Civilization survived that paroxysm in the prenuclear age. With at least nine nuclear powers, cyberwarfare and potential aggressive applications of biotechnology, robotics and artificial intelligence, one cannot be so confident today.

In the early days of the Trump administration, the president's top national-security and economic advisers, H.R. McMaster and Gary Cohn, wrote that “the world is not a 'global community,' but an arena where nations, nongovernmental actors and businesses engage and compete for advantage.” The authors of this Hobbesian vision were the two leading globalists in the White House, and neither lasted long.

Since then Mr. Trump has steadily chipped away at the postwar order starting with its original foundations, the trans-Atlantic and European communities, embodied respectively in NATO and the European Union. He has levied national-security tariffs on America's closest allies, called into question the continued relevance of the trans-Atlantic alliance, and raised doubts about the durability of the U.S. commitment to Europe's security. Reversing decades of American policy, Mr. Trump cheered Britain's exit from the EU and effectively encouraged Germany to leave too when he urged Chancellor Angela Merkel to negotiate a bilateral trade deal with the U.S.

While not an isolationist, Mr. Trump is a bilateralist. His effort to achieve balanced trade one nation at a time runs counter to the core principles of the postwar trading system and to the economic consensus from John Stuart Mill and David Ricardo to the present day. Mr. Trump has attacked the WTO's dispute-settlement mechanism even though the U.S. wins a large majority of its cases. He has even threatened to leave that organization.

These and other steps to undo past bargains represent a significant retreat from the norm-based, democratically inclined, open-market-based order that the U.S. largely invented beginning in 1945 and has championed since. Most of these steps are reversible, and some of the damage can be undone. But if this vision of the international order endures, the result may be a return to history where life for many will again become “nasty, brutish and short.”

James Dobbins holds the distinguished chair in diplomacy and security at the RAND Corporation and is a former assistant secretary of state.

This commentary originally appeared on The Wall Street Journal on December 9, 2018. Commentary gives RAND researchers a platform to convey insights based on their professional expertise and often on their peer-reviewed research and analysis.