Withdrawing from Syria Leaves a Vacuum That Iran Will Fill 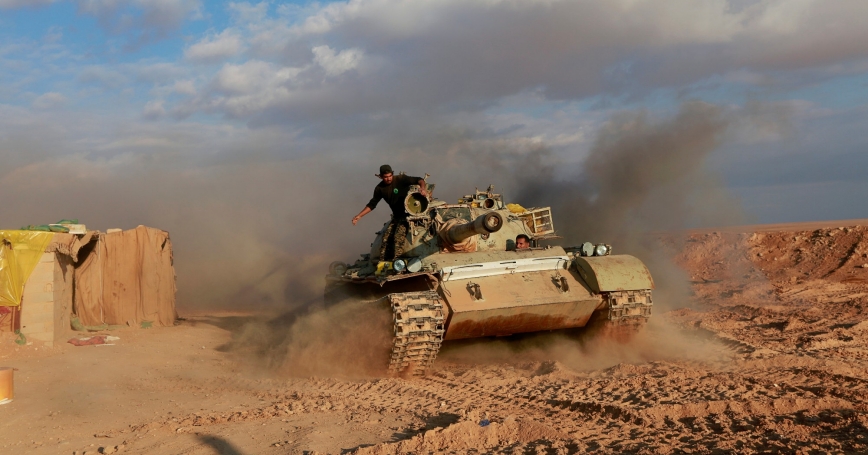 Popular Mobilisation Forces fighters ride in a tank near the Iraqi-Syrian border in al-Qaim, Iraq, November 26, 2018

One of President Trump's final foreign policy decisions of 2018 was also among his most controversial: the withdrawal of the remaining 2,000 U.S. troops from Syria. The order was an astonishing reversal of U.S. policy, and it raised concerns among Washington national security professionals that the Kurds—who have served as U.S. allies in the fight against the Islamic State, or ISIS—will suffer losses while the Assad regime, Russia, and Turkey gain. This weekend, the president's national security advisor, John Bolton, seemingly reversed course again, announcing that U.S. forces would remain in Syria until ISIS was defeated and the Turks provided guarantees that they wouldn't strike the Kurds.

The actor who perhaps benefits above all others from the administration's back and forth on Syria is Iran. An American withdrawal would provide the Iranians with the operational space to expand their growing network of Shiite foreign fighters, who can be mobilized and moved throughout the Middle East. The recent announcements send Tehran the message that Washington will no longer be an obstacle in the way of these designs. Indeed, according to Bolton, the administration's preconditions for withdrawal have to do with the Kurds and ISIS: the national security advisor made no mention of the presence or expansion of Shiite militias trained and equipped by Iran.…

This commentary originally appeared on Foreign Affairs on January 8, 2019. Commentary gives RAND researchers a platform to convey insights based on their professional expertise and often on their peer-reviewed research and analysis.