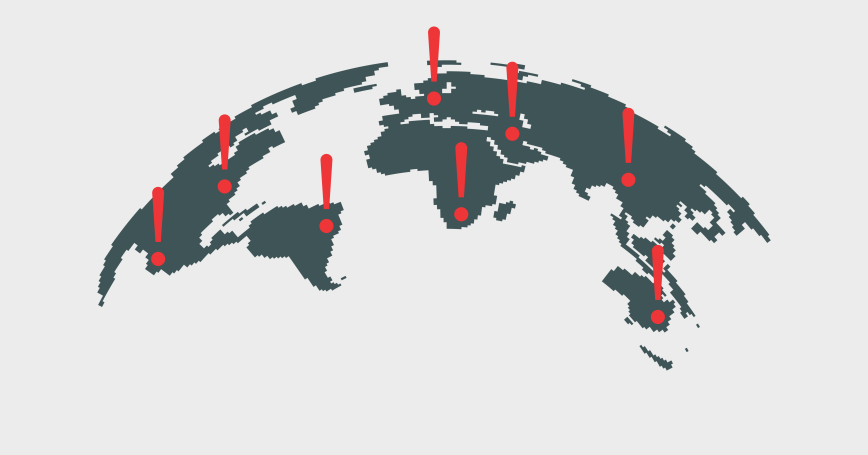 Gathering evidence in the area of counter violent extremism (CVE) is vital, given the increasing role for CVE interventions in the political and security environment. These interventions can range from local programmes engaging people in sport to more direct police investigations. Evaluations of these interventions can play a role in growing this knowledge, by helping the CVE field itself to develop.

One of the key challenges in CVE evaluation is the lack of commonly agreed-upon metrics to measure behavioural changes in people. To begin tackling that challenge, RAND Europe researchers have created a unique framework for those involved in evaluating CVE projects. Called the Violent Extremism Evaluation Measurement (VEEM) framework, it comprises an interactive table that offers suggested tools for measuring attributes of people or groups associated with violent extremism. By providing this set of metrics this new framework aids evaluators in designing both what to measure and how to measure it.

The VEEM framework is based on a recently published peer reviewed paper in Evaluation, the preeminent journal for evaluation in Europe. It grew out of the IMPACT Europe project on CVE to which RAND Europe was a significant contributor. The framework has an overarching structure of three broad categories of violent extremism attributes: 'initial states of extremism,' 'initial manifestations of extremism' and 'extremist manifestations.' Users can click on each category to see its set of attributes and suggested measurement tools.

The attributes range from attitudes and emotions to beliefs and behaviours and are often referred to as elements of 'radicalisation.' However, the VEEM framework does not imply that these violent extremism attributes necessarily occur consecutively.

More About the Attributes

'Initial states of extremism' can include those feelings, emotions and states which are usually internalised within the individual and can include anger, frustration and outrage towards wider society and culture. To address such initial states, CVE interventions can include greater community outreach and engagement and inter-cultural and cross faith community programmes. The initial states can also be challenging to measure, as they may be very subtle and individuals or groups may seek to conceal them. To identify anger and frustration the evaluation framework suggests evaluators might consider referring to psychiatric measures of individuals' wellbeing such as the positive and negative affect schedule; Harrington's frustration discomfort scale (2005); and the state-trait anger expression inventory.

The second set of violent extremism attributes, 'initial manifestations,' are often the first visible identifiers of violent extremism, being external to the individual and shared with colleagues, friends, family and small groups. These attributes include a lack of political participation or lack of involvement in the democratic political process, frustration at a lack of status and recognition in mainstream society, or regularly accessing extremist websites.

To address such attributes CVE interventions can include campaigns to increase voter turnout, social media forums, employment and integration measures, community leadership training, and forums for debate between a local community and authorities. The framework suggests using the Hansard audit of political engagement, albeit stressing the need to apply such measures with caution given the different factors and reasons for lack of political engagement. It also acknowledges the inevitable need for bespoke data collection tools like surveys and focus groups as effective ways to understand levels of these activities and what drives them.

Finally, 'extremist manifestations' are often shared with wider groups of likeminded individuals. Sometimes these violent extremism attributes 'cross the bar' by supporting and justifying the use of violence up to and including the point of committing a criminal/terrorist offence. In response to these attributes, CVE interventions might include partnerships between key agencies working in the field, awareness training for key workers engaging with the community, and the development of sports and educational activities. But at the more violent end (e.g. preparation and instigation of an act of terrorism) inevitable interventions include police investigations, arrests and tactical responses to counter threats. To measure whether individuals and/or groups are at the point of committing a terrorist act the Victim Empathy Response Assessment psychometric test could be employed. Also, actual instances of terrorism or attempted terrorism can of course be counted and analysed.

To summarise, the CVE environment is a fast-changing one and there are undoubtedly other violent extremism attributes that could be added to the VEEM framework. However, the framework represents a realistic first step towards providing an agreed-upon set of metrics to measure intervention progress. It is intended for use within well designed and thought out evaluations, sources for which are becoming more readily available (e.g. the IMPACT Europe toolkit).

Ben Baruch is an analyst at RAND Europe. His interests lie in evaluation and research of social policy and international affairs.