Declaring an End to the Korean War 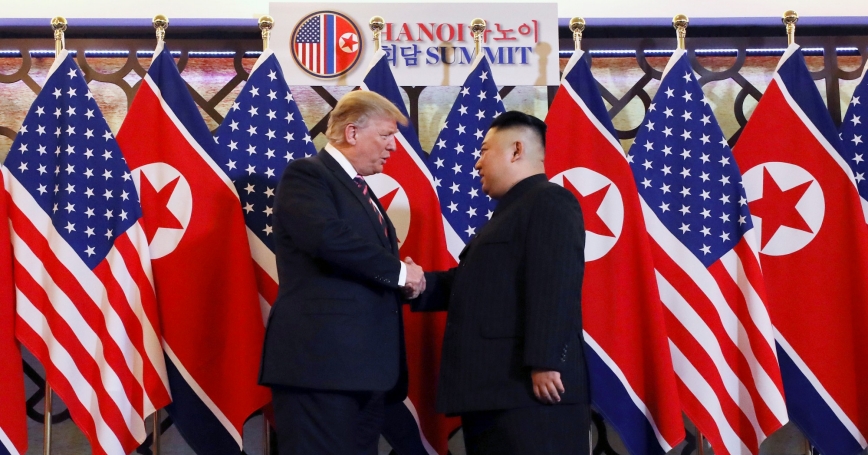 President Donald Trump and North Korean leader Kim Jong Un might agree at their summit this week in Hanoi, Vietnam, to declare an end to the Korean War. Since this conflict stopped 66 years ago, what would be the practical impact of such declaration? Militarily, probably little or none, but politically it could be significant.

The fighting in Korea raged from 1950, when North Korea under Kim Jong Un's grandfather invaded the South, until 1953, when an American and a North Korean general signed an armistice or cease-fire agreement on behalf of all of the participants on both sides. A conference convened the following year to negotiate a peace treaty but failed to produce any result. And the conflict has never been formally concluded.

It now seems that the two Korean governments are prepared to put [their] differences aside, at least temporarily, in order to declare the 1950-53 conflict definitively over.

The principal obstacle to a peace agreement has been the refusal of both Koreas to recognize the legitimacy of the other, and their differing views on the path to eventual reunification. North Korea has also insisted that all American forces must leave as part of any peace agreement. It now seems that the two Korean governments are prepared to put these differences aside, at least temporarily, in order to declare the 1950-53 conflict definitively over.

Proponents of such a move, who include South Korean leaders, believe that a peace declaration will act as a confidence building measure and facilitate denuclearization and other arms control measures on the Korean Peninsula. Critics in South Korea and the United States fear that declaring an end to the war will weaken the rationale for the American military presence and create a false sense of optimism about resolving the actual threats to peace presented by North Korea's nuclear, chemical and conventional arms and its often provocative behavior. These critics worry not just about the effect of a peace declaration on South Korean opinion but also on Trump's willingness to sustain a military commitment that he often characterizes as excessively expensive.

Peace Will Be Difficult, Time-Consuming

President Trump and his negotiating team, for their part, seem to view a peace declaration as a relatively low-cost component of a quid pro quo for North Korean steps toward denuclearization, to include the dismantling of some nuclear facilities. They acknowledge the risks but see these as less costly than relaxing the sanctions regime in exchange for only partial North Korean moves on denuclearization, as Kim would prefer.

Should Trump and Kim agree, the peace declaration is likely to be issued by China and South Korea as well. On its own, such a statement will have no effect on the military balance or on the provisions of the 1953 agreement that established the demilitarized zone separating the two Koreas.

If accompanied by a call to negotiate an actual peace treaty, then one might eventually see the armistice replaced by some normalization of relations between the two Koreas and perhaps between North Korea and the United States. But such steps will be difficult and time-consuming to negotiate, and so it will not be an immediate or even an early result of the Trump-Kim summit.

James Dobbins, a senior fellow at the RAND Corporation, was a U.S. delegate to the 1968 Vietnam peace talks, President George W. Bush's special envoy for Afghanistan after 9/11, and President Barack Obama's Special Representative for Afghanistan and Pakistan from 2014 to 2015.

This commentary originally appeared on USA Today on February 27, 2019. Commentary gives RAND researchers a platform to convey insights based on their professional expertise and often on their peer-reviewed research and analysis.