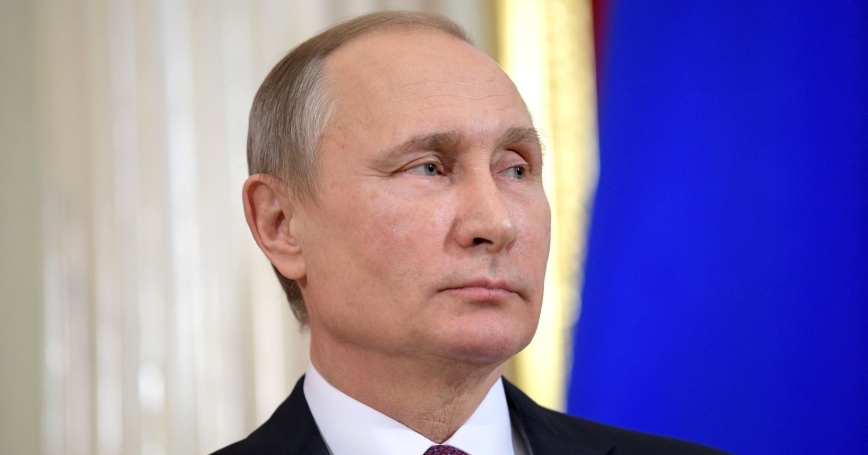 Photo by the Russian Presidential Press and Information Office

They've been called political warfare, measures short of war, gray zone warfare, and a host of other terms. Whatever the preferred term of art, Russia has used a wide range of hostile measures—political, economic, diplomatic, intelligence, and military activities—to expand its influence and undermine governments across the European continent. And yet, for all the attention paid to the subject, there remains a basic paradox in Russia's actions. On the one hand, Russia's actions are widespread and sophisticated, employing a varied toolset to differing degrees depending on local circumstances. On the other, in most of Europe, the results so far have been lackluster at best. There are two keys to unraveling this enigma. First, Russia faces a structural problem: Its leverage tends to be greatest in countries in its near abroad, and not necessarily in those countries best positioned to accomplish Russia's other key foreign priorities of changing the overall bent of Western policy, undermining institutions like the European Union and NATO or promoting its vision of itself as a great power. Second, because its hostile measures are unpredictable and generally unlikely to succeed, Russia has adopted a “soft strategy” for employing these measures, using a wide array of tactics without a clear picture of how they will ultimately serve its interests.

Russian hostile measures span the continent of Europe, from Sweden to Italy and Spain to Moldova. While some measures are similar in many countries, such as its RT television network and its control of energy resources, Russia also tailors its approach. Russia can reach out to the population of Russian and Soviet migrants and their children in Estonia and Latvia. It can seek to exacerbate ethnic conflict in the Balkans by training paramilitaries in Bosnia or stir up strife by sowing discord in the Hungarian minority in Romania. While Russian ties to the far right across Europe have attracted much of the attention, Russia has also allegedly forged relationships with far-left parties. And modern Russian propaganda is similarly tailored, if inconsistent, in its messages. Not all of these threats are equally concerning, but virtually no country on the continent is wholly untouched and in no two countries is Russia's approach precisely the same.…

Raphael S. Cohen and Andrew Radin are political scientists at the nonprofit, nonpartisan RAND Corporation. They are the authors of the recently released report, Russia's Hostile Measures in Europe: Understanding the Threat from which this piece is partially adapted.

This commentary originally appeared on War on the Rocks on February 26, 2019. Commentary gives RAND researchers a platform to convey insights based on their professional expertise and often on their peer-reviewed research and analysis.