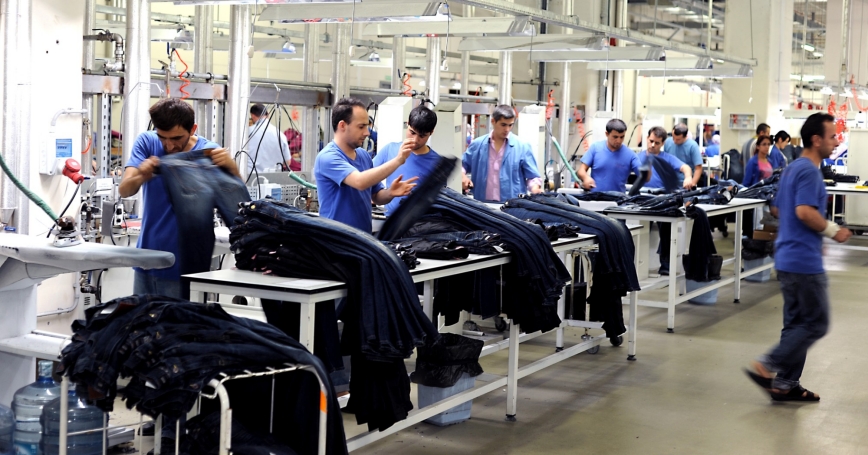 by Shanthi Nataraj and Louay Constant

While interviewing Syrian refugees last year in Turkey, Jordan, and Lebanon, we heard versions of the same story over and over. Many refugees were unable to find work in their chosen fields. They were forced to reinvent themselves as workers as they struggled to survive.

As the civil war in Syria continues into its eighth year, the needs of the more than 6 million Syrian refugees hosted by neighboring countries have outgrown humanitarian aid. Refugees working to support their families desire the dignity of self-sufficiency. Yet our study of labor markets and Syrian refugees in these countries found that many refugees were not able to fully use their skills—a lost opportunity both for the Syrians and their host countries.

Syrians are finding ways to get by, but not in the occupations in which they have education, training, and experience.

Our survey found that Syrians in all three countries were finding ways to get by. Most men were working, as were many women between the ages of 18 and 55, but not in the occupations in which they had education, training, and experience.

Only about a third of Syrians in Turkey and Jordan held the same occupations they had in Syria. A firefighter was working as a tailor, a chemist as a mechanic, and an IT specialist was doing odd jobs. Even in Lebanon, where over half of the Syrians worked in the same field as they had in their home country, many respondents echoed the sentiment of a Syrian man in the Bekaa Valley: “When we find a job, we take it, even if [it is] not our profession. We need the money, so we will take any jobs in order to survive.”

Many more Syrians were performing unskilled manual labor in their host countries than had done so in Syria. And far fewer survey respondents were self-employed or business owners as they had been in Syria.

Overall, our findings suggest that a substantial share of Syrians have skills that are not being fully utilized in their host countries. This lost opportunity is particularly striking, given that interviews and surveys suggested that firms in these countries often struggle to fill semi-skilled and highly skilled positions, especially in second-tier cities.

A number of steps could be taken to rectify this situation and to help the refugees and their host countries. Easing legal restrictions on occupations and sectors in which Syrians are allowed to work could help Syrians put their skills to work while filling openings in host-country firms. So too could allowing and incentivizing Syrians to move if they find jobs outside of the region where they are registered. This would be especially beneficial if the jobs are in locations that do not already have large numbers of refugees, and where the unmet demand for semi-skilled workers is high.

A well-designed job training and matching program—one conducted in partnership with an industry association, and targeting Syrians as well as host-country workers—could provide job opportunities for all. And making it easier to finance and legally start a business could not only provide current job opportunities for Syrians, but also allow them to create jobs in the host country.

Taking advantage of the skills Syrians brought with them has the potential to increase economic opportunities for host-country workers and firms—even as it improves the lives of Syrian families.

Shanthi Nataraj is a senior economist and Louay Constant is a senior policy researcher at the nonprofit, nonpartisan RAND Corporation.

This commentary originally appeared on RealClearWorld on February 13, 2019. Commentary gives RAND researchers a platform to convey insights based on their professional expertise and often on their peer-reviewed research and analysis.