The Little-Known Security Gaps in China's Belt and Road Initiative 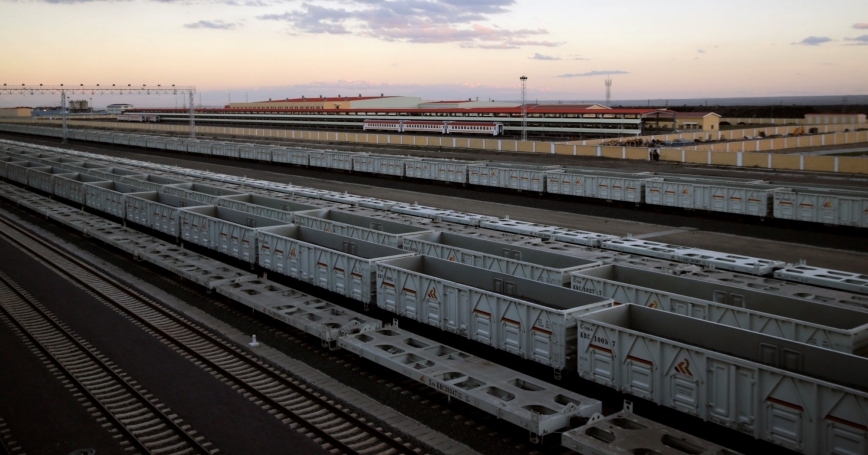 Cargo terminal of the Standard Gauge Railway line, which was financed by the Chinese government, Nairobi, Kenya, May 31, 2017

China's Belt and Road Initiative, sometimes referred to as “One Belt, One Road,” or “the new Silk Road,” is Beijing's signature foreign policy project focused on developing robust infrastructure to connect China to key hubs of economic activity throughout the world. Even though the Chinese Communist Party might dispute this characterization, the initiative is also a geopolitical strategy—underpinned by energy security and access to resources—that is thinly veiled as an economic policy.

With all of the focus on economics and energy, however, there have been few public discussions about the security concerns surrounding this endeavor, especially as the various lines of effort extend across and through a range of failed states and ungoverned spaces in some of the most unstable parts of the globe. In addition, increasing anti-Chinese sentiment in parts of Central Asia and Africa have brought increased threats of terrorism and sabotage aimed at disrupting China's growing presence in these regions.

It is important to note that none of the strategic drivers—economic, energy and international security—operates in a vacuum, but instead mutually reinforce one another. For example, to ensure continued domestic economic growth, energy security is key. No industry can operate without energy. The same is true for altering the geopolitical structure on the Eurasian continent, which will ultimately require some show of modern military capability. A modern military cannot be developed without money and energy. Similarly, a stable geopolitical and international security landscape is vital for Beijing to ensure the undisrupted development of the Belt and Road Initiative in order to attain the first two objectives, economic gain and access to energy. Yet, it is within the latter, security, that the biggest challenges for Beijing lies.

It is an easy equation: The more interests one has abroad, the more one has to protect. This means there are serious domestic security concerns for Beijing to consider, including political unrest, rising anti-Chinese sentiment, and fallout from both terrorism and organized criminal activities. An array of terrorists, insurgents and criminal networks remain active throughout regions and countries that are important hubs for the Belt and Road Initiative. For example, in Central Asia several highly capable terrorist groups have a presence, including the Islamic Movement of Uzbekistan, Jamaat Ansarullah, and Islamic Jihad Union. In 2016, the Chinese Embassy in Bishkek, Kyrgyzstan, was attacked by what was later confirmed to be members of the Turkistan Islamic Party—a transnational terrorist organization that views China as one of its primary targets due to China's treatment of its Muslim minority population. Chinese nationals have been killed in terrorist attacks in Thailand, Pakistan, Mali and elsewhere.

Most of the infrastructure is protected by Chinese private security companies. Many of these companies lack experience and training in conflict and combat situations. As a result, China is increasingly deepening its military engagement to ensure its interests abroad, which may threaten the sovereignty of host or neighboring countries. A project like the Belt and Road Initiative provides terrorists with a wealth of soft targets to attack, including high-profile symbols like transportation infrastructure. The extensive pipeline networks currently being built are hard to protect, and attacks on energy infrastructure could prove devastating....

Mollie Saltskog is an intelligence analyst at The Soufan Group, a strategic consultancy based in New York City. Colin P. Clarke is a senior fellow at The Soufan Center and a senior adjunct political scientist at the RAND Corporation.

This commentary originally appeared on The National Interest on February 17, 2019. Commentary gives RAND researchers a platform to convey insights based on their professional expertise and often on their peer-reviewed research and analysis.