The Wall Is Not the Only Answer 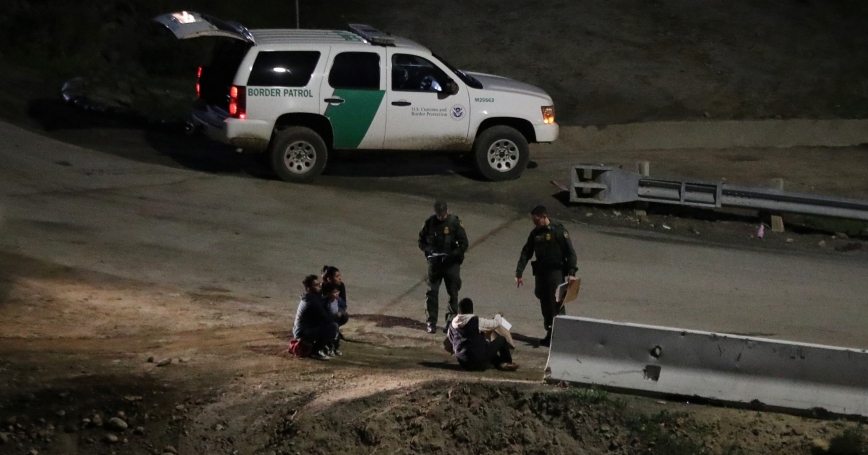 The president and Congress have just days to negotiate an agreement over border security, or the government may shut down once again. The president has demanded Congress provide $5.7 billion to build a steel barrier or wall along parts of the U.S. border with Mexico in order to address illegal immigration and drug trafficking.

Traditional U.S. approaches to securing the border focus on deploying barriers, such as walls, to re-route unlawful migrants who are trying to evade detection to areas of the border where technology and manpower can be used to apprehend them.

Barriers are most effective in urban or suburban areas, where unlawful migrants can quickly disappear into the population after they cross over. They are considerably less effective in remote areas, where it can take days of walking to reach a town or road and where they need constant maintenance to avoid compromise.

In these areas, technology such as ground radars and camera systems can be used to detect illegal entries and guide agents to apprehend migrants before they can reach urban centers and disappear into the interior of the country.

Over the past three decades, substantial investments have been made in all of these border security measures. For example, since the early 1990s, the United States has increased the size of the Border Patrol from roughly 4,000 agents to roughly 20,000 (PDF), deployed thousands of underground sensors, sophisticated fixed and relocatable radar and camera systems and constructed more than 670 miles of physical barriers on the southern border.

As policymakers begin to debate what kind of funding is needed to secure our borders, there are a number of questions that they should be asking themselves.

Are more barriers needed, and if so where? While there may be additional parts of the border where barriers make sense, many of the remaining areas of the border are either remote desert and mountain regions or adjacent to the Rio Grande where recurrent floods make constructing permanent barriers a difficult proposition.

One consideration may be whether there are areas of the border where it is operationally advantageous to replace existing barriers with the more robust barriers that the president has called for.

What else needs to be done to address unlawful migration? In addition to the barriers that the president has called for, there may be other investments that should be considered by Congress.

Smugglers often surveil our border officials in order to avoid them. Investing in relocatable technologies and other assets that can be moved regularly in order to mitigate this could be of value. Additional aerial surveillance could also be useful.

Are there other investments in the U.S. immigration system that make sense? As I've noted in previous articles, unlawful immigration is at historic lows, and increasing numbers of migrants being apprehended at the border today are actually not even trying to avoid detection and escape into the interior of the United States.

Instead, thousands of migrants—predominantly families—are actively seeking out border officials at and between U.S. ports of entry in order to turn themselves in and enter the asylum system by claiming fear of being subjected to violence or persecution in their homelands.

Building more robust barriers or walls is simply not going to affect migrants who are actively seeking out border officials to claim asylum.

Building more robust barriers or walls is simply not going to affect migrants who are actively seeking out border officials to claim asylum—and this population now accounts for a rapidly growing share of all individuals encountered at the border.

Congress may consider adding resources to other parts of the system, including:

How can drug trafficking be addressed? The president notes that 300 people die from heroin overdoses each week, and that 90 percent of heroin comes across the southwest border. However, most hard narcotics—including heroin, fentanyl and cocaine—are actually crossing the border through U.S. ports of entry, hidden in deep compartments in vehicles or on people.

As Congress debates border security in the coming weeks, it could consider making investments in hand-held scanning technology and other measures targeted at helping our border officials better detect illicit drug shipments.

Lastly, while all of these investments are useful, they are generally only addressing the symptoms rather than the underlying root cause of the challenges.

Until policymakers from both sides come together to engage in a bipartisan effort to reform U.S. immigration laws, U.S. policy options to address the incentives that are causing these Central American families to risk their lives to come to the border in order to claim asylum will continue to be severely constrained.

This commentary originally appeared on The Hill on February 8, 2019. Commentary gives RAND researchers a platform to convey insights based on their professional expertise and often on their peer-reviewed research and analysis.