The Warsaw Summit Is No Madrid 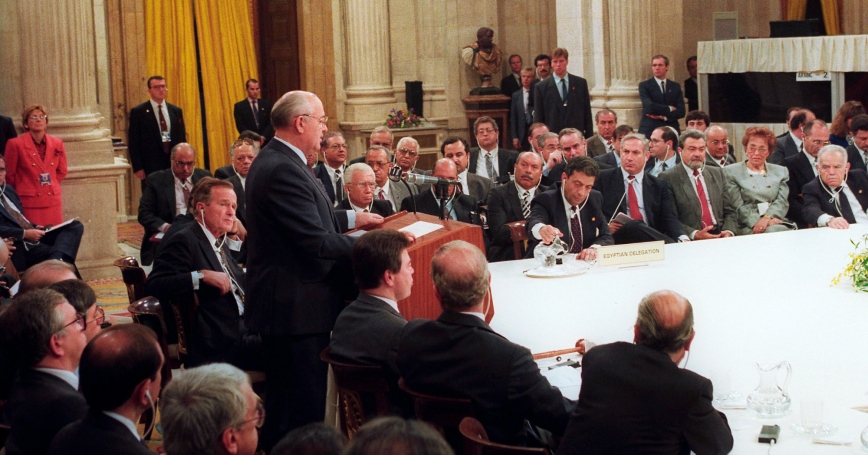 This week, the United States and Poland will be co-hosting a summit in Warsaw to “Promote a Future of Peace and Security in the Middle East.” More than 70 countries have been invited, a departure from the Trump administration's usual unilateralism.

Unfortunately, history suggests the conference won't amount to much.

Nearly 30 years ago, the United States launched its boldest regional effort toward peace and stability. The Madrid Conference of 1991 arguably failed on its core objectives—but not for lack of trying. And the Madrid example, today, shows just how unlikely the Trump administration's efforts are to bear fruit.…

The remainder of this commentary is available at newrepublic.com.

Dalia Dassa Kaye is director of the Center for Middle East Public Policy and a senior political scientist at the nonprofit, nonpartisan RAND Corporation.

This commentary originally appeared on New Republic on February 13, 2019. Commentary gives RAND researchers a platform to convey insights based on their professional expertise and often on their peer-reviewed research and analysis.