Who Should Fund U.S. Research and Development? 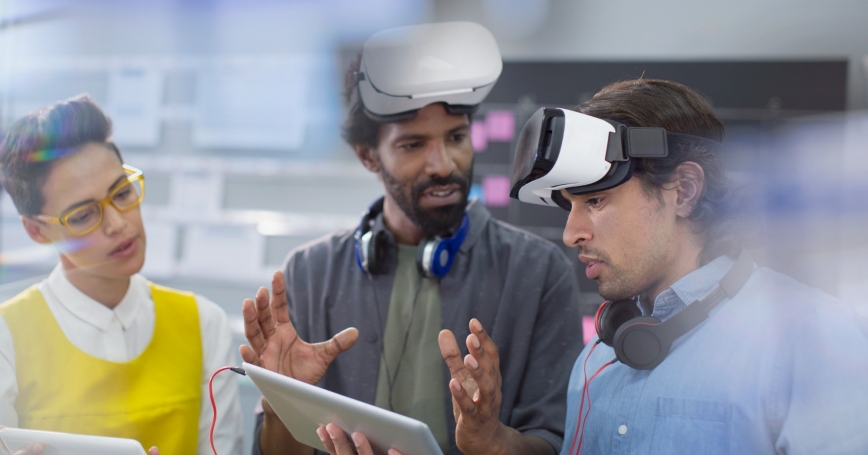 The president's science adviser and director of the White House Office of Science and Technology Policy, Kelvin Droegemeier, gave his first major speech last week. The speech before the American Association for the Advancement of Science was noteworthy for its strong historical references to the nation's first de facto presidential science adviser, Vannevar Bush, as well as its not-so-subtle shift toward greater reliance on private sector basic research funding.

Bush's July 1945 report, “Science, the Endless Frontier”—written for President Franklin D. Roosevelt but delivered to President Harry Truman—argues that “scientific progress is one essential key to our security as a nation, to our better health, to more jobs, to a higher standard of living, and to our cultural progress.” The report goes on to argue for an important post-World War II role for the government in promoting basic research.

As Bush's report did almost 75 years earlier, Droegemeier recognized the contribution of science and technology in economic and national security. To this end, he called for development of an enterprise view of research and development, bringing together the efforts of private sector, academic sector, nonprofit sector and private companies. This view could enable looking across portfolios, rather than considering research as a “bunch of individual pieces.” Droegemeier also recommends increasing diversity within the scientific community—diversity of people, talents and disciplines—working together to “maximize the contributions of our intellectual endeavors.” And Droegemeier argues for the need for a better understanding of U.S. scientific research capabilities and gaps by establishing a quadrennial research assessment.

His remarks largely portend continuity with Vannevar Bush's direction and provide interesting food for thought for maturing the scientific enterprise.

Yet in private-sector funding for basic research, Droegemeier's remarks seem to break away from Bush's lead. Droegemeier argues that trends toward greater industry investment have been observed and points to the need for greater non-governmental entrepreneurship and funding. The implication is that the private sector can deliver on the nation's future basic research needs. Perhaps this is the case, but government also has an important role in shaping the future research and development ecosystem that Droegemeier left largely unspoken.

The United States is in a global technology competition with important economic and national security implications. As the director of National Intelligence's 2019 Worldwide Threat Assessment indicates, “the innovations that drive military and economic competitiveness will increasingly originate outside the United States, as the overall U.S. lead in science and technology (S&T) shrinks; the capability gap between commercial and military technologies evaporates; and foreign actors increase their efforts to acquire top talent, companies, data, and intellectual property via licit and illicit means.”

The global technology competition is fierce with new areas such as artificial intelligence, quantum computing, the internet of things, biotechnology and advanced manufacturing. Control of fifth-generation cellular wireless networks and supply chains represents the most recent skirmish line in this technology Cold War. At stake in the 5G arena is ensuring U.S. interests are protected across networks that offer vastly greater speed and capacity. Losing this battle could jeopardize control of the network and internet security, which could have U.S. economic and security implications.

In this environment, government leadership and funding for shaping national research and development priorities will be essential. Government responsibilities should include being more strategic in identifying challenges and opportunities. Examples of previous government-sponsored game changing research and development include Nuclear energy, the internet, stealth technology, and the Human Genome Project. But looking at the challenges and opportunities requires adequate resources, and as Rush Holt, the CEO of the American Association for the Advancement of Science reminded the audience in his introduction of Droegemeier, the government's funding for science is currently “suboptimal.” Given the private sector's focus on later-stage research with an eye toward commercialization, the government would likely remain prescient in providing early funding for the next generation of game-changing technologies.

Promoting scientific discovery and technological advancement while managing risks also argues for a clear government role. Governments cannot turn science and technology development over to private industry yet retain the capacity at just the right moment to prevent dangerous outcomes or unintended consequences. Identifying the tipping point will likely be important, whether that means increased monitoring or limiting research though control measures such as voluntary compliance, codes of ethics, institutional review boards, policies, regulations, laws and international agreements. Such actions would probably need to be considered within the context of an increasingly globalized research and development environment.

Ultimately, a balance should be struck that promotes science and technology development while recognizing the complementary roles of government and private-sector funding. An “all or nothing” approach in favor of one or the other may fail. A potential first step toward striking a balance should be reconsideration of the “suboptimal” government funding for scientific research.

Daniel M. Gerstein is a senior policy researcher at the nonprofit, nonpartisan RAND Corporation and an adjunct professor at American University. He was the undersecretary (acting) and deputy undersecretary in the Science and Technology Directorate of the Department of Homeland Security from 2011-2014. Gerstein's latest book, “The Story of Technology: How We Got Here and What the Future Holds,” will be published in fall 2019.

This commentary originally appeared on The Hill on February 22, 2019. Commentary gives RAND researchers a platform to convey insights based on their professional expertise and often on their peer-reviewed research and analysis.