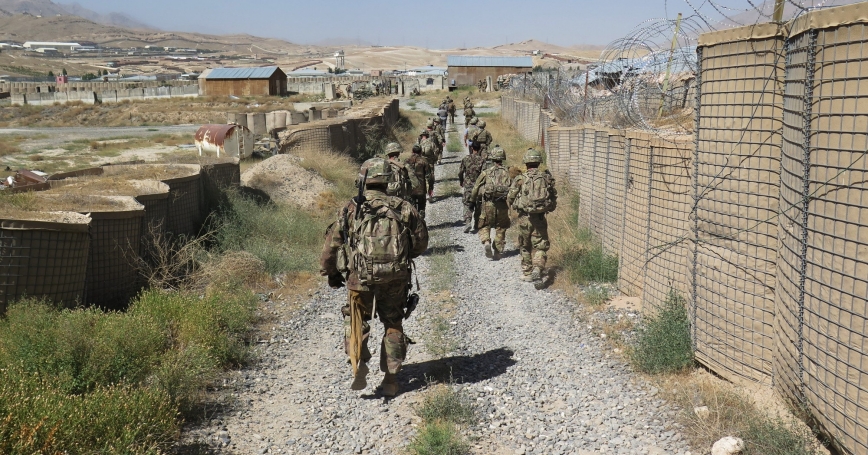 The Trump administration has reportedly offered to withdraw forces from Afghanistan if the Taliban stops fighting and opens negotiations with the government. If the Taliban assents, the result won't be a peace agreement, only an agreement to enter a peace negotiation. Yet given that the U.S. has sought such talks since 2010, even this limited step would represent no mean achievement.

Whether it leads to an enduring peace will depend on many factors, including American endurance. If the U.S. withdraws its forces once negotiation begins, the talks will collapse and the war will resume. Likewise if the U.S. leaves after an agreement is reached but before it is implemented. Only if the U.S., its allies and the rest of the international community remain engaged through the implementation of whatever agreement emerges will there be a better than even chance of an enduring peace.

These predictions are based on the history of post-Cold War conflict resolution. Dozens of peace negotiation since 1989 have produced dozens of peace agreements, only a minority of which have produced peace. One can also go back further and recall the negotiations to end the war in Vietnam, which began in 1968 and ended in 1973. Washington and Hanoi spent the first year negotiating the enlarged format which would include South Vietnam and the Viet Cong, and four more years working out an eventual peace agreement. The U.S. carried out its part of that agreement, withdrawing all its forces. Neither of the Vietnamese parties did. The war resumed in 1975 and South Vietnam was overrun.

If the Taliban agrees to a cease-fire and wider negotiations, it will be an accomplishment to celebrate. But it will be only the first step on a long and difficult road to peace.

If the Taliban agrees to a cease-fire and wider negotiations, it will be an accomplishment to celebrate. But it will be only the first step on a long and difficult road to peace. By 1973 President Nixon was under intense domestic pressure to end American involvement in Vietnam. President Trump is under no such pressure today. Most Americans would like to see the Afghan war ended, but it's nowhere near the top of their government to-do list.

Mr. Trump thus has the freedom to pursue an enduring peace, rather than merely a decent interval between an American exit and Afghanistan's descent into a wider civil war. The latter outcome would only benefit al Qaeda, Islamic State and other extremist groups.

Dobbins is a senior fellow at the RAND Corporation. He served with the U.S. delegation to the Vietnam peace talks in 1968 and was President Bush's special envoy for Afghanistan after 9/11 and President Obama's special representative for Afghanistan and Pakistan in 2014-15.

This commentary originally appeared on The Wall Street Journal on January 30, 2019. Commentary gives RAND researchers a platform to convey insights based on their professional expertise and often on their peer-reviewed research and analysis.