How to Ensure Quality Drinking Water Service for All? One Option Is Fewer Utilities 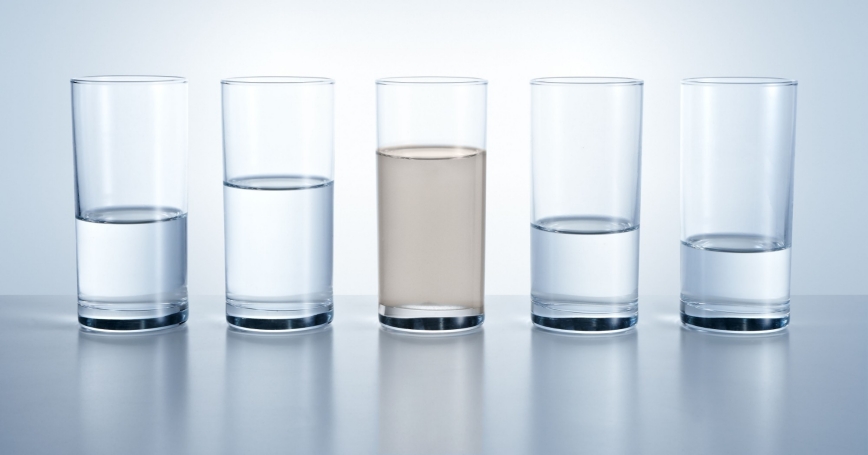 In 2018, residents of the embattled Sativa Los Angeles County Water District serving parts of Compton and Willowbrook reported “brown, smelly water coming out of the taps.” The Sativa district, which serves drinking water to fewer than 7,000 people, had long been plagued by allegations of poor maintenance, corruption, and financial mismanagement.

California's small water utilities are much more likely [than larger utilities] to be the source of unsafe drinking water, accounting for more than 85 percent of water quality violations.

Sativa is one of 228 community systems (utilities) that provide water to more than 10 million people in Los Angeles County. While small, the utility is far from the smallest in the state—roughly two-thirds of the 3,000 water systems across California provide service to fewer than 500 people. California's small water utilities are much more likely to be the source of unsafe drinking water, accounting for more than 85 percent of water quality violations.

California's landmark 2012 Human Right to Water Bill declares that “every human being has the right to safe, clean, affordable, and accessible water adequate for human consumption, cooking, and sanitary purposes.” One clear barrier to reaching this target is the sheer number of small water utilities that pose service sustainability and public health risks to their customers. Instead, these utilities could be consolidated from nearly 3,000 systems to under 1,000 by expanding the regulatory scope of the State Water Resources Control Board, the primary authority charged with handling system consolidations.

Small systems have weak economies of scale—a state survey (PDF) of all utilities in Indiana found that large and very large systems provide water services at two-thirds the costs—or less—of small and very small systems.[1] Many small and very small systems also chronically undercharge customers the true costs of maintaining and operating system infrastructure, partially because the elevated cost of service may make rates unaffordable. This means the systems are less able to conduct routine maintenance, manage their assets, raise capital, and invest in needed infrastructure upgrades. Perhaps equally important, small utilities are less capable of achieving economies of scale in management and governance. Many either cannot afford or do not have access to the level of technical and managerial expertise (PDF) that larger utilities employ, and they are more likely to have governance boards that know less about water policy or how to optimize infrastructure improvements and adopt new technological innovations. In a state grappling with its drought vulnerability, many small systems also rely solely on groundwater basins that are at risk of running dry in the future. The intersection of some or all of these factors may lead consumers to justifiably lose confidence in their utilities, which can occasionally cause social and political tension to the extent seen in Sativa.

One path forward is consolidation of these small systems. A consolidation may be physical, involving both a change of ownership and merging or sharing of existing infrastructure, or it can be managerial, involving a change in ownership and shared financial, managerial, and technical capacity. Achieving a two-thirds reduction over the next few decades through these types of mergers is plausible. Although such a goal is bold, other states have already demonstrated similar success. Since 1979, for example, Kentucky has consolidated roughly 2,000 water systems into only 400 today.

The benefits of consolidation are often realized only once a crisis emerges. These benefits could include improvements in economies of scale, water rate affordability, water supply security, water service safety, community confidence, and economic development. For example, in the San Joaquin Valley, residents of many disadvantaged communities served by small systems rely on bottled water for drinking and cooking because their only water source is contaminated groundwater. Several dozen of these systems are working to consolidate by receiving an extension of drinking water service from nearby larger systems with clean, treated supplies. In Lake County northwest of Sacramento, several communities around Clear Lake faced high costs of rebuilding (PDF) separate systems after the 2015 Valley Fire destroyed their infrastructure, so they consolidated to decrease the cost of rebuilding. Elsewhere, efforts are more preemptive. The San Juan Water District and the Sacramento Suburban Water District are in consolidation talks primarily to diversify water sources and build resilience against drought.

If California is to greatly reduce its number of water systems, the current consolidation system could benefit from sharper legal teeth. One option would be to extend the regulatory power of the State Water Resources Control Board to include financial oversight of utilities so that systems must prove they are charging their customers adequate rates and properly managing their finances to sustainably invest in their infrastructure. Currently, the board can only monitor and enforce mandatory consolidations on systems that consistently fail to meet water quality standards. Utilities with poor governance and management and weak economies of scale, however, almost always have financial problems before they fail to meet water quality standards.

This was the case with Sativa. Although the district did not have previous water quality violations, it had outstanding infrastructure investment needs of more than $15 million, or nearly $10,000 per household, because of long-term poor fiscal management. In October, state officials abolished the Sativa governance board, transferring control to Los Angeles County and ending a long legal and public relations battle to resolve the issue of unsustainable water services. These problems may have been avoided if Sativa had been previously consolidated with one of several nearby systems.

In lieu of extending the regulatory power of the State Water Resources Control Board, another option could be for state officials to begin requiring financial performance reporting from utilities so the next Sativa can be detected before it emerges. If it chose to do so, the State Water Board would be preemptively acting to encourage voluntary consolidations among districts as well as key performance improvements.

Pardee RAND Graduate School fellows led the development of this series, with support from RAND researchers. Each piece examines a critical and emerging water sustainability challenge for Southern California through a different lens—economics, public health, technology and governance. These pieces are intended to spark discussion, thought, and engagement with policymakers, planners and the general public in the key debates impacting the health and sustainability of our urban systems. The John and Carol Cazier Environmental and Energy Sustainability Initiative generously supported this effort.