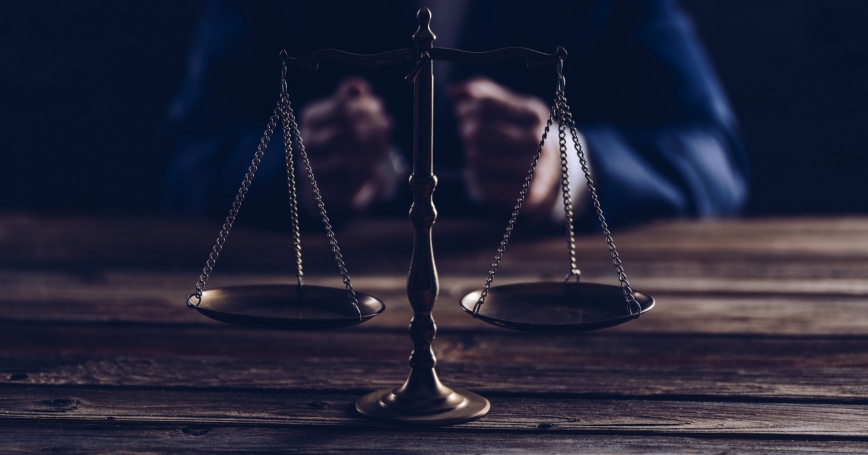 Whether Hoda Muthana, who left the United States for the Islamic State in 2015 and now wishes to return home, is or is not a U.S. citizen distracts from the larger issue of what should be done about the detainees now held by U.S.-backed Kurdish and Arab forces in Syria.

Muthana could be returned to the United States and prosecuted for providing material support to a foreign terrorist organization whether or not she is a U.S. citizen.

Since 1996, the United States has asserted universal jurisdiction over terrorism directed against the United States wherever in the world it may occur. She did not have to carry a gun or detonate a bomb. U.S. law makes it a crime to provide material support of terrorism, and that can include lending oneself to the cause.

Whether this appropriately applies to Muthana is for investigators and ultimately a court to decide. Roughly two-thirds of Americans who have gone abroad or even attempted to do so in order to join ISIS, al Qaeda or any other jihadist group have been prosecuted in the United States. Most are currently in prison. The remaining third have been killed abroad although some may still be at large.

Prosecutors always have discretion. In a handful of cases—all involving young women—the authorities decided that the specific circumstances did not warrant prosecution.

Bringing back captured jihadist volunteers is not a humanitarian obligation (nor is depriving them of citizenship an adequate punishment). Repatriation and prosecution could serve America's own long-term goals of defeating the jihadist enterprise and ensuring that it does not rise again.

Each returnee should face investigation and prosecution where appropriate, the result of which will depend on individual circumstances and the degree of cooperation.

Here are five reasons why:

The war isn't over. The territory that ISIS seized in 2014 has been recaptured, but the global jihad inspired by al Qaeda and the Islamic State has not ended. It will continue in Syria as an underground insurgency. As we have discovered again and again, the jihadist enterprise is tenacious, resilient and opportunistic.

The U.S.-supported Kurdish and Arab units that are now holding hundreds of foreign fighters who joined ISIS are not sovereign states. They are ad hoc military formations and have no capacity to incarcerate people for long periods.

As U.S. troops are preparing to depart, U.S. financial support may also be cut. Absent repatriation to the United States or the home countries of other nationalities, and given the continuing turmoil of the region, those now in custody could end up again at large. It is less difficult and cheaper to deal with them now than recapture them in some future jihad.

We need to break the jihadist chain. Some foreign fighters will go home disillusioned, but others will scatter to other jihadist fronts in Africa, the Middle East and Central Asia. Each new jihadist front has origins in the previous conflict and promotes the next jihad.

Foreign fighters who joined the Afghan resistance against the Soviet invasion in the 1980s went on to participate in the wars in Bosnia, Chechnya and Afghanistan in the 1990s. Veterans of al Qaeda scattered after the American invasion of Afghanistan in 2001 to launch jihadist terrorist campaigns from Indonesia to Morocco. Some joined the Iraqi insurgency in 2004 to form the core of what later became the Islamic State.

ISIS is different in having attracted tens of thousands of foreign fighters, including thousands from the West. Leaving them behind in the desert may sound like Biblical punishment, but it is dangerous. They should be returned and cleared, incarcerated, monitored if paroled or at least de-radicalized.

Justice must be done. Some of those who traveled to the Islamic State were simply fools. Left on their own, they could become fanatics. Others are guilty of atrocities. Merely depriving them of citizenship is not justice.

They should be prosecuted for their crimes, including the kidnapping and beheading of American and other hostages. Each returnee should face prosecution, the result of which will depend on individual circumstances and the degree of cooperation.

The captives are a potential resource. They may be able to provide some intelligence and evidence needed for other prosecutions. If truly repentant, they can be enlisted in efforts to dissuade young people from repeating their own mistakes. The degree of cooperation would affect their sentences.

However, we cannot realistically expect cooperation until they are removed from their current circumstances in Syria. They are in camps, mixed in with hardened fanatics who could take action against those who betray the cause. So long as they fear being left behind, concerns about their survival could prevent collaboration.

This is a propaganda opportunity not to be missed. By returning these individuals, resolving each case in a transparent process in accordance with the law, bringing villains to justice but being magnanimous in victory, the United States and its allies could portray the defeat of ISIS not as a military victory, but as a success against the crime of terrorism.

In contrast to the mass executions, beheadings, crucifixions, that the Islamic State advertised as justice, the United States could demonstrate its values.

Bringing back captured jihadist volunteers is not a humanitarian obligation; it serves America's own long-term goals of defeating the jihadist enterprise and ensuring that it does not rise again.

Bringing back captured jihadist volunteers is not a humanitarian obligation; it serves America's own long-term goals of defeating the jihadist enterprise and ensuring that it does not rise again. As it did in bringing about the reduction of the Islamic State, the United States could also take the lead in clearing up the fragments left behind.

President Trump has sensibly urged European allies to repatriate their nationals. The United States has agreed with the United Kingdom to exchange information relating to prosecution of U.S. and British nationals.

European law makes it more difficult to prosecute returning ISIS veterans and supporters, which impedes repatriation. The United States could assist with the gathering of evidence and, in some cases, assume the role of prosecutor.

Every administration since Richard Nixon has viewed terrorism as a global threat requiring international cooperation. The disposition of nationals who joined jihadist groups is another aspect of terrorism where the United States could exercise diplomacy and law to reduce a global threat.

This commentary originally appeared on The Hill on March 4, 2019. Commentary gives RAND researchers a platform to convey insights based on their professional expertise and often on their peer-reviewed research and analysis.