Life After Brexit Need Not Be a Disaster for the UK 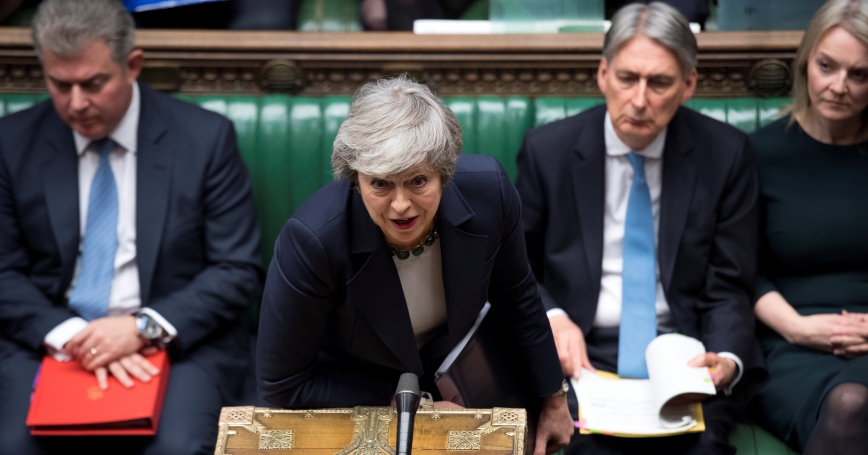 Britain's Prime Minister Theresa May speaks in Parliament ahead of a Brexit vote, March 13, 2019

The votes have come one after the other. Last Tuesday, the UK Parliament rejected the only Brexit deal on offer. On Wednesday, it rejected a no-deal Brexit. And on Thursday, it voted to delay the March 29 exit, a delay to which the EU must agree, but Parliament also rejected a second referendum on whether to stay or go.

Despite the requested delay, a no-deal Brexit has become a real possibility. If a no-deal Brexit comes to pass, then either at the end of March, or at some other agreed-upon date, the United Kingdom will exit the European Union and trade with it based on terms established by World Trade Organization (WTO) membership rather than the preferential access the UK now currently enjoys.

A no-deal exit is not necessarily the best outcome for the UK. Certainly, scare stories about the problems of exiting the EU have circulated since before the 2016 referendum in which the British people voted 52 percent to 48 percent to exit.

However, credible economic modeling has shown that moving to WTO rules for trade will cost the British economy about $140 billion in lost income over 10 years, or almost 5 percent of 2015 GDP, all else equal.

Despite that, no-deal is still probable. No-deal is the default position, and any other outcome would require a voting coalition in Parliament that so far has not materialized. Therefore, it is incumbent on the UK government to take seriously the likelihood that a no-deal Brexit is coming and to position the UK to succeed.

Projections of Brexit outcomes hold all else equal. In looking beyond Brexit—regardless of its form—the UK government could publicly begin charting an economic and policy path to ensure that all else is not equal and to signal that the UK, in moving away from the EU, will remain a strong economy and an inviting place to invest and do business.

Such moves will have additional punch if the rest of the EU evolves toward a more highly regulated economy.

Some important elements, such as the nature of the border between the Republic of Ireland and Northern Ireland and eventual long-term trade arrangements with the EU, will require continued negotiation. Nonetheless, there are many unilateral measures the UK could take to improve its post-Brexit prospects.

There are many unilateral measures the UK could take to improve its post-Brexit prospects.

It could focus on those regulatory areas in which the UK had limited freedom while part of the EU but more freedom from bureaucratic hurdles when out of the EU. In doing so, the UK already has advantages that may help it as it develops policies in a new environment.

In terms of capabilities of the workforce, the UK ranked eighth among the EU members in the World Bank's 2017 human capital index. And in the 2019 Times Higher Education World University Rankings, the UK hosted three of the top 10 universities in the world, including the first and second.

The rest of the top 10 comprised U.S. universities. The top-ranked university in the EU outside the UK was Germany's LMU Munich, at 32.

The UK government could build on these advantages to focus on the overall innovation environment to best make use of its human capital and higher education assets. At the same time, it could strive to improve education and skills in regions where those are lagging.

Finally, although the UK has the fourth-highest fertility rate among the EU 28, at least as of 2016, that rate of 1.8 births per woman is still below replacement rate, making the UK an aging society.

Despite the role that immigration played in driving the Brexit vote, the UK will not only need immigrants but may want to be seen as an inviting place for immigrants.

The UK could publicly recommit to allowing all foreigners now legally in the UK to remain and make clear to them how their records will be maintained to avoid a repeat of anything similar to the Windrush debacle. This action could build confidence that the country will remain inviting for immigrants.

Building on the December white paper on immigration, any future immigration system could be given the same treatment as that afforded a new business regulatory environment—simpler, easy to understand, and efficient.

Beyond internal reforms, the UK's current effort to negotiate free-trade agreements could be the right policy. Negotiations with Australia have moved in a positive direction, although the same cannot be said of negotiations with Japan.

A UK-U.S. free-trade deal wouldn't be a full substitute for EU membership. But there would be economic advantages to increasing bilateral trade.

An agreement with the United States could also be a goal. U.S. GDP in nominal dollars in 2018 was approximately $20.5 trillion, while the EU without the UK was $15.9 trillion. UK GDP alone was $2.8 trillion.

Distance and regulatory harmonization are factors, and a UK-U.S. free-trade agreement would not be a full substitute for EU membership, but there would be economic advantages to increasing bilateral trade between the UK and America.

Any such agreement will requirement congressional approval, so the UK could also consider congressional outreach throughout negotiations.

There are two cautions the UK may need to consider. First, despite its size, as a single-nation economy, it will have less leverage in these negotiations than would a larger economy, such as the EU or the United States.

Second, it would have to ensure that it meets EU regulatory standards where necessary to trade with that larger economy.

Along with these economic steps, the UK could re-emphasize its commitment to European security through NATO. This action could help reduce fear that the UK was abandoning Europe in total instead of merely gaining more economic freedom of action.

The UK military is among the most capable and experienced armed forces in Europe. The remaining members of the EU will still directly benefit from the UK's contributions to collective defense.

There will likely be a difficult transition period stemming from an exit, but exiting need not doom the UK to economic decline.

In addition, the EU faces its own challenges. Beyond the mishandling of the euro, members are now considering greater government intervention in the economy, including increasing state ownership in key companies, in an effort to counter China.

British Prime Minister Theresa May could try to avoid being so caught up in the hurly-burly of negotiations within Parliament and with the EU that she loses sight of what happens next and the many possible ways to influence the post-Brexit future. Actions taken now could help to improve the economic prospects of a fully independent UK.

Christopher M. Schnaubelt is a senior political scientist and Howard J. Shatz is a senior economist at the nonprofit, nonpartisan RAND Corporation.

This commentary originally appeared on The Hill on March 15, 2019. Commentary gives RAND researchers a platform to convey insights based on their professional expertise and often on their peer-reviewed research and analysis.