The Hidden Components of the North Korean Military Challenge 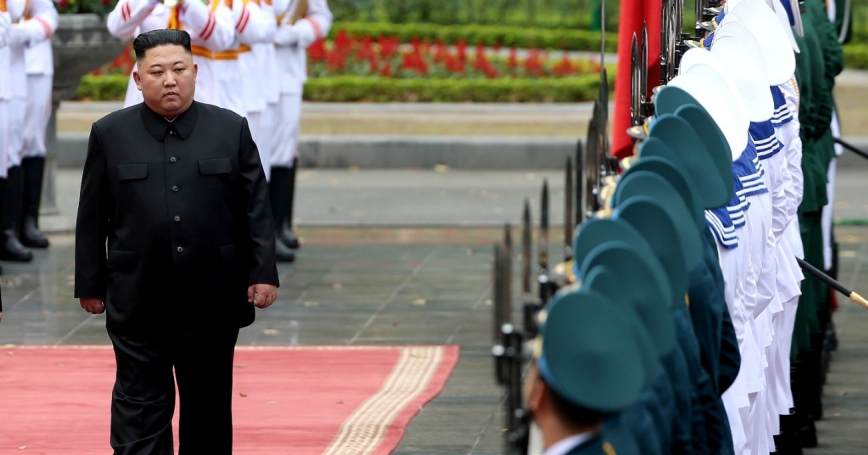 In the wake of the failed recent summit in Vietnam, the United States has reached something of a crossroads in its policy toward North Korea's nuclear ambitions. Hints of a third summit, or high-level interim negotiations, emerged after the Vietnam meeting, but it is not clear on what basis they would proceed: The two sides seem far apart on the specifics of a deal.  North Korea's partial halt to its nuclear activities continues but as many reports have made clear, it does not prevent the regime from moving ahead on many fronts. The United States remains committed to complete, verifiable disarmament. The result is a volatile situation that could produce a crisis—or some surprising agreement—at any moment.

But as the world awaits the resolution of the nuclear issue, it is critical to keep in mind that the matter is nested in a larger and more encompassing set of almost equally daunting strategic dilemmas for the United States in Korea—dilemmas we studied in detail in a series of recent analyses at the nonpartisan RAND Corporation. These studies suggest to us that policymakers and the American people need to understand how the security environment in Korea has changed, even as the United States reaffirms its commitment to denuclearization. Simply put, the United States is locked into a series of overlapping missions that could strain the U.S. global defense posture to the breaking point if the operations had to be carried out in a crisis on the Korean Peninsula.

With several colleagues we recently developed an infographic that depicts our major pieces of analysis undertaken at RAND over the last three years. One examined the strategic challenge posed by North Korea's growing nuclear arsenal. A second assessed the threat of North Korean conventional artillery strikes on South Korea, fired mainly from the dense concentrations of weapons just north of the demilitarized zone in the area known as the Kaesong Heights. A third study looked at the problem of dealing with loose nuclear materials in a fragmenting North Korea, and a fourth at the potential requirement for a noncombatant evacuation operation (NEO) in the event of a conflict. We also reviewed RAND work on a fifth issue connected to all four possible contingencies: the potential for Chinese intervention in these scenarios.

Any major conflict scenario in Korea is likely to tax U.S. military capabilities in the extreme at a time when, as strategic competitions with Russia and China are heating up, the United States faces daunting missions in many places.

We took one overwhelming lesson from the sum total of this work: Any major conflict scenario in Korea is likely to tax U.S. military capabilities in the extreme at a time when, as strategic competitions with Russia and China are heating up, the United States faces daunting missions in many places. After seventeen years of focus on stability operations, counterinsurgency and nation building—and trillions spent on the efforts—the United States likely cannot afford another decade of distraction from the main strategic events of the present and future security environment. Given the potential stakes and risks of a Korean conflict, that is exactly what it could entail.

For decades, the U.S. national-security community has tended to think of a Korean contingency as a replay of 1950: South Korea and the United States defending against a massive North Korean thrust south. If it was ever a possibility, such a scenario is far-fetched today, given the South Korean and U.S. technological superiority, seventy years of defensive preparations, the crushing veto power of U.S. and South Korean air power, and North Korea's known deficiencies in supplies, logistics and combined-arms competencies….

Michael J. Mazarr is a senior political scientist and Gian Gentile is a senior historian at the nonprofit, nonpartisan RAND Corporation.