A Ruling from the Hague Threatens a U.S. and British Military Base in Asia 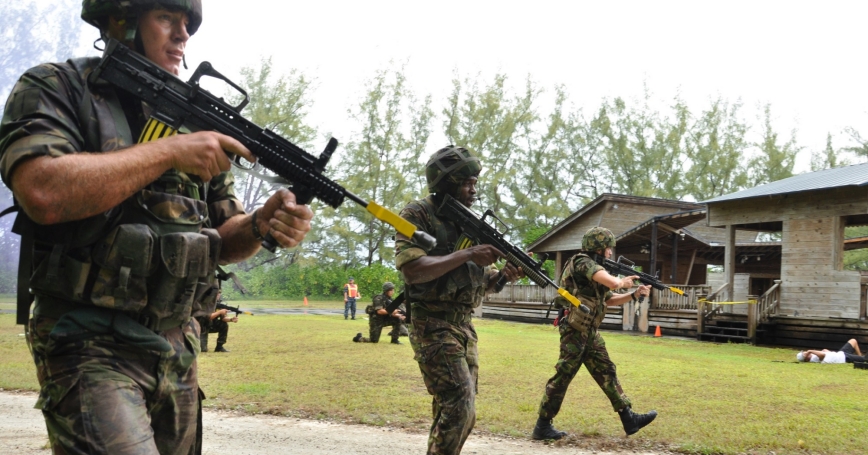 A remote and obscure tropical atoll in the Indian Ocean would seem an unlikely stage for the latest act of the United Kingdom's unfolding Brexit drama and the newest challenge to U.S. global power projection. Yet in The Hague on February 25, 2019, the International Court of Justice (ICJ) ruled London's control of the Chagos Islands “illegal” and that the isolated archipelago should be returned to Mauritius “as rapidly as possible.”

While nonbinding, the verdict calls into question the legitimacy of the UK's administration and the major U.S. military presence on the islands' largest atoll, Diego Garcia. Past analysis has described how the Chagos forms “one of the most important pieces of real estate” in the Department of Defense's “strategic arsenal.”

Diego Garcia provides a vital base for U.S. air and maritime forces operating in the Indian Ocean or projecting power further afield. Its 12,000-ft runways are large enough to handle long-range bombers such as the B-1, B-2 or B-52, operating as far afield as North Africa, the Persian Gulf, Afghanistan or South China Seas. Described as an “unsinkable aircraft carrier,” Diego Garcia has previously been used to launch strike missions in both Gulf Wars and the invasion of Afghanistan. Its sheltered lagoon also provides an ideal base for prepositioned naval support vessels and offers a safe location for rearming and resupplying surface combatants and the submarine fleet.

Given a steady reduction in the U.S. military's wider global footprint in recent decades, the naval support facility represents a vital node in the thin chain of U.S. bases between East Africa (Djibouti), the Persian Gulf, South-East Asia and Australia. The site is also home to a small British military contingent, including personnel from the Royal Navy and Marines, who also act as the islands' civil administration.

The UK government has previously committed to return the islands “when no longer required for defence purposes.” However owing to these ongoing military activities, it has argued that its strategic location in the Indian Ocean means the archipelago plays too important a role “in regional and global security, helping to keep the UK, America and other allies, including Mauritius, safe” to give it up in the foreseeable future.…

James Black is a senior analyst in the Defence, Security and Infrastructure (DSI) programme at RAND Europe. His research focuses on defense strategy and the impact of emerging geopolitical, societal and technological trends, including also the defense and security implications of the UK's decision to leave the European Union.

This commentary originally appeared on The National Interest on March 31, 2019. Commentary gives RAND researchers a platform to convey insights based on their professional expertise and often on their peer-reviewed research and analysis.