For Teachers, a Good Boss Makes All the Difference 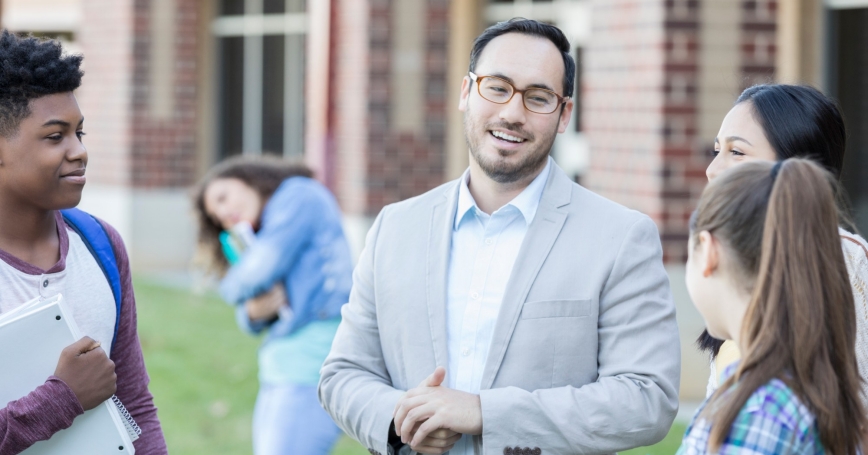 Teachers and their working conditions have been on the minds of many in recent months as teachers in Los Angeles, Denver and, most recently, Oakland have staged classroom walkouts to draw attention to large class sizes, low pay and a pressing need for more nurses, counselors, librarians and other staff members who provide student support.

But the biggest factor influencing whether a teacher stays at a school rarely makes the headlines. Teachers themselves often cite supportive leadership as the most important driver of teacher retention.

As parents or community members, we may not think of the school principal as “the boss.” But teachers do. Their day-to-day work can be strongly affected by whether their principal is a boss like Steve Carell's incompetent and discouraging Michael Scott from television's The Office or Leslie Knope, portrayed by Amy Poehler in Parks and Recreation as a boss who leads by example, commands respect, and inspires and supports employees to do their best work.

How can schools find principals who will be effective and supportive bosses? Hundreds of principal preparation programs are in operation, but most don't have independent evidence regarding their success at producing effective principals. The preparation program New Leaders has been at the forefront of trying to identify the critical competencies that school leaders need to succeed and measure the progress of principals in achieving those characteristics.

Since 2000, New Leaders has partnered with school districts around the country to prepare principals through its Aspiring Principals program. A recent study by the nonpartisan RAND Corporation focuses on New Leaders and examines a wide range of data to understand how well its graduates perform when they become principals. The districts RAND studied that prepared principals through the Aspiring Principals program had higher achievement and better attendance than schools led by other newly placed principals. The study confirmed findings from a RAND evaluation conducted in 2014.

Principal preparation programs could be well situated to identify the characteristics of a good principal.

The latest study also found that principal preparation programs could be well situated to identify the characteristics of a good principal. Aspiring Principals participants who scored high on measures of adult and team leadership, as well as instructional leadership, were more effective when they became principals than those with lower scores. High scores on these measures indicate a principal who is able to ensure that the teachers and other school staff understand and are working to meet instructional standards and who effectively supports professional development of teachers and other school staff. The schools led by principals who demonstrated these skills while they were being trained had better student achievement outcomes than other schools.

These findings suggest that effective training for prospective principals can benefit students and that districts have some viable options for improving the quality of leadership in schools. But these options require resources. Districts have limited funds, and many are under pressure to redirect resources to cover the marquee issues of teacher salary increases, lower class sizes and additional support staff.

Those efforts are important for retaining and supporting high-quality teachers. But districts that try to place an effective leader in every school could reap educational benefits in the classroom. Giving a teacher a good boss also could be a powerful element in a broader strategy to recruit and retain highly effective educators.

Susan M. Gates is a senior economist and Laura S. Hamilton is a senior behavioral scientist at the nonprofit, nonpartisan RAND Corporation.

This commentary originally appeared on The 74 Million on April 2, 2019. Commentary gives RAND researchers a platform to convey insights based on their professional expertise and often on their peer-reviewed research and analysis.