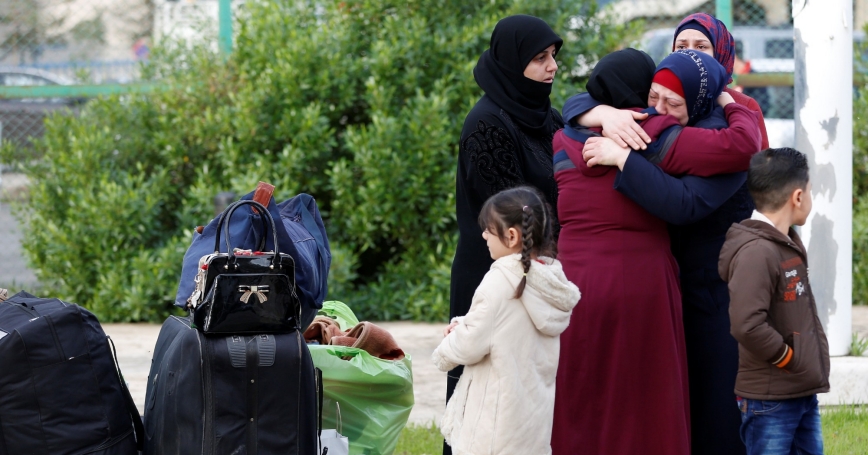 Now that the four-year operation to reclaim territory in Iraq and Syria from the Islamic State is complete, long-term planning that could allow millions of Syrian refugees to return to their homeland may well be the next logical step toward stability in the war-ravaged nation.

From 2016 to 2018, only 143,254 Syrian refugees—out of over 6.7 million, including approximately 5.7 in the Middle East and another 1 million in Europe—returned to Syria. As the Syrian civil war winds down, the question looms: can its refugees return home?

If the Syrian situation is like other situations around the world historically, it may well be many more years that Syrian refugees will be living displaced. The United Nations finds that it takes an average of twenty-six years (PDF) for refugees to return home in protracted situations. Total numbers of displaced people globally keep increasing, with them living in long-term limbo that can last decades. There are now sixty-nine million forcibly displaced people globally, the highest number of displacements on record.

In addition to a resolution of conflict in Syria, a lot of other things would need to go right in order for Syria's refugees to go home. A survey by the International Organization for Migration of Syrian internally displaced persons who had returned home found that key considerations for returns were: property, job opportunities, security and social considerations in their host countries.

In focus groups of Syrian refugees for our RAND studies, Syrians express desire to return to their homes and rebuild their country. However, circumstances must be in place for this to happen. Most importantly, Syria's cities would need to be “stabilized.” Our study on stabilization in Iraq after the defeat of the Islamic State suggests that this means ensuring security, availability of housing, public services such as education and healthcare, jobs, and governance and reconciliation considerations. To return, refugees need assurance of personal safety, which requires lack of significant local conflict, not fearing retribution from neighbors with differing political sympathies, removal of explosive hazards, and public order through policing....

Shelly Culbertson is a senior policy researcher focusing on refugees at the nonprofit, nonpartisan RAND Corporation. She is the author of The Fires of Spring: A Post-Arab Spring Journey Through the Turbulent New Middle East (St. Martins, 2016).

This commentary originally appeared on The National Interest on April 18, 2019. Commentary gives RAND researchers a platform to convey insights based on their professional expertise and often on their peer-reviewed research and analysis.