What Jokowi’s Reelection Means for Indonesia 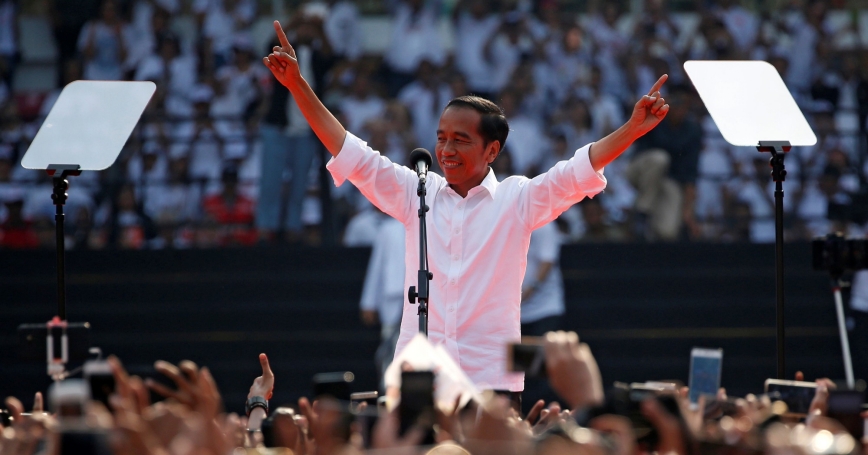 On a sunny afternoon in Yogyakarta, many of the neighborhood women have gathered to share tea, exchange gossip, and select the president of the world's fourth-largest nation. Whom have they picked? They can't say: any type of electioneering—even so much as wearing a candidate's T-shirt—is banned today. Not just at polling sites but throughout Indonesia. But the women find a sly way around the restriction. They hold up their ink-purpled forefingers to indicate that they've already voted—and to reveal their choice: “Number One” (that is, the first candidate on the ballot), President Joko Widodo. In case there was any doubt about their meaning, a few subtly angle their fingers toward a mural on the wall, showing all of Indonesia's past leaders. Widodo (more commonly known by the nickname “Jokowi”) is in the lower right corner, looking slightly bemused to be in the company of such towering figures. Just as he does in real life. And that, perhaps more than for any policy position, is why the women at Voting Station 105 are so smitten by him.

On April 17, Indonesia conducted the largest single-day vote in any nation's history. There are only two democracies larger than Indonesia's, and neither has ever done things in such a flash: India's votes are staggered over the course of six weeks, and the United States (in addition to permitting early voting) refrains from putting two-thirds of the Senate up for contest in the same year as a presidential election.…

Jonah Blank is an adjunct political scientist at the RAND Corporation.

This commentary originally appeared on Foreign Affairs on April 22, 2019. Commentary gives RAND researchers a platform to convey insights based on their professional expertise and often on their peer-reviewed research and analysis.