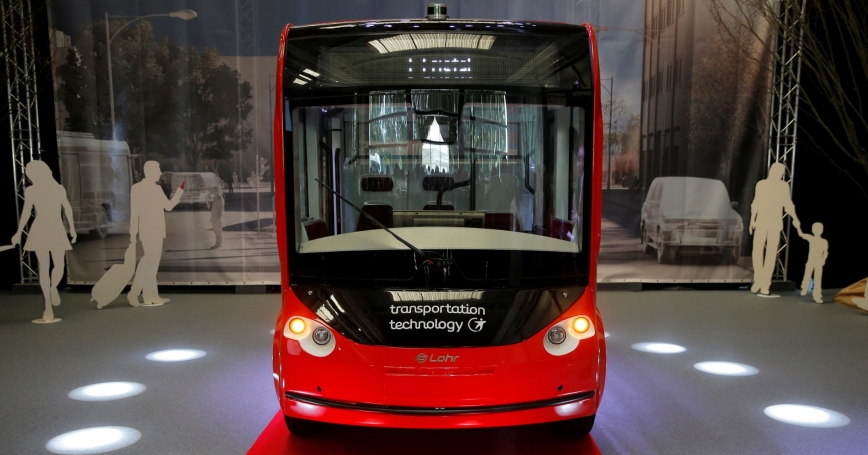 The new i-Cristal electric autonomous shuttle is presented at the Lohr Group headquarters factory in Duppigheim near Strasbourg, France, September 10, 2018

The big picture: Economic inequality and urban sprawl have contributed to the problem, which generates barriers to health care access, employment and even everyday shopping. Connecting public transit systems with automated vehicles—whether in ride-sharing or shuttle services—could offer one solution.

Context: Researchers with the Urban Information Lab at the University of Texas studied 52 U.S. cities and found that between 1.5% and 13.5% of each city's population had unmet transit needs.

How it works: AV solutions for transit deserts could take two main forms:

What's needed: To avoid declines in the funding of public transit that could make deserts worse, AV transit would have to be designed as a complement rather than a competitor.

Laura Fraade-Blanar is an associate policy researcher at the RAND Corporation.

This commentary originally appeared on Axios on May 31, 2019. Commentary gives RAND researchers a platform to convey insights based on their professional expertise and often on their peer-reviewed research and analysis.