Getting to Know the Competition 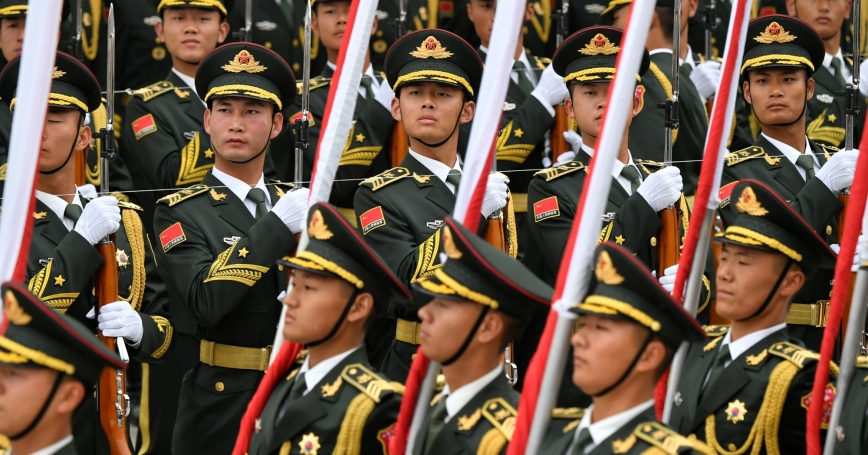 by Cortez A. Cooper III

Americans are slowly but undeniably facing a new reality in global great power relations that will define the trajectory of U.S. foreign policy for the foreseeable future. The 2017 U.S. National Security Strategy and 2018 National Defense Strategy mark an acknowledgment by not only the current administration but also a broad, bipartisan swath of government and private sector entities that China's increasing swagger as it emerges on the world stage warrants a more confrontational approach toward the country.

Although untested in battle for four decades, China's military is one reason for the nation's growing confidence. The People's Liberation Army, or PLA, has modernized and could become an attractive tool for Chinese leaders weighing options to solve regional disagreements. As American policymakers and legislators consider responses—and commit taxpayer resources accordingly—perhaps it's time for Americans to raise their PLA awareness. Enter the “Annual Report to Congress: Military and Security Developments Involving the People's Republic of China 2019,” authored by the Office of the Secretary of Defense and released Thursday.

For nearly two decades, annual iterations of this report have served as perhaps the most essential openly accessible source for understanding the PLA. This year's version goes beyond reporting on PLA's progress to outline its role in China's effort to gain preeminence in the Indo-Pacific region—an effort encompassing a range of economic, foreign policy, and national security initiatives. A report that has primarily served as a resource for military analysts has become increasingly useful to a broader audience seeking to understand China's strategic objectives.

This year's report covers three areas that should be of interest to legislators, leaders, and laypeople concerned about the defense of American interests over the next few decades. First, the report provides strategic context, noting that the PLA is but one aspect of growing Chinese power and operates beyond China's borders in a very limited fashion when compared with other levers of power. The report highlights global “influence operations” supported by China's economic clout. These are Chinese efforts to develop “power brokers” or centers of influence for coercive interference in the sovereign activities of other nations, despite Beijing's stated position of non-interference in the affairs of others.

Second, the report provides details on President Xi Jinping's military restructuring efforts and mobilization of resources across Chinese society to build a force capable of fighting regional wars. PLA capabilities increasingly align with China's regional objectives, providing credible options for enforcing territorial claims disputed by American allies and partners on Taiwan, in the South and East China Seas, and along the Sino-Indian border. New geographic commands responsible for operations on and beyond China's periphery provide a link between joint forces and the regional wars they may be directed to fight, shoring up decades-old weaknesses. Vast improvements in strategic support to military operations from space, counter-space, and cyber forces underpin a growing regional precision strike capability, challenging U.S. and allied forces that might respond to regional crises.

PLA concepts and capabilities also include military and para-military forces that operate below the threshold of war, such as increased presence in contested waters of fishing fleets and supporting maritime militia and navy vessels. These operations might spark conflict when an opposing claimant such as the Philippines, Vietnam, or Japan responds.

Understanding China's threat perceptions, while remaining clear-eyed regarding differences in objectives, is essential to developing strategies to deter conflict.

The report also highlights the importance of maintaining open lines of communications between the U.S. military and the PLA, with contacts designed to “maintain a constructive, results-oriented relationship with China.” While the Department of Defense doesn't want to help the PLA become more capable or lethal, its doors are open to resolve issues related to U.S. and Chinese forces operating in the Indo-Pacific and to avoid misunderstandings in the event of crisis.

In rolling out the report, Assistant Secretary of Defense for Indo-Pacific Security Affairs Randall Schriver noted, that “while the National Defense Strategy emphasizes competition, we certainly don't seek conflict with China and it doesn't preclude cooperation where our interests align.” America and the region thrive where trade, people, and ideas flow in stable fashion, and where China participates and resolves issues without resorting to military force. Americans and our allies and partners need to better understand the strategic lay of the land if we are going to mobilize resources wisely for a long-term competition with China that reinforces these interests.

Cortez A. Cooper III is a senior international policy analyst at the nonprofit, nonpartisan RAND Corporation.

This commentary originally appeared on RealClearDefense on May 13, 2019. Commentary gives RAND researchers a platform to convey insights based on their professional expertise and often on their peer-reviewed research and analysis.