What Ronald Reagan Can Teach Us About Dealing with Contemporary Russia 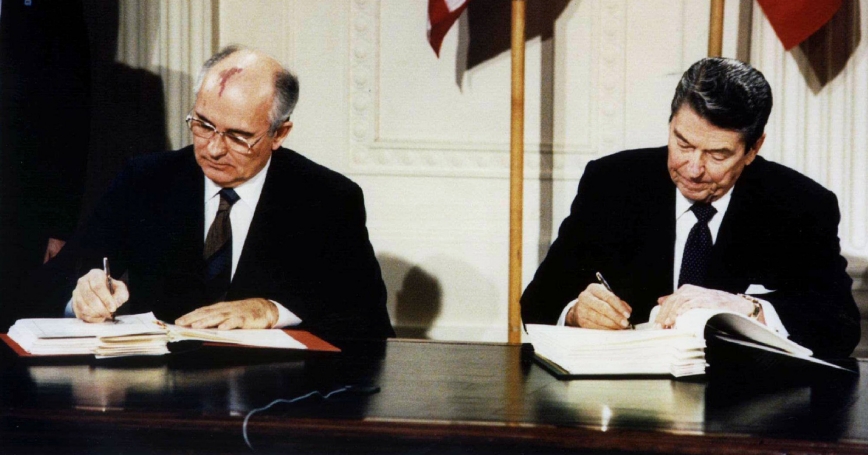 Politics loves its historical analogies and today, perhaps, there is no more common a comparison to the Trump presidency than the Reagan administration. It appears everywhere from punditry about campaign rhetoric to analyses of diplomatic summits and arms control regimes. The Reagan analogy also holds policy significance. Reagan's tenure was marked by his successful competition with the Soviet Union. While scholars dispute why the Soviet Union ultimately collapsed, popular accounts credit Reagan with winning the Cold War by ordering a costly military buildup that the Soviet Union could ill-afford, supporting pro-democracy forces in Eastern Europe from Solidarity to Pope John Paul II's Catholic Church, and unequivocally advocating democratic virtues. Today, “great power competition [has] returned,” as the National Security Strategy proclaimed (PDF) recently. With Russia still meddling in elections worldwide and Russian troops still in Ukraine and Syria, and now in Venezuela, the question becomes: Does Reagan provide a blueprint for triumphing over modern Russia?

The old maxim that “Russia is never so strong nor so weak as it appears” is arguably as true today as it was during the Cold War. Modern Russia is a shadow of its Cold War self, geographically, economically and militarily. For all its ability to subvert democratic institutions across Europe and the United States, its capacity to project military power much beyond its borders remains limited. Its economy is no longer among the largest in the world, and it is more reliant on natural resource exports than in Cold War days. It has lost many of the proxies it once had in the Eastern Bloc, and its few friends are burdened with their own internal problems.

And yet, while modern Russia on many dimensions may be a less formidable version of the Soviet Union, it also may be less vulnerable to some of the same strategies Reagan employed in the 1980s. Russia is no longer a superpower, and it is not trying to go militarily toe-to-toe with the United States. While the latest Russian weaponry may make headlines and its forces pose a threat to those countries in its near abroad, Russia spends a relatively modest 4.3 percent of its GDP on defense; and its military—although numerically superior in discrete regions like the Baltics—is a fraction the size of that of the United States, let alone the sum total of the NATO alliance and other U.S. partners. Instead, Russia has chosen to counter U.S. military might in other ways, investing in advanced air defense systems and its nuclear arsenal.…

Raphael S. Cohen is a political scientist and the associate director of Project Air Force's Strategy and Doctrine Program and Ambassador James Dobbins is senior fellow and the Distinguished Chair in Diplomacy and Security at the nonprofit, nonpartisan RAND Corporation. They are the lead authors of the new released report Extending Russia: Competing from Advantageous Ground from which this essay is partially adapted.

This commentary originally appeared on Lawfare on May 12, 2019. Commentary gives RAND researchers a platform to convey insights based on their professional expertise and often on their peer-reviewed research and analysis.