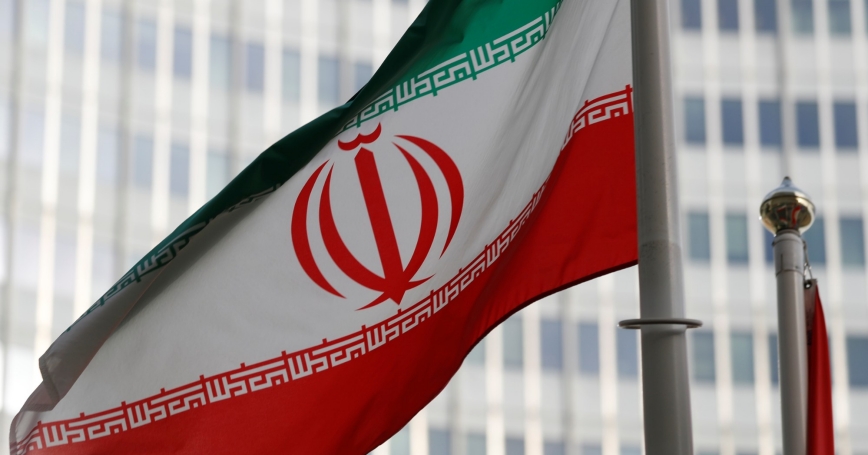 In the United States, the Democrats' first primary debate of the 2020 presidential election season is just days away. One would expect few, if any, national security or foreign-policy issues to dominate the discussion. But given escalating tensions with Iran, perhaps that country should. Although it has been just over a year since the United States withdrew from the Iran nuclear deal, those who would like to see that decision reversed, should a new president be elected, cannot merely turn back the clock.

This year, the Democratic National Committee adopted a resolution outlining the logic for a full U.S. reentry into the Iran nuclear deal—known as the Joint Comprehensive Plan of Action (JCPOA). Since then, most Democratic candidates have pledged their support for a return to the status quo ante, with the United States reentering the agreement in 2021.

For all the reasons articulated in the resolution, U.S. national security would have been better served by remaining in the deal. But now that the United States is out of it, signing back on will not be as simple or as practical as some may hope. Too much has happened since the agreement was first inked in 2015.

For one, the intervening years have been unkind to Iran's pragmatists, who face an uphill battle in the country's own 2020 parliamentary and 2021 presidential elections.

President Hassan Rouhani, the primary force behind the JCPOA, will not be eligible for another term. Whether any candidate will run on a platform supporting Rouhani's policies is unknown. In some respects, the results of the last parliamentary elections show some preference for Rouhani's approach. But many Iranians have seen no benefits from supporting Rouhani generally and the JCPOA specifically. Economic dissatisfaction has spread across the country since early 2018, and it may stymie pragmatist candidates' efforts to capture the Iranian population's imagination in both the elections. Typically, when Iranian voters who fall into the Rouhani camp stay home, the regime's base turns out to support hard-line candidates.

Meanwhile, infighting and politicking during Iran's campaign seasons usually leads to an increase in antagonistic behavior—including missile tests and arrests of dual nationals. It's not clear that the current tensions between the United States and Iran, including the targeting of oil tankers in the Gulf of Oman in June and the downing of a U.S. drone this week, will continue until 2020. But if the two sides don't manage to deescalate by then, infighting in Iran may add fuel to the fire. Such an uptick risks spiraling into a dangerous tit-for-tat struggle. That would make it much more complicated for the United States to simply walk right back into the JCPOA.

There will be political pressure in the United States to demand not a return to the old deal but a new, more stringent one. And Iran is unlikely to concede.

Further, regional developments since the JCPOA was signed will stand in the way. In 2015, Republicans (and a non-negligible number of Democrats) criticized the agreement because of its regional blind spots. As JCPOA opponents have outlined since, the deal didn't address Iran's support for terrorism and use of proxy militias in the region, among its other destabilizing activities. In fact, opponents argued that Iran continued to threaten U.S. interests in the region despite the agreement. The Obama administration's rationale that a single process couldn't address every area of concern—and that more work would be needed to address Iran on Syria, Iraq, Yemen, and the like—was reasonable. With the nuclear threat no longer at the forefront, the regional issues could be tackled. But the theory wasn't tested fully, since President Barack Obama left office only a little more than a year after the deal's implementation started.

It could be even more difficult to decouple the regional and nuclear components of Iran's security policy this time around, since Tehran has been racking up gains in the region as the United States continues to withdraw from it. For Iran, its more expansive approach could give it a perceived stronger hand that would lead it to make fewer concessions. Tehran's recent activities in the region already signal that it's moving in this direction, to test U.S. limits and demonstrate that maximum pressure has costs for Washington and the region. The regime's escalation in recent weeks shows that the country may be using its regional policies to force the United States into backing off from its maximum pressure campaign, force the Europeans to step up their game, and provide Iran with the economic relief it desires.

The United States could be considering reentry to the JCPOA just as some of its provisions (referred to as the sunset clauses) would be coming to an end. In 2020, just weeks before the U.S. presidential elections, the U.N. conventional arms embargo on Iran will be lifted. In 2023, the U.N. Security Council resolution that bans Iran from developing ballistic missiles will be lifted. The following year, Iran may resume certain nuclear research and development activities—although the most important provisions of the JCPOA extend to 2030 or are indefinite, such as the vigorous inspection regime and Iran's commitment to not develop a nuclear weapon. In this context, there will be political pressure in the United States to demand not a return to the old deal but a new, more stringent one. And Iran is unlikely to concede more for the same deal it received in 2015—or an even tougher one.

Reentering the JCPOA in its current form may be neither achievable nor desirable, particularly if Iran moves forward with its plans to start violating certain provisions of the agreement. For now, Iran is taking steps toward violating the deal that are reversible. But if it continues to see the JCPOA as a one-sided bargain, and if the Europeans don't manage to offer Iran some economic relief, Iran may very well be in serious violation of the deal or even withdraw from it by 2021.

With the political landscape in both Tehran and Washington still taking shape, those who want to return to some kind of deal make early comprehensive planning necessary. Such planning might include laying markers and confidence-building measures for future talks, including U.S. reentry in exchange for Iran agreeing to follow-on talks to address nuclear sunsets and other provisions like ballistic missiles. There would also have to be a plan for how any future administration would dismantle the sanctions newly put into place, without causing unforeseen complications. And there would have to be a serious, parallel framework—one that won't be doomed from the start—that can begin to take on some of the regional issues. Regional partners would likely double down on their efforts to prioritize regional concerns over the nuclear deal; a comprehensive strategy will have to consider how to bring them into the process.

And these preparations can't be limited to those eyeing the executive branch. Instead, they will need to consider the role Congress plays as well. Unless a future deal gains bipartisan support, Americans may be facing the same scenario they are today the next time a new administration takes office.

To make matters more challenging, any new U.S. administration would have only months before Rouhani leaves the government in Tehran. And while any negotiations would need buy-in from relevant power centers in Iran, the Americans who negotiated the JCPOA learned that different governments can make or break talks. A hard-line government, for example, would be much more inclined to kick the can down the road than the one currently in place. It is therefore critical to use the time between now and next year's elections well, consider how to build the complex pieces of such a strategy, and what kind of formidable team will be needed to execute it. It may seem like an unwise use of valuable intellectual resources, but unless a new team takes office well prepared and having thoroughly vetted these issues unencumbered by wishful thinking, it may have difficulty meeting the challenge come 2021.

Ariane M. Tabatabai is an associate political scientist at the nonprofit, nonpartisan RAND Corporation. She is the co-author of Triple Axis: Iran's Relations with Russia and China and the author of No Conquest, No Defeat: Iran's National Security Strategy.

Elisa Catalano Ewers is an adjunct senior fellow at the Center for a New American Security and a former State Department and National Security Council official.

This commentary originally appeared on Foreign Policy on June 20, 2019. Commentary gives RAND researchers a platform to convey insights based on their professional expertise and often on their peer-reviewed research and analysis.