Waking Up to the Costs of Nocturia 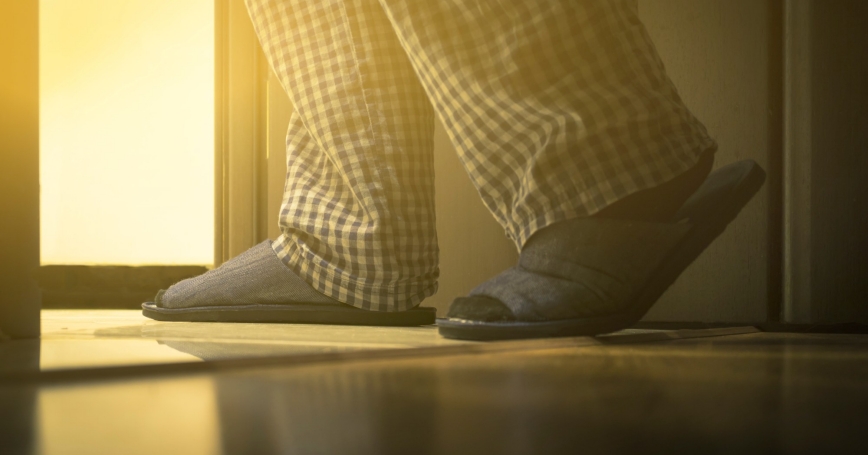 Raising awareness of different types of bladder weakness and how they can impact on people's lives is at the heart of this week's World Continence campaign, an initiative run by the World Federation of Incontinence Patients. But what is also worth considering is how some of these conditions could have other far-reaching effects—such as on the economy.

A recent study by RAND Europe analysed the associations between the condition nocturia and a set of outcomes, including health, wellbeing and workplace productivity. Nocturia is a troublesome lower urinary tract condition that causes people to wake up two or more times a night to empty their bladder. Even though people are more likely to suffer with the condition as they get older, evidence suggests that it also affects about one in ten people aged 45 or younger.

Researchers used workplace data provided by Britain's and Asia's Healthiest Workplace surveys to examine the association between nocturia and socio-demographic and lifestyle factors as well as life satisfaction and workplace productivity and engagement. They then calculated the overall economic cost associated with nocturia in a working-age population across six countries: the United Kingdom, Germany, Spain, Australia, Japan and the United States.

The research findings confirmed previous research based on older study populations that some of the demographic factors associated with nocturia are also relevant for the working-age population, including age, gender or ethnicity. For example women are more likely to report two or more trips to the bathroom per night, and the likelihood of reporting the need to urinate more than two times a night also increases with age. The study also showed that chronic health conditions—such as kidney disease, diabetes, cardiovascular disease, cancer and hypertension—are associated with more frequent night-time bathroom visits.

Perhaps unsurprisingly as a result of interrupted sleep, people in the surveys reported poor sleep quality and higher levels of daytime fatigue, independent of age and gender. This then had a knock-on effect for people's engagement and productivity at work, even when taking into account other lifestyle factors that could play a role. According to the report, someone suffering with nocturia loses on average seven working days per year more due to absenteeism and presenteeism than an individual not suffering from nocturia. This can then lead to an efficiency loss in the economy.

Both nocturia and poor sleep quality offer important opportunities for intervention. Nocturia is still poorly understood and more research is needed to better understand the condition.

It is estimated that across the six countries analysed in the report, more than 90 million people could have nocturia. Researchers used a macroeconomic model to simulate the current economic situation of each of the countries under consideration and then predicted how economic output would be affected if the proportion of people suffering with nocturia in the economy were reduced. It found that nocturia is associated with up to $79 billion lost economic output per year across the countries. In absolute terms, the U.S. experiences the largest economic loss, at nearly $48 billion a year, about 0.28 per cent of its total GDP. Japan is next, with about $15 billion, followed by Germany (about $9 billion) and the UK ($6.3 billion). Spain and Australia have similar economic losses (both about $3 billion).

These findings highlight that both nocturia and poor sleep quality offer important opportunities for intervention. Nocturia is still poorly understood and more research is needed to better understand the condition. Hopefully awareness-raising campaigns like World Continence Week will help bring these issues to people's attention.

Full disclosure: This independent research was sponsored by Ferring Pharmaceuticals, was subject to RAND Europe's rigorous evaluation process, including peer review, and does not imply endorsement of any product or service.