Development with No Political Framework Is a Car Without an Engine 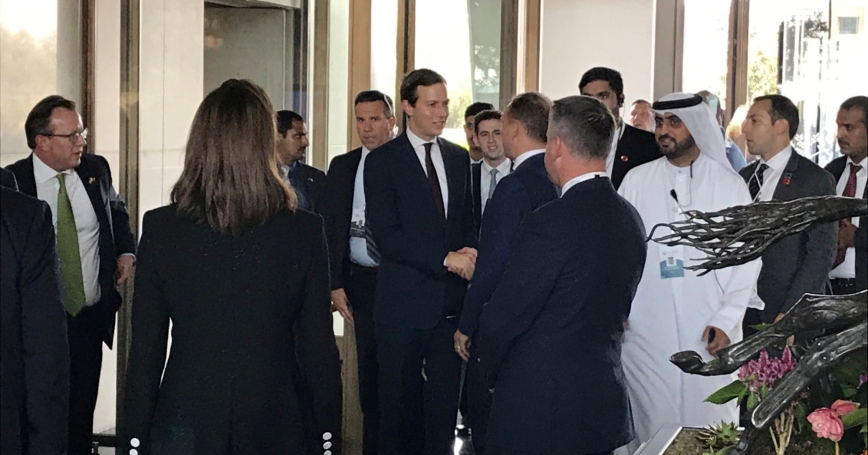 An early-summer meeting in Bahrain served as a sales session of sorts for the economic half of the Trump administration's proposal to solve the Israeli-Palestinian conflict. No Palestinian or Israeli officials attended the “Peace to Prosperity Workshop” on June 25-26, though. The Israelis weren't invited, and the Palestinians boycotted it.

“Today is not about the political issues,” Jared Kushner, the senior White House adviser and presidential son-in-law, told the attendees at the start. Those issues, he said, would be addressed at the “right time.”

The economic development plan had been released just a few days earlier by the White House. It included a number of stock nation-building ideas, and it did not mention the political context or address the difficult issues specific to the Israeli-Palestinian conflict. The approach is like trying to sell a car without an engine.

An economic plan that does not address core political issues would have no governing entity to put it into effect. Palestinians have made it clear that enhanced GDP is no substitute for managing their own affairs.

An economic plan that does not address core political issues would have no governing entity to put it into effect. Palestinians have made it clear that enhanced GDP is no substitute for managing their own affairs. Israelis also cannot be expected to support any building projects without seeing a whole peace agreement.

Over a decade ago, RAND studied what would be required to establish a viable Palestinian nation if a two-state solution were ever reached. Our series of reports put forward ideas across many sectors—security, education, healthcare, water, transit—utilizing the best planning and environmental practices. The spine of these ideas was an arc-shaped infrastructure corridor connecting the cities of the West Bank to one another and to Gaza. The Arc envisaged an infrastructure corridor that included light rail and roads as well as accommodations for utilities, telecommunications, and public recreation space.

Although RAND has never consulted with the Kushner team, their plan envisioned a similar infrastructure-corridor idea. What we can say based on our analyses of the opportunities and challenges in the region is that any successful economic development for the Palestinians is entirely predicated upon a stable, mutually agreed solution to the conflict with Israel on land, resources, and sovereignty. It will also demand strong support from the international community.

All of that appears to be missing at this stage.

The promise of economic growth alone has also never been enough to attain a lasting peace between Israel and the Palestinians. In another study, RAND calculated the likely economic effects of five different 10-year scenarios for the conflict. Over our hypothetical decade ending in 2024, a two-state solution would have produced a cumulative $170 billion in increased growth for Israelis and Palestinians.

By our measure, in just the year 2024, Israeli and Palestinian GDP would have increased by $22.8 billion (5.2%) and $9.7 billion (48.8%) respectively under a two-state peace. Israel gains more in absolute terms from resolution of the conflict. Palestinians, because of the much smaller size of their economy, gain greatly in percentage terms. Conversely, our analysis finds that violent upheaval would result in their collective GDP shrinking by more than $55 billion. GDP would fall by 10% for Israelis and more than 45% for Palestinians.

If economic growth were the central concern, both sides had plenty to motivate them toward a peace agreement long before the Kushner plan's proposed investment.

The accelerated expansion of Israeli settlements in the West Bank in recent years has led many to believe that a two-state solution may no longer be possible. If these settlements and areas around them are annexed by Israel—as Prime Minister Benjamin Netanyahu proposed during his re-election campaign in April—Palestinian territory will be cut into more than 150 non-contiguous pieces, making a viable state all but impossible. Kushner in June also declined to say whether an independent nation for Palestinians is even part of the political half of his plan.

Only an approach [to the Israel-Palestine conflict] that deals with the aspirations for self-determination and the economic needs of all parties…has any hope of success.

Despite RAND's research demonstrating the economic benefits of a two-state solution, this is not the direction in which things evidently are moving. With this in mind, RAND is now looking at the implications of one-state solutions, confederations, annexation alternatives, and continuing with the status quo. We are also conducting focus groups to better understand Israeli and Palestinian citizens' views and to discover if there are areas where the parties might find agreement.

Differing historical narratives, asymmetry of power, security concerns, upheaval in the larger region, poverty, and religious differences all make Israel-Palestine one of the world's most intractable conflicts. It has defied resolution for more than 50 years in spite of the efforts of many learned and experienced diplomats. If those decades of endeavors have taught us anything, however, it's that only an approach that deals with the aspirations for self-determination and the economic needs of all parties—and one driven by strong, courageous leadership—has any hope of success.

This commentary originally appeared on RealClearWorld on July 8, 2019. Commentary gives RAND researchers a platform to convey insights based on their professional expertise and often on their peer-reviewed research and analysis.