No Need to Wait for Congress to Address Mass Shootings 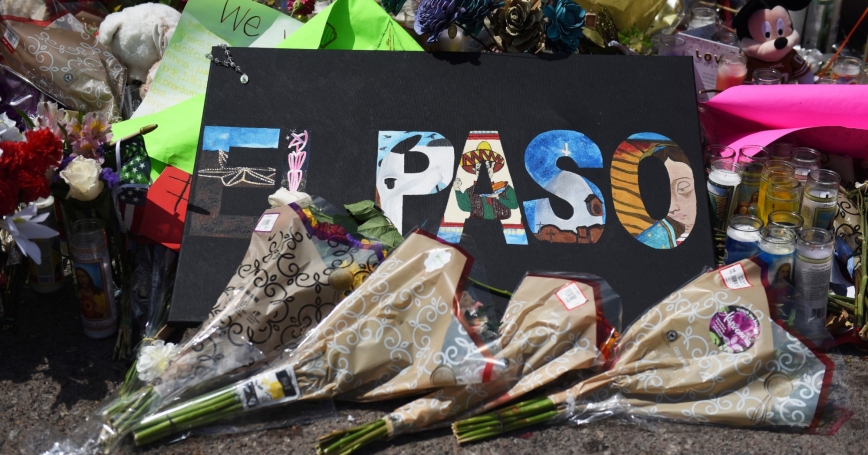 Flowers and candles at a memorial five days after a mass shooting at a Walmart store in El Paso, Texas, August 8, 2019

After three mass shootings in the span of a week left 53 wounded and 34 dead, pressure is mounting on Congress to respond with legislation to restrict access to guns and ammunition. But there is no need to wait for new laws. There are steps that can be taken immediately—ones unlikely to be controversial—that evidence suggests could help prevent attacks or reduce the death toll from them.

Dozens of terror plots have been foiled by (PDF) members of the public in the last 20 years after a tip-off (widely known as “see something, say something” since 9/11). Mass shootings and other forms of domestic terrorism might similarly be prevented if there were wider awareness of what exactly warrants a report to law enforcement.

In some cases, would-be perpetrators have posted pictures or videos of their weapons online, along with plans. But there are indirect warning signs that might also be worth reporting, such as someone studying how to carry out mass killings more effectively; being in active contact with a terrorist or extremist organization; acquiring (or trying to acquire) weapons specifically in order to engage in violence; or undergoing training or travel to join a violent cause.

If such red flags appear in social media feeds, especially by someone a user knows is not making a joke or trolling, it also needs to be easier to forward them to law enforcement. Facebook and Twitter and the like make it easy for users to report concerning posts (e.g. for violence, terrorism or suicide), but those reports, unless the company's reviewers discern an imminent threat, remain internal to the company, and are used simply to determine whether to delete the post or suspend the account. There is no mechanism to forward a social media post directly to law enforcement to assess whether a full investigation is warranted. Facebook's help page on reporting inappropriate or abusive posts just tells users to contact law enforcement if they feel threatened.

Detecting, preventing, and investigating suspicious attempts to purchase or divert guns also would have an impact. There have been multiple cases in which shooters managed to acquire guns they should have been barred from buying. In other cases, suspicious activity reports about the shooter went uninvestigated. Improving how suspicious activity reports about weapons and ammunition are handed and shared between local, state, and federal agencies could help stop valuable clues from falling through the cracks.

More education on suspicious weapons acquisition would also help. Right now, the National Rifle Association maintains a large online resource on gun safety and teaches gun safety classes all over the country. Where is the equivalent training on how not to sell or give guns to persons acting suspiciously, like would-be criminals, terrorists, or straw buyers, and what to do when faced with a suspicious purchaser?

The public also needs to be told that if there's no safe way to escape or hide during an active shooting, they need to attack the shooter with the same dedication they would use, one imagines, against someone trying to hijack or bomb an airplane, post-9/11. This mindset was exemplified by passengers' heroic response to the “underwear bomber” on Northwest Flight Airlines 253, and the “shoe bomber” on American Airlines Flight 63.

Research has shown that shooters take an average of six seconds between gunshots, lining up their shots on victims to kill, providing windows of opportunity to confront the shooter. The FBI's study of active shooter incidents from 2000 to 2013 shows that when someone physically attacked the shooter, there were far fewer casualties on average. Just this month, a would-be attacker at a mosque in Norway was thwarted when confronted by an elderly congregant. Though shots were fired, no one was killed and the congregant successfully seized the gun.

Repeated calls to cool political rhetoric have gone unheeded, but that too would help. We are already seeing what appear to be adverse effects of inflammatory language and opinions, including from national leaders. A recent news report found 36 cases where police records, court proceedings, or other direct evidence shows the assailants were motivated, one way or another, by U.S. political leaders and their rhetoric. The number of serious threats to members of Congress is climbing at a record-setting pace; the Capitol Police expect to open over 5,000 cases this year alone.

Although no one expects partisanship to instantly recede, it would be useful if political and opinion leaders did two things. First, forcibly express their belief in the humanity and patriotism of their political opponents. And second, explain exactly how their supporters can take action in constructive and nonviolent ways. Broadcasting waves of anger, contempt, and disgust (PDF) about political opponents to the point of dehumanizing them might suggest to some that a violent response is not only justified, but expected.

Mass shootings targeting the public, like all terror attacks, are designed to make people feel helpless. But we are not. By better detecting attacks in advance, lowering casualties when they happen, and modifying rhetoric so it is less likely to incite violence, we can improve our defenses.

John S. Hollywood is a senior operations researcher and policing market manager at the nonprofit, nonpartisan RAND Corporation, where he conducts decision science and systems engineering-related research in the areas of criminal justice, homeland security and information technology. Jordan Reimer is a policy analyst in RAND's defense and political science department. He previously worked as an intelligence analyst for the New York City Police Department, where he specialized in counterterrorism investigations.

This commentary originally appeared on The Hill on August 23, 2019. Commentary gives RAND researchers a platform to convey insights based on their professional expertise and often on their peer-reviewed research and analysis.