Israel’s War with Iran May Be Going Too Far 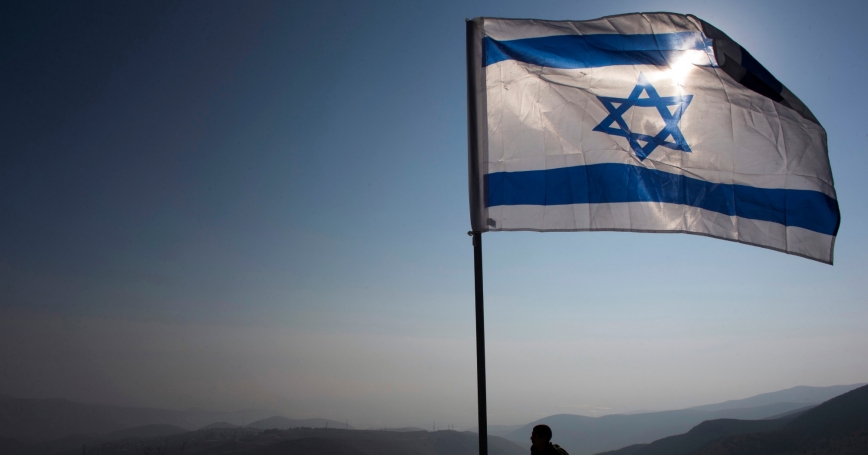 An Israeli soldier stands guard under an Israeli national flag in the Jordan Valley near the Jewish settlement of Maale Efrayim, January 2, 2014

Israel's military campaign against Iranian-aligned forces in Syria, Lebanon, and reportedly Iraq might seem like an appealing way to subcontract parts of the Trump administration's pressure campaign against Iran, but it may be time to ask whether these attacks are serving the interests of the United States—especially in Iraq.

There is little debate among external powers about Israeli attacks in Syria, where Israel is one of many actors vying to protect or promote their interests in the war-torn country. For Israel, Iran's growing presence in Syria—which, like Russia's presence, bolsters the Assad regime—has been the primary focus of its concern. Israel is less worried about Assad's fate than about the Iranian Revolutionary Guards' Quds Force and Hezbollah moving weaponry and producing missiles that could threaten its borders, potentially creating a second front beyond Hezbollah's well-established position in Lebanon.

Israel has launched hundreds of airstrikes on Hezbollah and Iranian targets over the course of the war. A lull took effect following the downing of a Russian military plane by Syrian forces nearly a year ago, which the Russians blamed on Israel. But since that incident, the Israelis and Russians appear to have come to an agreement that allows Israeli military operations in Syria to continue unimpeded.

For example, in late August, Israel attacked Iranian Quds Forces and Shia militia targets to prevent what it claims would have been a major drone attack against Israel. Secretary of State Pompeo defended Israel's right to defend itself from Iranian attacks emanating from Syria. Meanwhile, the Russians continue to look the other way as long as Israeli attacks do not disrupt its own operations in the country.

However, Israel's operations against Iran may be expanding to a point where the risks and spillover will not just affect Israel but may also threaten other U.S. regional interests. Recent attacks in Lebanon attributed to Israel, rare since Israel's 2006 ceasefire, could risk a new regional war between Israel and Hezbollah if the rules of engagement become unclear, though the contained escalation following recent Hezbollah casualties suggests neither side is eager for conflict. But it is the possibility of Israel expanding its anti-Iran campaign to Iraq that could have the most significant impact on the United States.…

Dalia Dassa Kaye is a senior political scientist and director of the Center for Middle East Public Policy at the RAND Corporation.

This commentary originally appeared on The National Interest on September 15, 2019. Commentary gives RAND researchers a platform to convey insights based on their professional expertise and often on their peer-reviewed research and analysis.