Southeast Asia Loves ISIS, but Is the Feeling Mutual? 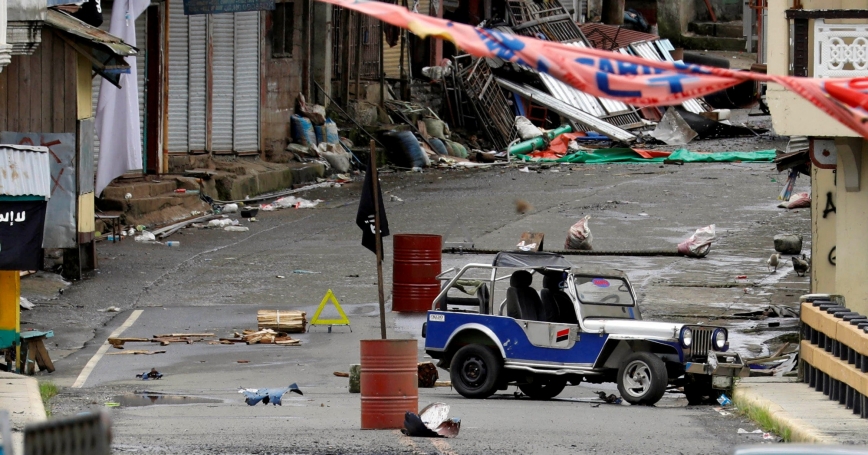 The Maute group stronghold with an ISIS flag in Marawi City, in southern Philippines, May 29, 2017

On March 23, 2019, U.S.-backed Kurdish and Arab militias captured the last territorial redoubt of the Islamic State (or ISIS) in Iraq and Syria. After a bloody, four-year campaign, a caliphate approximately the size of the United Kingdom had been reduced to a 1.5-square-kilometer village in eastern Syria—then wiped from the map entirely.

Six months later, ISIS is still reeling from the shock. ISIS militants initially sheltered underground in enclaves throughout the Levant. They began a sustained campaign of assassinations and ambushes against political power brokers and security forces, particularly in Iraq. At the same time, the organization's affiliate and franchise groups grew in importance and their territorial reach extended east.

Southeast Asia, in particular, has assumed a greater role in the terrorist group's global strategy, despite having been overshadowed by higher-profile wilayats, or provinces, of the self-proclaimed caliphate in the past. The number of ISIS fighters, suicide bombers, organized training programs, and propaganda videos originating from the region has grown steadily in recent years. Without a claim to physical territory anymore, the group's information operations have become even more critical to its success. The nature and spread of ISIS as an organization have changed as a result.

Southeast Asia may be the newest breeding ground for militant Islam. Deeply interconnected but hard to rule, the island-studded region lends itself to unconventional warfare.…

Zachary Abuza is a professor at the National War College in Washington, DC, where he focuses on Southeast Asian politics and security issues, including governance, insurgencies, democratization and human rights, and maritime security. Colin P. Clarke is an adjunct senior political scientist at the nonprofit RAND Corporation and a senior research fellow at The Soufan Center.

This commentary originally appeared on Foreign Affairs on September 16, 2019. Commentary gives RAND researchers a platform to convey insights based on their professional expertise and often on their peer-reviewed research and analysis.