Time to Return to the Basics of Statecraft 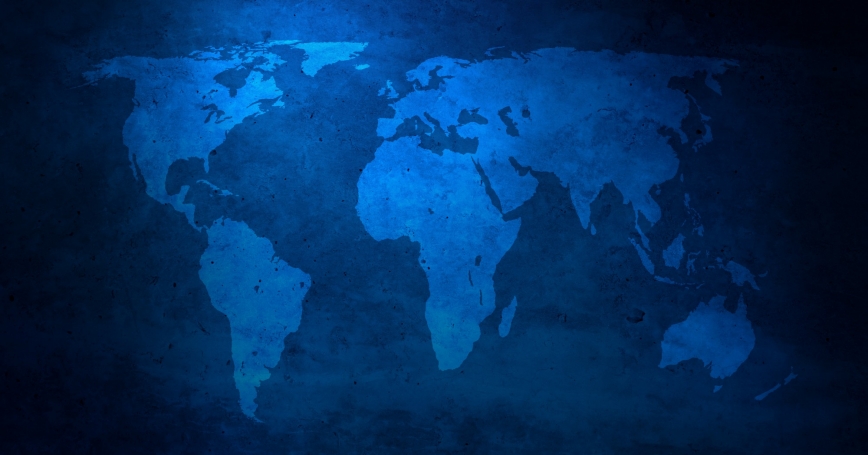 After two decades of relentless setbacks abroad, it's time to ask whether the decline in American influence is irreversible.

Since the turn of the century, even America's apparent successes have turned sour. Afghanistan and Iraq became quagmires. Al Qaeda metastasized in new forms throughout the Muslim world. Russia and China became more hostile. The Arab Spring turned quickly to winter. Democracy everywhere encountered new headwinds. The Paris climate accord, the Iran nuclear deal and the Trans-Pacific Partnership were concluded, then rejected. An ever-growing number of books and articles bemoan the demise of the liberal world order, the erosion of democracy, and the end of the American century.

The Trump administration's response can be characterized as “no more Mr. Nice Guy.” This view holds that while the U.S. has been busy propping up the international order and safeguarding the global commons, its friends and adversaries have been taking unfair advantage by encroaching on American markets and free-riding on American security guarantees. The time has come, it's argued, to renegotiate America's most solemn undertakings, those underpinning both the global trading system and the Western security architecture—and withdraw from them if better deals cannot be struck.

The response from the left is less belligerent and less unilateral, but it shares President Trump's aversion to further trade liberalization and foreign security entanglements.

The most fully articulated version of this approach comes from self-described realist writers on the left or the libertarian right who call for the withdrawal of U.S. forces from overseas locations including Europe, East Asia and the Middle East, advocating a strategy of “offshore balancing,” or relying on regional allies to check the rise of hostile powers, rather than forward defense.

It's well past time to abandon the illusion of omnipotence and the temptation to unilateralism—bitter fruits of victory in the Cold War.

Implicit in both responses is the view that America's once-dominant position has eroded and its global commitments need to be pruned. There is something to this argument, especially in the Middle East. American influence is not as unchallenged as it was in the early 1990s. It's well past time to abandon the illusion of omnipotence and the temptation to unilateralism—bitter fruits of victory in the Cold War.

Even still, the global balance of power is more advantageous today than it was in the late 1960s, when America was bogged down in a costly, unpopular and unwinnable war in Indochina and faced a heavily armed, hostile and repressive Soviet Union still allied with China.

America nevertheless recovered from that lost war and its accompanying domestic turmoil. Elected in 1976, the year after the fall of Saigon, President Jimmy Carter briefly flirted with retrenchment. But by the end of his term, he had brokered a lasting peace between Israel and Egypt, committed the U.S. to the defense of the Persian Gulf, begun covert support for the anti-Soviet insurgency in Afghanistan, secured European support for the deployment of nuclear-armed missiles, and reasserted the role of human rights in U.S. policy.

In 1980 President Ronald Reagan was elected, and it was morning in America again. Over the next decade, he and President George H.W. Bush consolidated American leadership of the free world, expanded democracy, deterred aggression, negotiated nuclear-arms reductions, and helped liberate Eastern Europe, reunify Germany and win the Cold War.

Neither China nor Russia is responsible for the many setbacks the United States has encountered in the last few decades. Those failures have been self-inflicted.

America's global standing was not restored by cutting back its commitments. Instead, its leaders re-emphasized the qualities of statecraft that had characterized U.S. policy in the early years of the Cold War: strength and constancy guided by prudence and restraint. Americans came to regard the Vietnam War as a mistake, not an indelible sign of American decline. The U.S. had been largely bereft of allies in Vietnam. This underscored the dangers of unilateralism and the importance of alliances.

America is not now in a new Cold War, but the lessons of that earlier recovery remain sound, in particular the need to restore Western solidarity, provide dependable American leadership, and occupy the moral high ground. Ultimately, neither China nor Russia is responsible for the many setbacks the United States has encountered in the last few decades. Those failures have been self-inflicted, the result of flawed policy rather than any decisive shift in the global balance of power.

James Dobbins holds the Distinguished Chair in Security and Diplomacy at the nonprofit nonpartisan RAND Corporation.

This commentary originally appeared on The Wall Street Journal on August 5, 2019. Commentary gives RAND researchers a platform to convey insights based on their professional expertise and often on their peer-reviewed research and analysis.