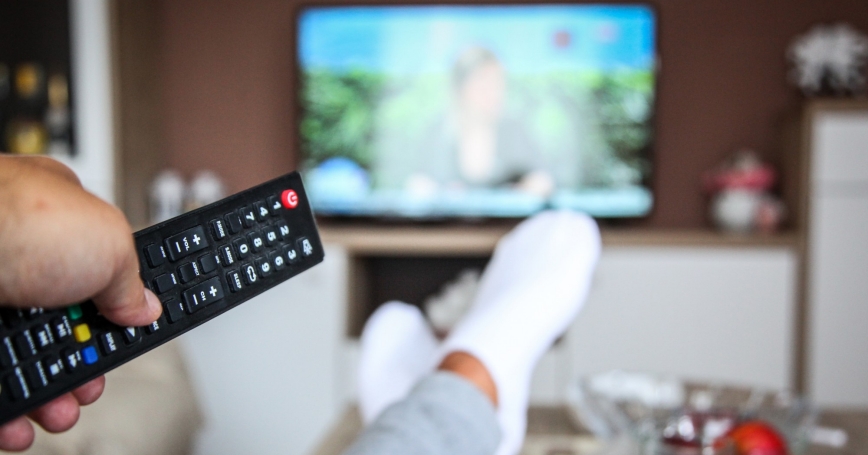 Physical inactivity is a mounting challenge for America. In reviewing the 2013–2015 American time use survey, we found that most Americans report spending their daily leisure time watching screens, and devote only a small fraction of leisure time—24 minutes for men and 14 minutes for women—to physical activity. A recent longitudinal examination of the National Health and Nutrition Examination Survey showed that sitting time increased by an hour a day between 2007 and 2016, with the largest increases among adolescents ages 12–19 and adults, 20 years and older. As mortality rates for heart disease have begun to climb, increases in sedentary behavior bode poorly for future control of disease and health care costs.

The explosion in streaming apps and content is likely contributing to the increased sitting time. According to the Motion Picture Association of America, TV and movie views have more then doubled between 2014 and 2018. The availability of multiple series and the ability to binge watch can keep people glued to their couches for hours at a time. The immersive quality of the programming makes it increasingly difficult for viewers to pull themselves away from their screens. Yet, the technology could provide options to help viewers watch and still get regular physical activity.

The immersive quality of programming makes it difficult for viewers to pull themselves away from their screens.

Currently, after each episode, an option is available to allow the viewer to immediately call up the next episode. Why not consider adding a pop-up that can remind viewers that sitting more than 20–30 minutes at a time may not be good for health, and that it's important to move around to avoid chronic diseases? A narrator could ask viewers to treat themselves to an activity break. Then the viewers could have the option to choose a short video that can guide them through a 10-minute exercise break. Or even a 5-minute break. Something is better than nothing.

There could be many options, from a just a simple stand up and stretch, like the 7th inning break at a baseball game, to vigorous workouts, like the 7-minute workout (PDF) published by the American College of Sports Medicine or doing a Bhangra dance with a Bollywood film star.

Prolonged sedentary behavior is an independent risk factor for a variety of metabolic diseases. Moving one's muscles prevents them from wasting, and also helps support many metabolic functions in the body, from controlling blood sugar, preventing diabetes, reducing inflammation, and lowering the risk of heart disease. Physical activity has been shown to ease depression and elevate mood. It's a critical component of every weight control program as well.

Without a pop-up reminder or mechanism to easily pull up an exercise video, it's unlikely that many people will interrupt their view time for physical activity on their own. Engaging in physical activity is always a challenge, because people are generally wired to conserve energy. Providing gentle nudges and increasing convenience could be warranted in this era of growing chronic diseases that are largely a consequence of an environment that has removed the need for physical labor and active transport in people's daily lives.

Screen time among Americans averages three hours per day. If people took three 10-minute exercise breaks a day, they could easily meet the national physical activity guidelines. Imagine that Amazon, Netflix, CBS, and Hulu and newcomers to streaming services like Apple, Disney, and NBCUniversal could be a part of the solution to America's growing physical inactivity crisis.

Who will be first to add this exercise option? Which streaming services might vie to take an action meant to demonstrate that they care more about the health and well-being of their viewers?

Deborah Cohen is a senior physician policy researcher at the RAND Corporation, and the author of A Big Fat Crisis: The Hidden Influences Behind the Obesity Epidemic—and How We Can End It.

This commentary originally appeared on The Health Care Blog on October 11, 2019. Commentary gives RAND researchers a platform to convey insights based on their professional expertise and often on their peer-reviewed research and analysis.