Do Workers' Protections Need to Depend on Employee Status? Looking Beyond AB 5 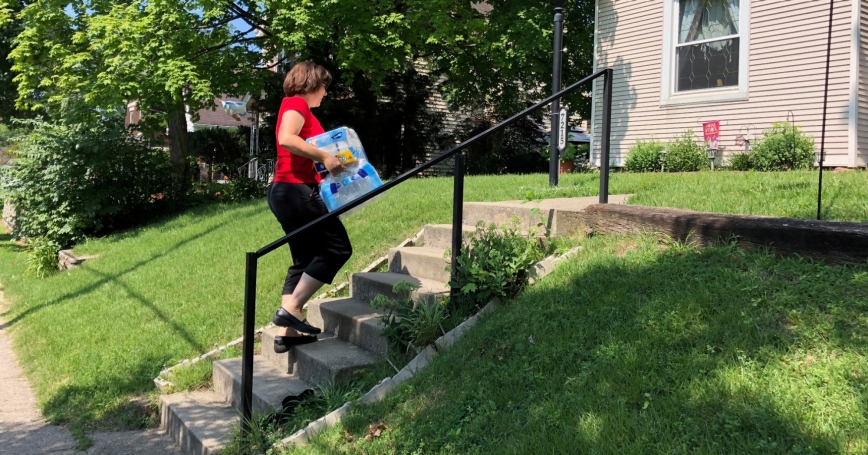 by Samantha Cherney and Lynn A. Karoly

The recent passage of AB 5 in California, which enshrines the ostensibly more labor-friendly ABC test for determining whether a worker is an employee or independent contractor, has received quite a lot of handwringing press coverage. This new law has brought attention to the differential treatment of workers in the gig economy classified as independent contractors relative to their counterparts in more traditional jobs who are classified as employees.

Press coverage has centered on drivers for Uber, Lyft, and DoorDash and the arguments by representatives for those companies that the law will not require a reclassification of their drivers or, if reclassification follows, that it will reduce profits and harm workers. While the coverage of AB 5 has been mostly narrowly focused on these app-based companies, the legislation points to a broader issue: the evolving employer-employee relationship in response to technological changes and other forces affecting the nature of work. This is not new.

The U.S. labor system, and the related patchwork of laws and regulations, evolved in the industrial era when an employer-employee arrangement became the norm. Over time, a variety of worker protections were established at both the federal and state levels. The policies that were developed include provisions governing hours and time off, wages and benefits, discrimination and forms of harassment, worker safety, and whistleblower claims. These policies define the rules that govern employer behavior, as well as the remedies for workers when employers fail to follow the rules.

Another integral element of the traditional employer-employee relationship is that various types of risk-sharing—insurance against illness, workplace injury, disability, and unemployment—are available to many employees through their employers.

There has never been a time when all workers received the protections of U.S. labor law and employment-related fringe benefits. There have always been independent contractors and the self-employed, individuals who are not considered to be employees. Furthermore, depending on the law or regulation, some employees may be excluded from the protections because, for example, their sector is not covered by the law or their employer's company or firm is deemed by law or regulation to be exempt because it is too small. And for some risk protections, it is entirely up to employers to determine if they will offer the benefit or not.

Regardless of the importance of app-based work…it might be worth reconsidering the current approach to providing remedies for workers in the face of unfair or unjust practices.

Now, with the spotlight on the gig economy, access to these protections and benefits has gained greater attention. Regardless of the importance of app-based work, especially as the primary source of income for workers, it might be worth reconsidering the current approach to providing remedies for workers in the face of unfair or unjust practices, such as discrimination and harassment, and to protecting workers against various types of risks.

Rather than focusing on the definition of who is an employee, we could ask which of the current array of employment-related protections and benefits are important for workers to have regardless of their status as an employee. Then, for those protections and benefits deemed essential, policymakers might consider whether, and if so how, to establish institutional arrangements to maintain those provisions in the face of evolving employment relationships.

For example, we might agree that employees and independent contractors should be equally protected from discriminatory practices on the part of the company that pays for their labor (or provides a platform that facilitates their labor) and have equivalent access to remedies when the company violates established protections.

If protection from work-related injuries were to be deemed essential, coverage through a state worker's compensation system could be extended to independent contractors if policymakers chose to do so, although whether such coverage would be mandatory and who would pay for the cost of coverage would need to be determined. Such a public-sector solution is similar to the federal and state health insurance marketplaces under the Affordable Care Act in that it delinks access to group health insurance rates from an individual's employment status and provide a mechanism for government to subsidize the cost of insurance premiums for lower-income individuals.

In other cases, risk protections may be provided by a third party, independent of the work context. For example, The Freelancers Union, which offers its members a variety of insurance products at a favorable rate, represents a private sector example of access to benefits that are not tied to an employment relationship. Other sectors may serve as models, such as the entertainment industry, where project-based work rather than ongoing employment with a company has meant that SAG-AFTRA (Screen Actors Guild-American Federation of Television and Radio Artists) and other similar organizations provide access to health insurance and pension plans, among other benefits.

This combination of broad-based protections against improper behavior by the companies that pay for or facilitate labor and access to coverage against key economic risks that is not tied to the employment relationship might foster the employment flexibility that many workers and firms are seeking. As the nature of work evolves and the relationships between workers and firms become increasingly complex, it's possible that disentangling worker protections from worker classification rules will become a policy option worth further exploration.

Samantha Cherney is a quantitative analyst and Lynn A. Karoly is a senior economist at the nonprofit, nonpartisan RAND Corporation.