Hong Kong's Digital Protests: Blizzard Case Could Be a Warning for Fortune 500 Companies 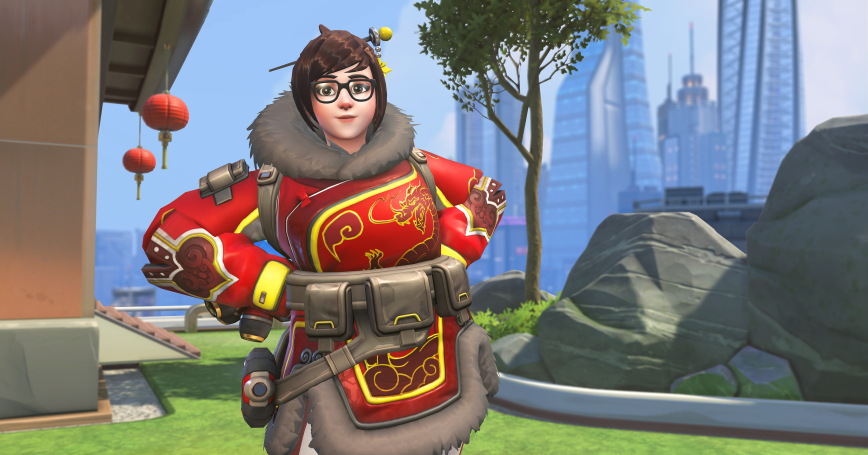 Mei-Ling Zhou, a character in the game Overwatch

Activision Blizzard, one of the world's leading video game firms and owner of bingeable mobile games such as Candy Crush, recently found itself drawn into the political controversy surrounding the Hong Kong protests. The experience could serve as a warning for other companies that could find themselves plunged into crisis-management mode by world events.

The protests, ostensibly about an extradition law, touch on the viability of China's promise to administer Hong Kong according to a “one country, two systems” proposition with a communist political system exercising control over a democratically-run region.

“Hearthstone” is a digital card game that has a global player base including professional and casual gamers alike. Blizzard was quick to suspend the player for violating a player code of conduct agreement, which includes a catch-all requirement about making remarks that “offend a portion or group of the public.”

Blizzard did not specify which public Chung had offended. Blizzard customers—a gamer crowd famously irreverent and snarky—were quick to accuse the company of compromising its ethics to maintain positive relations with Chinese regulators and one of Blizzard's minority shareholders: TenCent Games (a Chinese firm).

Customers were quick to accuse Blizzard of compromising its ethics to maintain positive relations with Chinese regulators.

Unlike Mercedes-Benz's 2018 woes with a Dalai Lama–inspired advertisement or the more recent NBA entanglement in the Hong Kong protest, U.S. firms such as Blizzard are in a more precarious position precisely because their digital products are co-located with a readily adopted tool of protest: a computer or phone.

In virtual worlds like those provided in Blizzard's universe—“Overwatch,” “Hearthstone,” and “World of Warcraft”—fans are conscripting Blizzard intellectual property directly into their protest memes—perhaps in an attempt to run Blizzard's leadership directly into the maw of China's cyberspace administrator and Great Firewall administrator, the Office of the Central Cyberspace Affairs Commission.

In particular “Mei-Ling Zhou” (周美灵), an “Overwatch” character with the motto “Our world is worth fighting for,” has been coopted by Blizzard's player base. “She's [Mei-Ling] pretty much ready-made for this protest,” said Christopher Lawrence, a video game designer in Santa Monica, California. Blizzard's customers recognized Mei-Ling's obvious China relevance, and Lawrence observed the gamers may be seeking to compel Blizzard to take a stance vis-à-vis the protest.

The game character, introduced by Blizzard in 2016 as a Chinese national “adventurer/climatologist,” was almost certainly created with an eye to the growing Chinese video game market and fan base.

Instead of anchoring Blizzard's China-player base, players have instead updated Mei-Ling's face paint to sport protest logos, and ingeniously used Mei-Ling to re-enact the iconic 1989 Tiananmen Square protest image of “Tank Man” opposite another character “Bastion,” who just happens to transform into a battle tank.

Angered gamers have taken to review-bombing and down-voting products associated with these platforms to compromise the channels that gaming firms use to monetize their intellectual property.

On gamer channels like Twitch and in threads on Reddit, Blizzard is sometimes more a proxy for Chinese authoritarianism than the primary target of gamer ire, but even this is a problem for firms like Blizzard.

As Disney recently learned in 2017 with the incidental “meme'ing” of the docile cartoon character Winnie-the-Pooh as Chinese President Xi Jinping, political memes trigger an almost immediate response from censors. And that censorship is a direct threat to predictable revenue streams when the contentious intellectual property sits across multiple entertainment digital platforms.

In all of this, U.S. customers are not potted plants. As Mercedes-Benz, Disney, and now Blizzard have learned, it's a slippery path into crisis-management mode when world events collide with the use and marketing of products and intellectual property. And if the next people's march on Tiananmen Square in Beijing is a digital one, other Fortune 500 firms could be dragged along for the ride.

Sale Lilly is a senior policy analyst at the nonprofit, nonpartisan RAND Corporation.

This commentary originally appeared on Korea Times on October 29, 2019. Commentary gives RAND researchers a platform to convey insights based on their professional expertise and often on their peer-reviewed research and analysis.