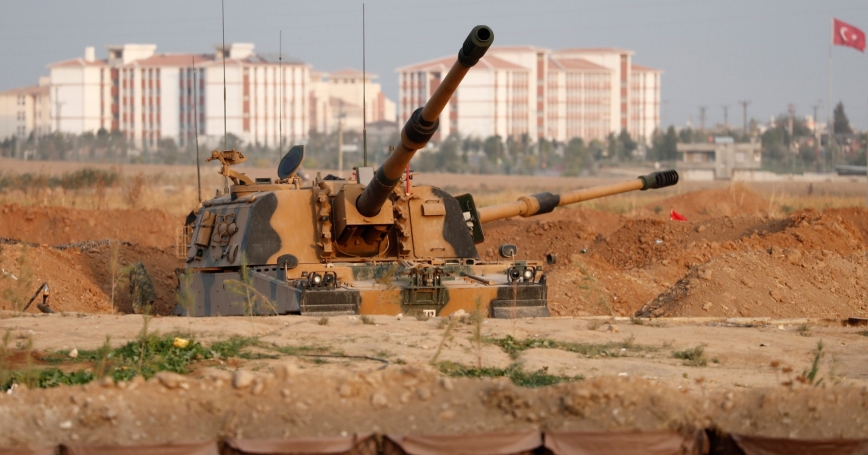 The American military presence in northeast Syria was always an anomaly, unlikely to be sustained indefinitely. The manner of its termination has nevertheless proven inept and unnecessarily costly.

American forces entered Syria and partnered with the Syrian Kurds for good reason. The Kurdish defense force, known as the YPG, was the only force willing and able to root out ISIS and close down its so-called caliphate. Indeed, the United States tried partnering with other Syrian forces prior to settling on the YPG as their choice for a local ground force. But those earlier groups lacked the discipline of the Kurds, were infiltrated by extremists, and preferred to fight the Assad regime over combatting ISIS. Given the options, the Kurdish forces were the logical choice.

But if the military advantages of partnering with the YPG were clear, it was equally clear that none of their neighbors would indefinitely tolerate an independent Kurdish state. Turkey was most agitated by this scenario given the Syrian Kurds' links to the Turkish Kurdistan Workers' Party, or PKK, a designated terrorist group that has waged a low-grade insurgency against the state for decades. At some point, and under conditions to be defined later, Syrian sovereignty would likely need to be reextended over this territory. The Kurds seemed to accept this by maintaining a working relationship with the Assad regime in Damascus.

The manner of the termination of America's military presence in northeast Syria has proven inept and unnecessarily costly.

The imperative to find a path for Kurdish reintegration into the Syrian state became more urgent following President Trump's order in December of 2018 to withdraw all U.S. forces from Syria. Although its execution was stayed, this directive could have led U.S. officials to begin laying the groundwork for an orderly departure. In particular, it could have led them to foster or at least tolerate a dialog between the Kurdish authorities and the Syrian government. Instead, they encouraged the Kurds to believe that American protection would be extended indefinitely.

By the time Trump had his controversial phone call with President Erdogan ahead of the latest Turkish military intervention, the number of U.S. troops in Syria had been halved, with the American contingent reduced from 2,000 mostly special operations forces to 1,000 troops.

Turkey was also continuing to voice dissatisfaction with American workarounds. Specifically, they pronounced themselves unconvinced that the “security mechanism” Washington established with Turkey on the Syrian border, which consisted of joint patrols and the removal of Kurdish fortifications, sufficiently assuaged Ankara's security concerns. And yet, despite these signals that the status quo was cracking, there was no corresponding initiative to broker a Kurdish accommodation with the Syrian state.

In the end, it appears the U.S. administration proved unable to choose among its competing interests in Syria. Secretary of State Mike Pompeo and former National Security Advisor John Bolton clearly had limiting Iranian influence at the top of their Middle Eastern agenda. The Defense Department's priorities were completing the anti-ISIS mission and protecting their Kurdish allies from Turkey. And the president had not given up his determination to end the U.S. military mission in Syria.

Last week, the president reiterated his order, effectively green-lighting a Turkish invasion, opening a campaign of ethnic displacement and sparking the rapprochement between the Kurds and the Damascus regime that could have begun 10 months ago, when the Kurds and the United States had much more leverage. At that point, the Kurds held a third of Syrian territory, including its largest oil field. Certainly that position could have been parlayed into a better outcome in terms of ensuring the Kurds' place in Syria and keeping military pressure on ISIS than is likely today.

Statesmanship requires the ability to choose between sometimes unpalatable alternatives. Statecraft requires a rigorous process of refining and a timely means of deliberating on those alternatives. These qualities have been notably lacking in charting the administration's Syria end game thereby compounding the unavoidable costs of withdrawal with charges of betrayal and a retreat under fire.

James Dobbins is a senior fellow and distinguished chair in Diplomacy and Security, and Jeffrey Martini is a senior political scientist with the nonprofit, nonpartisan RAND Corporation.

This commentary originally appeared on The Hill on October 17, 2019. Commentary gives RAND researchers a platform to convey insights based on their professional expertise and often on their peer-reviewed research and analysis.