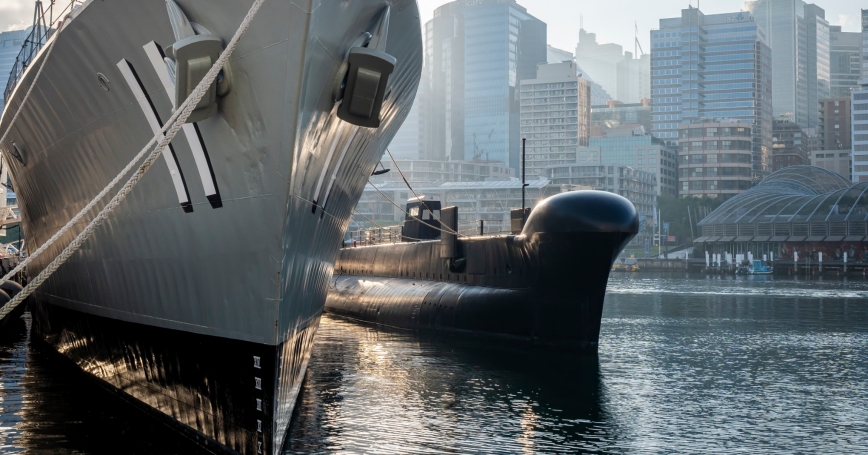 by John Birkler and Robert Murphy

Informed debate will benefit the nation's defence. It has been debated in some quarters for years that Australia should operate and maintain nuclear-propelled attack submarines. While controversial for some, the option of nuclear submarines in Australia's future fleet may be a useful alternative given trends in the country's security environment. Australia's security needs two decades from now could be significantly different than what it plans for today, with correspondingly different roles and missions assigned to its submarine fleet. By not understanding all of the implications surrounding a nuclear submarine fleet, decision-makers may be inadvertently closing or constraining Australia's ability to field a robust and dynamic defence force that can respond to fast-evolving security threats.

This prospect raises two significant policy issues for Australia. The first is whether the commonwealth can operate and maintain nuclear submarines in a sovereign environment that has no civilian nuclear power industry to supply the nuclear-trained staffs, as well as build and maintain the infrastructure that is necessary. The second is whether Australia is prepared to establish an indemnification and regulatory environment that would be critical to safely and effectively operate and maintain nuclear vessels for 50 years.

To address the first issue, policymakers should understand the links between the civilian and submarine nuclear power industries in countries such as the US, Britain and France. Naval nuclear power systems are different and more specialised in important ways. Naval nuclear reactors are small, must operate for decades without replacement or major maintenance, experience frequent power variations and are designed to operate in proximity to humans.

Given the significant differences, it is important to understand and forecast the degree to which one industry segment can exist without the other. Policymakers could look at the trends in civilian and military nuclear technologies.

The second issue that policymakers need to address is safety. A unique aspect of such submarines is the enormous amount of energy stored in their reactor cores.

Built, operated, and maintained properly, this energy is released in a controlled manner over a long period.

A sudden, uncontrolled release of this energy could be catastrophic, not only to the submarine, but to people and property nearby.

Given that private insurance typically does not cover nuclear risks, an effective scheme to indemnify possible victims of a nuclear accident could be critical. Without such an indemnity scheme, companies might be unwilling to provide components and services to maintain and operate propulsion plants.

As Australian policymakers and the public debate the nuclear submarine option for the Royal Australian Navy, it could be valuable for them to broaden their understanding of what it would take to establish: "A sovereign and robust industrial capability to operate and maintain submarines equipped with mobile nuclear power propulsion plants; "A rigorous regulatory scheme to ensure mobile power reactors are safely built, tested, operated, maintained and deactivated; "An indemnity scheme to cover third-party liabilities in the event of a "nuclear" incident; "Training and development paths for regulators, engineers, operators and maintainers; and "Facilities necessary to service nuclear-powered submarines. By gaining a thorough understanding of these issues, Australia could have an open and informed debate on the significant costs and benefits of any future nuclear submarine option.

John Birkler is a senior fellow and Robert Murphy is a senior policy researcher at the non-profit, nonpartisan RAND Corporation.

This commentary originally appeared on The Australian on September 30, 2019. Commentary gives RAND researchers a platform to convey insights based on their professional expertise and often on their peer-reviewed research and analysis.